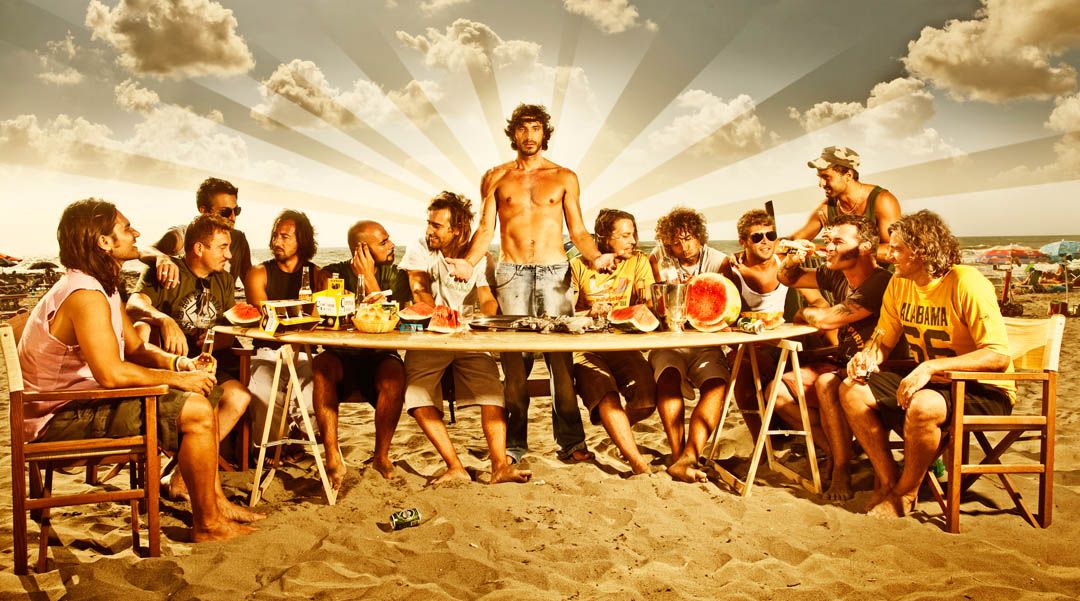 One of the great dangers to liturgical churches is the fear that people will misunderstand or get the wrong idea about who we are and what we do.  We have learned to be embarrassed by our liturgy, our ceremonial, our piety, and our theology.  So our temptation is to make what we do somehow casual or ordinary or no big deal.  There are those who temper the solemnity of the Divine Service with jokes and other forms of humor to lighten things up -- as if the things of God were by nature too heavy.  There are those who treat the liturgy and our ceremonial as if these were formal clothing to be worn casually just to make sure that people do not take them too seriously.  There are those who impress their personality upon every aspect of the liturgy and preaching -- falsely claiming that the rubrics focus too much on the person presiding and, in fact, making themselves more the center of what happens on Sunday morning rather than less.  Such liturgical impiety is the plague of liturgical churches and it is also a problem for us as Lutherans.

We snip away at the liturgy with a scissors designed to make it easier, less foreign to visitors, more accessible to everyone, and, especially, to shorten the time we spend in God's presence.  We bow to everyone's preferences by making choices according to what we think people want and will like -- from the hymns we select to the methods of distribution that will calm their fears to the perfunctory awkwardness we feign in the chancel (so people will not believe we like wearing vestments or are comfortable with the solemnity of God's presence).  We insert humor to lighten moments that are intentionally solemn -- from the way some treat confession and absolution to the way we pray on behalf of God's people and all people as they have need.  Such liturgical impiety will be our undoing because it implies that what we are doing is not serious and that there is no holy ground of God's presence.

If God's Word is efficacious and delivers what it promises and does that of which it speaks, why would we not reverence that Word?  The use of a Gospel book (or lectionary) and lifting that book when we say "The Word of the Lord" is not simply ritual but flows from what we are saying -- this IS Gods' Word, His living voice, and the means to impart and sustain our faith by the power of the Holy Spirit at work in that Word.  When we bow (or genuflect) we are not bowing to ritual but honoring the Lord's presence in His flesh and blood in this blessed Communion.  We are not adding anything but responding to what God has done in entering our time and space with the once for all sacrifice of Calvary and giving these to us as gifts and blessings.  Liturgical impiety is directed not at the ceremony or the reverence but to the things of God which are neither valued nor appreciated for what they are.

We do not need to light up the serious things of God but adjust our own attitude to what the Lord is doing among us through His means of grace.  We are not making things more accessible but distancing our people from the very things that God has descended to us to bestow.   By making casual the extraordinary things of God's Word and Sacraments, we are being discouraged from the true and salutary response of the faithful to God and His gracious favor.  God uses common things but in using them they are no longer common.  The common water is, by the Word and Spirit of God, made into the uncommon womb by which sinners marked for death are born again through forgiveness to everlasting life.  The common bread and wine are made into the uncommon meal by which the penitent sinners feast upon the foretaste of the eternal, receiving the forgiveness of their sins, and are fed in body and soul with grace sufficient for all their needs.  When we make ordinary what God is doing as extraordinary gift and blessing, our liturgical impiety gets in the way of God and His saving work.

Speaking particularly as a Lutheran, I fear that the genie is out of the bottle and it will be very difficult for us to rein in what has become normal among us.  We live in a time of unparalleled liturgical diversity which has but one thing in common -- our liturgical abuses have arisen from and in opposition to the idea of the holy and our response of reverence to the things of God.  In fact,  such liturgical impiety has become so commonplace that the liturgy is often barely recognizable in too many congregations claiming to be Lutheran.  It is as if Lutheran has become a theoretical idea without practical shape or form on Sunday morning.  This is the mark of trouble for our future and a recognition that we face a serious crisis.  We have no brand, no brand loyalty, and no brand identity -- except that whatever happens in any Lutheran congregation on Sunday morning is claimed to be Lutheran, justified by adiaphora, and commended to the faithful as God pleasing and good.

"Adiaphora"? certainly seems to be the new word of "Acceptance" to anything they want in the church. I sometimes wonder what percentage of WELS members even know how doctinal WELS is supposed to be.Just like the mega churches that seem to preach only the feel good parts of the Bible, sometimes I think so goes many WELS churches. How many churches still have Bible classes for new members that cover what the Word of God says before they are accepted as members? Is one class sufficient?
It is sad when church services have to end early so people can watch their football teams. So they are cut down in time and yet the jokes and other forms of humor to lighten things up still are included. It is sad when abortion is pretty much not brought up so as not to offend people who believe it is fine.
I often wonder has something changed in our seminary? Are they taught they need humor? I for one don't appreciate it as 10 - 15 minutes of the law and gospel per week is not enough. If WELS is to continue to be a confessional Biblical church something had better change.
How many people read their Bibles?

Thank you for your message.