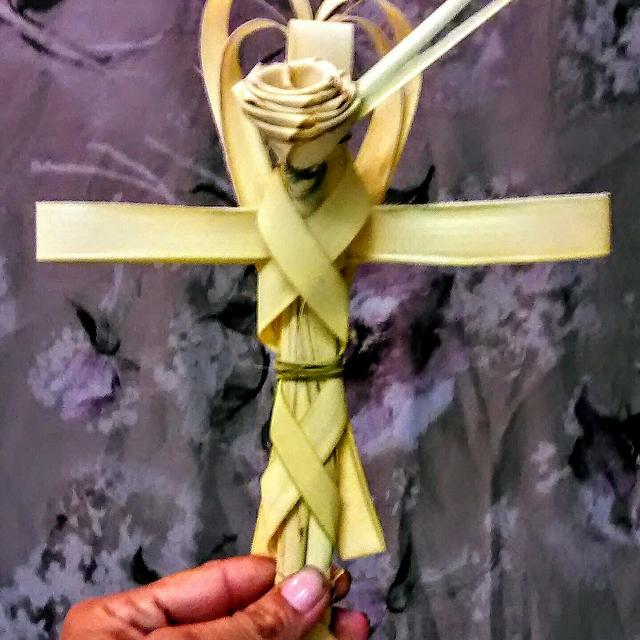 When I grew up Jesus did not ride in on Palm Sunday, the confirmands did.  We did not receive palms or think much of all about the position of this Sunday as the end of Lent and the start of Holy Week.  Back then there was no Passion Reading so in it was a Sunday not necessarily at all about Jesus.  Imagine my surprise when I encountered a Palm Sunday without confirmation.  It was a shock.  Then when people shoved a wiggly palm branch into my hand, I was not at all sure what was up.  In the end, I have come to appreciate Palm Sunday and its balance with Passion Sunday more and more.  Sure, there are still those who long for the old days and who are not big on palms or on the reading of the Passion but I think it is growing on us now (after more than a generation!).

Palm Sunday, as the final Sunday of Lent, brings to a close the Lenten season and delivers us on our journey to the cross right in Jerusalem as Jesus enters to make His way to Calvary.  As the beginning of Holy Week it points us even more profoundly toward the destiny our Lord has chosen.

Although we know it as Palm Sunday because of the distribution of palm fronds (or palm crosses) to the faithful, this is not a reenactment.  We are not doing a religious play.  I admit I am not that much a fan of the reading of the Passion in which parts are doled out to other voices and the faithful speak as the crowd.  This is a commemoration but not a reenactment of the events from our Lord's arrival on the bad of a young donkey, accompanied by the praises of the townspeople, on a pathway of clothes and palm branches, and with shouts of Hosanna. This was a customary practice to show respect for those who entered the city and not an exclusive or unique act for Jesus alone.  Palms symbolize victory and the peace that follows a victory.  The donkey represents humility -- as one who has come to serve not to be served.  But the end of the ride is not a throne but a cross, not to reign in power but from the cross, not to live but to die, not for Himself but for the whole world.

This event is recorded in all four Gospels.  It is not a small detail.  But it is not victory lap taken after a successful run of a three year public ministry.  The victory is not in the palms but in Jesus who comes willingly to suffer as the innocent for the guilty.  It is not about pyrrhic victory but a cost which was exactly that which was needed to secure life for a people marked for death and to reconcile the sinners who were God's enemies that they might be friends again -- even family!  Jesus predicted this several times in the Gospels, to various reactions, but now His death will scatter the disciples until they are reunited by His resurrection.  There is much to this story.

Holy Week came together in the fourth century led by the practices of the church at Jerusalem. There, in the days leading up to Easter, the Palestinian Christians Palestine congregated at the actual sites where the events took place, from Palm Sunday to the Resurrection -- offering prayers, hymns, and Scripture readings at stations along the way.  As pilgrims from other parts of the world visiting Jerusalem at that time carried home the customs they observed, Holy Week gradually became a more universal.  Now we are heirs to this great tradition as it leads and guides our hearts to walk to the cross in reverence and awe and rejoice at the empty tomb -- where Jesus won for us our salvation.  Blessed Palm Sunday!

1 Ride on, ride on in majesty!
Hark! All the tribes hosanna cry.
O Savior meek, pursue Thy road,
With palms and scattered garments strowed. 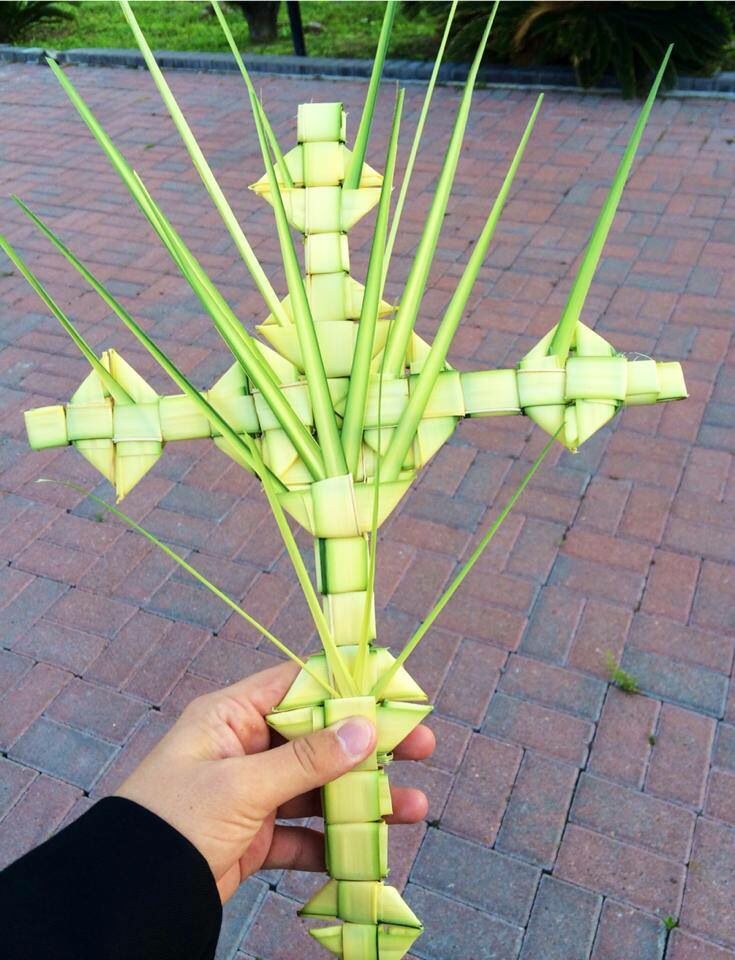 2 Ride on, ride on in majesty!
In lowly pomp ride on to die.
O Christ, Thy triumphs now begin
O’er captive death and conquered sin.

3 Ride on, ride on in majesty!
The angel armies of the sky
Look down with sad and wond’ring eyes
To see the_approaching sacrifice.

4 Ride on, ride on in majesty!
Thy last and fiercest strife is nigh.
The Father on His sapphire throne
Awaits His own anointed Son.

5 Ride on, ride on in majesty!
In lowly pomp ride on to die.
Bow Thy meek head to mortal pain,
Then take, O God, Thy pow’r and reign.