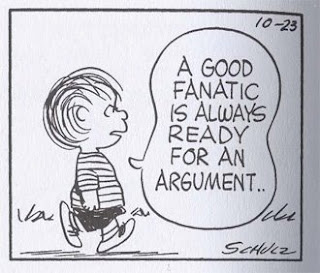 Joe Carter over at First Thoughts has pointed me to an article on the reason why and the history behind celebrating the birth of Jesus on December 25.  Written by Andrew McGowen, this is a pretty thorough going look at the answers offered and which is most likely the real reason why Dec.25 is Jesus' birthday.  You can read it HERE.

I am not going to rehash the article here, but to say how often the ordinary explanation chosen for such things is one that casts doubt and suspicion on the motives of early Christians.  In this case it is the idea that Christians chose Dec. 25 to draw attention away from a pagan festival (Sol Invictus or Saturnalia).  Why does it always seem that people put agendas on such explanations and make it seem that the early Church was somehow duplicitous in the way it acted?  We find this such a common knee jerk response to so many questions.  Here the author suggests that there were theological reasons, or, better perhaps to say significance, for the choice.

Of course, someone always has to bring Constantine in these things as if he was a nemesis of truth instead of its defender.  So it just may  be that there is no nefarious reasoning to all of this but an honest attempt to work within the framework of common scientific or accepted reasoning on these things -- and then you end up with December 25.

My point is that dealing with the date is often the tip of the iceberg among those who believe that the best way to celebrate Christmas is to demythologize it from its Biblical captivity.  Well boo hoo to all those who feel that the text must be explained away, Christian practice must be exposed, and the ordinary way of thinking must be deceptive rather than forthright.

I grow weary of those who believe that they are doing a service to truth by denying it, doing something credible to debunk the credibility of the text and practice of Christendom, and doing science by insisting that Scripture cannot mean what it says and Christian practice must have been born in some tug of war over who is the real Jesus...

Makes you want to say "grow up" to those children who can only say "but" to God's Word.... Why can't they simply go to a Sunday School children's Christmas program and listen... Oh, well, we all have our crosses to bear and those who would vainly try to correct some Christian errors of belief or practice as their most faithful service to God are the crosses to be born by the catholic and orthodox Christian community everywhere.

Read the article and it just might make some sense that the Church was not acting arbitrarily but within the framework of accepted science and belief....An honest attempt to put things together for the sake of the Word and not against it...
Posted by Pastor Peters at 9:35 PM