Getting It Hooked Up Right 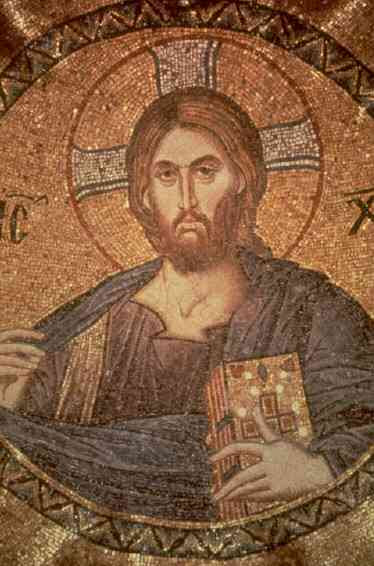 A while back I spent some time at my parents setting up a wireless router for the laptop I got them.  The directions were straight forward enough but issues of sequence and exactness initially fouled us up.  In the end, my fatherly wisdom and my oldest son's tech savy worked through the glitches and got it up and running.  Then we connected the laptop to the network and suddenly his new laptop and our old one were all connected to the world wide web.

The directions were clear enough but our own wisdom entered in from time to time to sequence certain actions differently or go to what we thought would be obvious but, no matter how obvious it was for us to think this, there was another path we had to follow if we were to end up with the outcome desired and promised.

I would say the same thing applies to how God makes Himself accessible to us.  He has given us pretty specific directions in His Word about the efficacy of that Word when we speak it, about the water and Name that make baptism, of the absolution that does in heaven what it says on earth, and of the meal that conveys to us -- hidden in bread and wine -- the very same body and blood of Christ incarnate, crucified, risen, and ascended.  The problem is that we tend to get them out of sequence or we apply our reason and best intentions to what God has given to change His directions and then we don't understand why we end up with something different than was promised to us.

Reason messes with baptism and suddenly results become the issue and infant baptism becomes suspect (because we have already defined faith in a way that is thoroughly reasonable but precludes infants and small children).  Never mind that we have changed what Scripture means to turn the trust of faith into the knowledge, understanding, and consent of faith.  Reason messes with baptism and instead of meeting God in the water we jump into the water to show God we got it, we did it, and we are good with Him.

Reason messes with Holy Communion and our insistence that no one can be in any more than one place at a time and the mystery of God's gift and its richness in supplying the promised grace there becomes a memory meal in which symbolism trumps reality.  We have what we want but what we have lacks what God promises to deliver and so forgiveness is relegated to the realm of a feeling instead of an accomplished fact or the Word that delivers what it says.

Liturgy and worship, hymns and songs are important not for aesthetics but because these either become ours or they remain His domain.  Whether ceremonial or simple, the great temptation in liturgy is to make it my work to please God or what makes me happy and entertains me.  Real liturgy is the discipline of the Word and Sacraments left to God's realm and the obedience of those who come there because God is there, inviting, delivering, and transforming us fallen sinners by the grace of Christ.  Hymns and songs are important not because of "good music" or "bad music" but because the music serves the Word and the Word that it serves is always the story of Christ with our response secondary.  It's power is not to entertain or excite or inspire us but to communicate to us in text and melody the Word of the cross and empty tomb.

Although I tire of saying it, it must be said again and again.  What the Lutheran Confessions say about worship is said from the perspective of making sure we get it right so that what it is delivers to us what God has promised to be there.... and if we get it wrong, what is there for us is nothing -- a shadow at best of what God promises and an empty promise at worst -- both of which leave us empty handed at the end...
Posted by Pastor Peters at 9:27 AM

"Although I tire of saying it..." KEEP ON reminding us. The Gospel, the Word of Christ is not natural to us. We are wired for the Law, and it is logical - do this, get that. The Gospel is outside us, and we must every day remind ourselves, and every week be reminded of this.

Rationalism has always debased the
means of grace, namely Word and
Sacrament. The foolishness of the
cross of Christ interferes with man's
wisdom. The Holy Word, Holy Baptism
and Holy Communion are gifts to us
from a Holy God. Sinful man can only
receive these gifts from our Holy
God as He reconciles, redeems and
restores us to Himself.

The problem with the rationalist
approach to Holy Scripture is that
it is treated like any other human
book. There is no reverence for the
Holy Bible as the inspired Word of
God which can make us wise unto
salvation. A rationalist has no
room for the miracles of Scripture
and thus doctrines like the virgin
birth of Christ, who is true God and
man, and the resurrection of Christ
are rejected. Divine miracles defy
human reason and they can not be
accepted. Thomas Jefferson deleted
all the miracles from the 4 gospels
and said they were against the
laws of science. He only accepted
Christ as a moral teacher.

"real liturgy" is not equal with the
means of grace, but only supplements
and complements Word and Sacrament.
Liturgy is not meant to be on a high
pedestal where we worship the liturgy
instead of the Lord.

Who is saying that we worship the liturgy? If we get the liturgy right, it will deliver to us the means of grace. If we get it wrong, we will be left empty handed. The whole essence of the liturgy is Word and Table and the form which has been passed down through the centuries is the best means we have of making sure it is always and only Word and Table of the Lord...