The Bible is a dangerous book 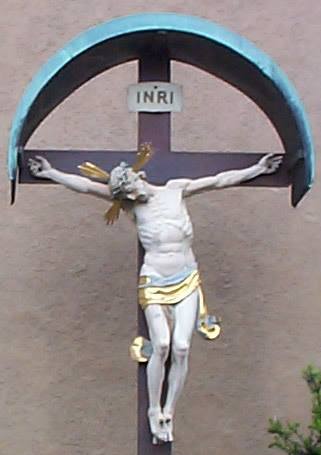 I was watching the Tudors (reruns) as a vacillating Henry VIII would ebb and flow his reform and keep people guessing as to what kind of Church the Church of England was to be.  His last wife was a definite Protestant and was in conflict with the ardent Roman Catholic Bishop Gardiner.  In an outburst she speaks of the need for Henry to finish the reform of the Church -- all the while Bishop Gardiner sits near by.  In the course of the discussion, Henry questions his wife about her affection for the Scriptures.  She insists that her desire is for all the people to be able to read the Scriptures for themselves without need of interference or enforcement of the Church's position.  Henry is not so sure.  The Scriptures are, for Henry, a dangerous book when taken out of the Church and placed in the hands of unlearned people.

So what of Henry's conclusion?  Is he right?  Is the Bible a dangerous book when read by those unschooled in the faith?  Is the Bible a book that should be restricted  -- available only to those who have been trained to read it or who read it from the vantage point of that place within the assembly of God's people?  Lutherans have, historically, followed Luther's suggestion of the primary value of the catechism and the hymnal to the Christian home.  It is not that Luther or the Lutherans are opposed to the reading of Scripture -- far be it -- but at the same time, we do understand what has happened since the Reformation and how we have found the Christian marketplace crowded with tens of thousands of different "Christian" Churches all claimed to be Biblical, all insisting that their interpretation of Scripture is authentic and true.  How do we know and judge all manner of doctrine and interpretation?  Must the layman in the pew be a "Doctor" of the Scriptures in order to distinguish truth from falsehood, the catholic faith from a sectarian viewpoint?  Or could we say that this is precisely the reason why we have written Confessions, catechisms, the hymnal, etc.?

The clarity of Scripture as taught most famously by Luther in On the Bondage of the Will has been imported into the Lutheran Confessions.  We do not deny this.  However, the clarity of Scripture is not to be confused with simplicity or comprehensibility. Were the subject matter of Scripture, God's revelation of Himself, truly simple, it would not need to be revealed. That which is revealed, the peace of God and all that belongs to the Gospel, transcends human understanding and is profound at the very heart of it. [Quoting Erling Teigen]  In other words, Scripture is clear and its meaning plain.  It is not obscure nor its meaning hidden and it must be mediated, spiritualized, or rationalized.  Yet it is also true, as Luther asserts, "There is, therefore, another, an external judgment, whereby with the greatest certainty we judge the spirits and dogmas of all men, not only for ourselves, but also for others and for their salvation. This judgment belongs to the public ministry of the Word and to the outward office, and is chiefly the concern of leaders and preachers of the Word . . . This is what we earlier called 'the external clarity of Holy Scripture.' " [LW, vol 33, p 91] As Teigen concludes;  simply to repeat the words of Scripture, without dearly expressing their meaning, is to fail to assert a clear Scripture...

The Bible is a dangerous book -- most dangerous -- when it is subject to the authority of personal reason or when it is mined as a spiritual vein of hidden truth inaccessible to most.  In this way Lutherans have carefully navigated between the fault of the Radical Reformers who would spiritualize its words and those in Rome who would make it an obscure book.  The vehicle of this via media is the Confessions, whose exegesis is doctrinal and whose doctrine is founded upon exegetical pillars.  Every doctrine necessary for faith and life is clearly taught in Scripture. This does not mean that every verse or word of Scripture is clear or that either in whole or part Scripture is easy to understand.  The key to understanding is faith worked by the Spirit.  The legacy of the Church is the faith and faithful teaching of the orthodox and catholic fathers, of creed and confession -- all working to answer the question "what does this mean?"  Not what does this mean to me or what does this mean now but what does this mean -- Christ being THE message and highest authority of the Word of God.  Outside this heritage of teaching and exposition, the Bible can, indeed, be a dangerous book.

Last week someone taped a jump drive to our church door.  On that drive was a 250 page manifesto of this person's faith, something of his history, and a call to repentance.  It was ever so Biblical in reference but it was entirely flawed in perspective and application of that Scripture.  For this man, the Bible was a dangerous book.  He read it subject to his own reason and understanding but without the advantage of creed, confession, and catechism.  We who are Lutherans should not be embarrassed by our creedal, confessional, and catechetical perspective and heritage.  These become the guide to help us see what Scripture clearly teaches and to reign in the great temptation let our reason and experience stand in authority over what Scripture says.

I think of Philip and the Ethiopian eunuch.  The man read what the Scripture said but did not know what it meant.  As Philip illuminated and unfolded its meaning to that reader so long ago, we as Lutherans enjoy the benefit of the Office of the Ministry, creed, catechism, and confession to guide us to its full and clear meaning in Christ.

Some closing words from Teigen:  Paradoxically, the clear revelation of God in the external Word demands a dogmatical examination of the words of Scripture and an outward confession of what the words mean.To believe that the Scriptures are clear is meaningless without such a confession. The task of exegesis for Luther and the Confessions is to ask "What does it mean?" of any Scripture. [CTQ Vol 36, No. 2-3].
Posted by Pastor Peters at 8:37 AM

It seems more mischief arises from withholding God's word than from distributing it widely. The Bible is far more likely to lead one to good than to be subverted for ill especially by ordinary folks.

Our LCMS parish gives away free
Bibles at our city's annual festival
days. We have a booth and get many
people who will take a Bible. We
encourage them to read one of the
four gospels, Matthew, Mark, Luke or
John to learn about Jesus Christ,
the Son of God. We also enclose a
brochure inviting them to visit our
worship services on Sunday. It does
lead to Sunday visitors who are
looking for a church home.

I did not speak to the value of distributing Bibles but was rather speaking to the need and value of the Confessions, creed, and catechism to instruct us in what Scripture says. This was related to the post from yesterday.

For much of Christian history people were without a written copy of the Bible in their homes but they were not without Scripture. It did not seem to prohibit the work of God in bringing people to Christ to be without a copy of the Bible in their hands. They had the Word preached and taught, the memorized words of the creed, and the hymns of the faith.

Today everyone has multiple copies of the Bible, different versions, and yet we have no shortage of doubts about what it says, more groups preaching different conclusions on "what does this mean," and private Biblical interpretations that conflict with the catholic and apostolic faith. So, just perhaps, we need not only Scripture but Scripture rightly proclaimed and correctly understood. And, my point then, is that the catechism, creed, and confessions help us have just that.

With respect to Bible distribution, I might suggest that if all we need to do is to distribute a Bible, then we should dump them from the skies the way pamphlets were dropped during the wars. But surely the job of the Church is not just to distribute the Bible but to make sure that people are rightly taught and correctly led to its saving truth in Christ.

It was good to see Cousin Erling's thoughts on your blog. We know him to be a wise theologian.

The Bible claims for itself to be
the absolute truth of God. Our
culture no longer believes in the
concept of absolute truth. So some
Christians say homosexuality is a
sin and an abomination in the sight
of God. Other Christian say there
are no moral absolutes and that truth
is relative to your circumstances.
This type of belief makes homo-
sexuality an acceptable alternate
lifestyle.

The LCMS believes the Bible is the
absolute truth of God and the
moral authority for our lives.
The Bible is only dangerous if you
do not believe it is God's Word.

Dead on, Pr. Peters. I enjoy your blog.

Confessions. So true, if it's just about getting people to belief the Bible is holy, inerrant, true...then why don't Baptist, Fundamentalist and others believe like Lutherans.