Doing Theology in an Internet Age 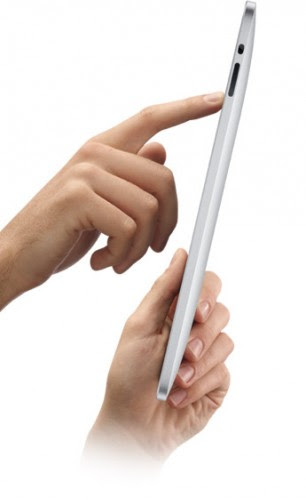 A friend/critic pointed me to an article on the Christianity Today website that speaks of the issue of doing theology in a facebook/blog/twitter/internet age.  It has some interesting questions for those who venture into this public forum.


The author reminds us Throughout the history of public theological debate, there was one constant—those debates only took place between a few select people—Moses, Plato, Augustine, Aquinas, and so on—who gained respect through a lifetime of scholarship. But the invention of social media, like blogs, Twitter, and Facebook, created a radical departure in communication. In pre-2004 Christianity (that is, Christianity before Facebook was invented), only a small group of Christian leaders and teachers had access to the printing press—but today everyone has WordPress. In pre-2004 Christianity it was difficult to become a published author, but today everyone is surrounded by dozens of "Publish" buttons.
It is certainly true that the current avenues of comment afforded us by the technological age offer us a strange mix and even conflict between private opinion and public confession.  What is personal and what is public doctrine?  Is it defined simply by the status of the blogger -- lay folk have personal opinions and Pastors public doctrine?  Or is it possible for lay people to be accountable for their public confession via the media and for the Pastors to be expressing only personal opinion and therefore not forums for public confession?
Again, the piece offers this rather solemn reminder:  What few of us realize is that when we press those "Publish," "Post," "Comment," and "Send" buttons, we are making the shift away from merely "believing" truth and stepping into the arena of publishing that belief. In doing so we are effectively assuming a position of leadership and teaching that prior to 2004 was not available to us.  James warned us, "Not many of you should presume to be teachers, my brothers, because you know that we who teach will be judged more strictly" (James 3:1, NIV1984). James goes on to graphically portray the incredible power that our tongues have both to praise and to curse especially in the context of teaching. He then says, "Who is wise and understanding among you? Let him show it by his good life." (James 3:13). Solomon echoes similar wisdom, "Even a fool is thought wise if he keeps silent" (Prov. 17:28).
I have already written of how effective this media is at helping us choose up sides and declare false the opinions of one side or another.  I have already written of how easy it is to take snippets of what people say and distort their statements.  But there are honest dimensions of the social networking and internet resources which we have not explored.  One is proliferation -- how quickly things spread and how far and wide things published on the internet may go.  I notice this simply by the image of our means of grace window which has become an internet image used by anyone and everyone.  If that is true of a simple jpeg, think how much more true it is of the words, comments, and tweets we publish.
I am not suggesting that blogs should be shut down or facebook access restricted or comment completely filtered.  In fact, I believe that one of the functions of the reader is not simply to agree or disagree but to hold the author and publisher accountable.  The issue here is not simply one of access but one of accountability.  If we who would publish are not accountable to anyone but ourselves, there is greater danger for the abuse of this media.  Accountability is the key here.  We who would presume to publish need to be accountable for what we say -- are we being truthful, are we accurate, are we speaking truth (Christian truth from the Lutheran Confessional perspective, in the case of this blog), and are we speaking that truth in love....
Real vents and rants may have their place but such are better exercised in private than the public media of the blogosphere and social networking sites.  Our words have consequences and they can harm not only others but can come back to cause us harm.  I know for a fact of a Pastor who got in trouble with his parish for comments on his blog and of another who is sure that the public commentary of his blog was responsible in good measure for him being passed over on a call list.  I am not in the dark about how my own blogging adventure may impact where I serve.
So I welcome your comments (even the ones I find hard to take).  I am not so welcoming for vents and rants that single out a word or a phrase on which to launch a tirade (but even then I generally listen).  I believe it is healthy to be held accountable and if you think I have stepped out of bounds, continue to tell me.  Without accountability, our words end up being rather meaningless and vain.  While mine may have been characterized as such, it is definitely not my intent.
Posted by Pastor Peters at 8:34 AM

If theology is the study of God, then
most of the LCMS related blogs miss
the mark. Cyberbrethren is a shill
for CPH products. Luther Quest is
a family reunion for Preus relatives.
Weedon's blog is a place for food
recipes and fitness addicts. ALPB is
a rehash of ELCA and LCMS vendettas.
Steadfast Lutherans is a political
action group for Matt Harrison.
Gottesdienst Online is a cult of
professor wannabees.

Pastoral Meanderings is definitely
a meandering all over the map of
hobby horses that the author has
in his liturgical corral.

Some day there will be a blog that
discusses THEOLOGY, THE BIBLICAL
FOCUS ON GOD'S WORD.

You know, anonymous, instead of whining about how untheological other people's blogs are, why don't you go start your own & do it the way you think is the right way to do a blog. And stop hiding behind anonymity too.

I weeded out McCain, Luther Quest, Gene Veith, and kept Weedon and Peters.

I have discarded The CPH Study Bible and the new Walther Law and Gospel. I have kept treasury of Daily Prayer.

I have retained the Confessions and Luther's Commentary on Galatians.

I find myself going back and forth among several blogs, sometimes leaving one for a while and then coming back to it. I have surmised that I have different blogs that I read when I have different felt needs or desires.

It would seem too that since all of us have assorted strengths and weaknesses we would naturally gravitate to assorted blogs. I wish some folks would blog more because their minds are to me a treasure trove of wisdom and thought.

My only irritant is when someone takes potshots only to stir up controversy or to speak ill of something while hiding behind anonymity. I usually dismiss that person's comments as meaningless because they lack the courage to be held accountable for their statements. Maybe one day our comments will have identity whether we like it or not.

Steve Foxx, I'm even in Milford, Kansas just outside of Ft. Riley;-)

You blog well, and you point is good. The internet affords the same ability to make unqualified statements as does the letters to the editor in the local paper.

However, the pulpit is not immune from venting and personal opinion. Never has been. We have recently left a church where the pulpit has been used for expounding anything except the meaning of scripture. Maybe the internet affords the opportunity to hold such "Pastoral Politicians" to account.

I am a layman who enjoys reading "Lutheran" blogs.

One thing that must be remembered is that the blogger has control over what appears on the blog, including comments. Only comments approved by the blogger appear/remain on the blog.

This happens to be one of my favorite blogs.

For the record, I do not moderate or review comments. I have always appreciated an open and lively debate and so comments may be posted without my approval. I have removed a couple over the years because they were personal, offensive, and pointed (and not at me). Until such time as it becomes impossible, comments here remain open.

Pastor Peters, the link to the Christianity Today article doesn't seem to be working. Not for me, anyway! Could you doublecheck it?

The link should be fixed now...

Terrific work! This is the type of information that should be shared around the web. Shame on the search engines for not positioning this post higher!

It is really a beautiful and creative blog having some vital information over the subject. Thank you for share.