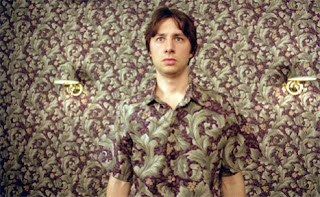 Recently I saw my physician outside the office.  I waved.  He waved back.  When I saw him in the office shortly thereafter, I mentioned it and he said "I thought it was you."  I responded, "Now Dr. __, how many patients do you have who wear all black and a clerical collar?"  "Not too many," he said.  "Probably only me," I responded.  "You are probably right," he admitted.

Now I live in a city of some 150,000 people.  Certainly less than 10 clergymen wear a clerical collar in this town -- probably closer to a half dozen.  In general, clergy garb is not big in fashion in the South.  In fact, you are more likely to see black clergy in a collar than any form of white Protestant ministers.  So I would guess that I am part of a very, very small minority but apparently not a very visible one.  It never occurred to my own physician that I was his only patient who regularly wore a clerical collar.

Normally you might think that less than a dozen clergy in black tab or full collar clerical shirts might just stand out in this sea of Southern Baptists, Church of Christ, Nazarene, and other assorted brands of Christianity more prone to be found south of the Mason Dixon line.  At nearly ever ecumenical gathering I go to, the standard clergy garb is more likely a polo and khakis or a suit and tie.  Frankly, I think that I am obvious to the point of ridiculousness.  Maybe not...

Maybe we live in a world which has stopped paying much attention to such things.  Perhaps distinctive clergy attire, like Christianity in general, is no longer a given in our culture.  More than that, it just may be that in an ocean of tattoos, piercings, multicolored hair, and assorted odd dress, a clerical collar seems rather pedestrian and ordinary.

I wonder if this is not symptomatic of Christianity in general.  We think we are distinctive but in reality we blend in rather well.  Christianity was once a distinctive sort of religion but it seems to be less and less distinctive today.  We Lutherans tend to be blander than most Christians when it comes to distinctives so it is even more likely we, among the many varieties of Christians, fade into the background.

I say this only because from our perspective we think we are so different.  From the perspective of those on the outside of Christian faith, we must not be nearly as noticeable as we assumed.  Which means that today, piety and Christian distinctiveness (not a hypocrisy of perfection or an arrogance of judgment but genuine distinctiveness of faith and life) needs to be more nurtured and deliberately taught among us.  It is one of those times when Christian piety and practice becomes an issue of witness and confession as much as personal identity.  How well can they know us if we are so easily overlooked or ignored?
Posted by Pastor Peters at 6:00 AM

If you depend on your clerical collar
and black suit as a badge of your
identity and self-worth, then you
probably have a personal identity
crisis that has never been resolved.

I have found the opposite to be the case, both for good and bad. People often stop me to ask me some sort of religious question, to pray for them, or what "order" I am. People do sometimes yell and curse at me as I am walking to work, or flip me off (from their cars, and always young men, I assume high school students). Maybe its the full collar that throws people?

There is NO end to "armchair psychology" is there?! When I was in CPE (Clinical Pastoral Education) we were told we could take neither a Bible nor a Prayer Book in the patient's room with us. Each represented, we were told, a "crutch" or "something behind which to hide oneself." New age secular psycho-babble rubbish - akin to Anonymous' comment above. Keep on sportin' that cleric, Pastor Peters!

Thanks for the good post, Rev. Peters. It's good to know that there are still ministers of our confession who confess by their everyday uniform (or non-liturgical vestments) that their ordination holds even when not inside the confines of their church-building or communing the sick.

Apparently anonymous is so intent upon practicing armchair pop psychology that he did even bother to actually read the post.

Quote: I say this only because from our perspective we think we are so different. From the perspective of those on the outside of Christian faith, we must not be nearly as noticeable as we assumed.

Have you ever noticed that it is the
"short" clergyman who wears a
clerical collar all day? You know
the guy who is 5'6' to 5'8" and
needs a protective shield.

Have you ever noticed that it is the "anonymous" poster who makes grand generalizations and pronouncements of truth based upon nothing more than his own fickle opinions.

I am 6'2 and 300lbs and wear a clergy collar most of the time. From what am I supposedly being shielded?

At 6' 2" and 300 lbs you have health
issues. The Concordia Health Plans
would like to help you lose about
100 lbs. A Clerical collar is the
least of your problems. Get Help.

Do the drivers for Fed Ex or UPS have psychological issues. Is it a crutch that they rely upon to get through another difficult day? Or, is it the uniform of their vocation and the organization they represent? And I've never heard of the short-pastor syndrome as a reason for collar wearing. In my experience the pastors that wore collars were all 5'10'' or taller and wore collars almost all the time. I remember as a child not recognizing our minister when he wore a suit to some outing with my parents. It just wasn't him.

Or nurses or police or firefighters or school cross guards or electric co. employees or cable repair guys or Wal-Mart employees????

Our Lord during his 3 year public
ministry on this earth did not have
a uniform. He simply wore the common
tunic of his day. On the night he
instituted the Eucharist he did not
wear a chasuble.

The bottom line is this: Clergy
apparel is adiaphoria. It is neither
commanded or forbidden in the Bible.
Sunday morning vestments are fine
for worship, Mon-Sat. optional.

On Maundy Thursday He most certainly did wear a chasuble -- the seamless robe that would later be deemed to valuable to destroy and whose ownership was determined by the throw of the dice.

Did it every occur to you, Anonymous, that pride in not wearing clericals is just as pharisaic as pride which insists upon them?

I honestly do not care whether or not pastors wear their special apparel outside of the church service. Sure, Jesus did not have a uniform, but He was not conducting a worship service per se. The chief priests of old testament times always wore uniforms when in the temple.

For those LCMS pastors who work in an area of the country dominated by Evangelicals: Does the attire help or hurt your ministry. I am thnking in terms of attracting disaffected Evavgelicals to the Lutheran church.

Whether we accept it or not the
clerical collar worn Monday thru
Saturday is associated with a Roman
Catholic priest. This is the way
the general public perceives it.

In the last 20 years RC priests have
gained much bad publicity due to
child abuse scandals. Many people
are not comfortable around a clerical
collar for this reason.

Oh, but since I am ELCA, "Anonymous", it is my guess that Concordia will not help me.

But don't worry, "Anonymous", they still make clergy collars in my bloated size.

"In the last 20 years RC priests have
gained much bad publicity due to
child abuse scandals."

RC priests don't abuse kids at a rate higher than the general public or protestant clergy according to insurers who insure churches. Not that the truth matters to the media who hate the Roman Catholic church.

RC priests don't abuse kids at a rate higher than the general public or protestant clergy according to insurers who insure churches.

From a simple observation/comment on wearing a clerical collar to pedophilia and child abuse.... Man, truth really IS stranger than fiction! UNbelievable. And we wonder why many no longer care or refuse to take Christians seriously. REALLY?!

Add clerical attire to the list of trigger issues for the anonymous tirades, along with chanting and incense...

Tis better to be thought a fool and remain anonymus, than to name oneself and remove all doubt...

A fool I may be, but an honest fool named Jan Williams...