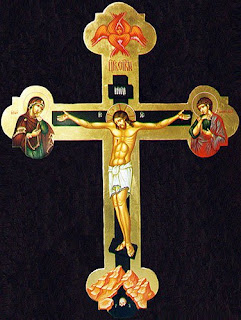 Every pastor is either a witting or unwitting ritualist.  He is, after all, responsible for the performance of that ritual which is necessary for the communication of the Gospel to the members of his congregation.  That is not always an easy business, nor is its importance always appreciated; for while the Lutheran Church has traditionally been a liturgical church, it exists in a culture where liturgical worship, with its emphasis on corporate and supernatural activity has become alien, incomprehensible, and even nonsensical to many people.  So, unless the pastor understands the role of ritual in worship and creates some appreciate for it by his leadership, both he and his congregation will suffer confusion.  They will be caught between the devil of trendy, liturgical innovation, and the deep blue sea of obstinate, liturgical traditionalism.


As a church we, therefore, need to perform our rituals wittingly, without becoming either reactionary ritualists, insensitive to the needs of people, or individualistic anti-ritualists who damage our congregations.  We may even come to a rather unexpected appreciation for the liberating power and enriching beauty of ritual...


It seems that too often we act as if there was a just right amount of ritual -- just enough to be authentically Lutheran but not so much that we draw attention to our Lutheran-ness or, more particularly, our catholic identity.  Over and over again the debate raises the question of Lutheran moderation in all things -- including ceremonies.  Over and over again, we treat these things as if they were mere matters of personal taste.  We are either witting or unwitting ritualists.  We cannot escape it.  So what shall we be?  The witting ritualists who understand that actions and ritual are visible confession or the unwitting ritualists who act as if these were not really essential and we don't really care for them but we have to have some of them to show we are really Lutheran?

I have never made the demand and I have no expectation that other Lutheran Pastors mirror me as the presider or celebrant or the ceremonial at Grace Lutheran Church as being the best or optimum for the whole church.  I do, however, insist that we should be free from constraint of fear to explore more fully the catholic identity inherent in those rituals, ceremonies, and church usages by which we make visible the Reformation insistence that we are not innovators nor do we value novelty but we are by virtue of our Confessions and our liturgical practice the faithful continuation of the evangelical and catholic faith.  Words are not alone in teaching to us the faith.  What we do also teaches even as it confesses before the world what it is that we believe.

There is a minimum of ceremonial, ritual, and church usage that accompanies our Confessions.  It is often as illusive to define in words as the famous SCOTUS reference to recognizing pornography when you see it.  I mean no comparison here except to the difficulty we have in formulating a minimum and saying at least this.  It would seem to me that rubrics begin that definition.  The red letters of the book are meant to define the things we do both to proscribe and describe.  The overall sensitivity to reverence underlies all of this.  We are on holy ground in God's House and we enter the domain of His Word and Sacraments only at His bidding and not from our arrogance or demand.  Concern for the church catholic and the vast history that goes before must also be included in our feeble attempt at a minimum.  We do not act sectarianly -- either as Lutherans in general or as Lutherans among Lutherans.  We may not require uniformity but we do respect the familial character of our life together as people of a common confession and a common liturgical heritage and identity.  Finally, knowing that ceremonies teach and confess, we acknowledge that some things that in one place and time might have been considered adiaphora may become normative for the sake of confession -- when those ceremonies give public expression to truth in dispute.

I have no desire to police or to see ritual policed.  I have no demand that Pastors or parishes act like me or mimic my own parish.  I do expect that we will act like the Lutherans we say we are, using agendas, forms, and hymnals that are doctrinally pure.  I do expect that we will not condemn those who use the form but with less ceremonial nor will we condemn those who use the form yet with a fuller ceremonial.  For the sake of confession and our life together, I would expect, even perhaps, demand, that those with minimal ceremonial conform to the practice of the Church but I think it both unwise and unsound to demand that those who express a fuller ceremonial to give up their practice.  The greater offense lies not with those whose Divine Service expresses the fuller ceremonial life but those who reject, eschew, and abandon even the minimal ceremonial that reflects and confesses what we believe and teach.  Let it be said, however, that for the sake of the Church we are not speak of extraordinary circumstance (chaplain on the battlefield) but regular Sunday worship.

In my own parish, we have a week day celebration that follows this minimum (with but two hymns, no chanting, no assistants, and the barest order of the Divine Service but with vestments, candles, etc.).  On Sundays we follow the fuller ceremonial of a full, sung liturgy with assisting ministers (lay), acolytes (2-3), chanting, the complete ordo adapted seasonally as rubrics suggest, and 5-6 hymns.  As different as they might be, they are the same.  It is easy to recognize that neither disdains ceremonial or ritual nor does either practice the ceremonies of the Church in a manner which idolizes the ritual.  They reflect the same reverential atmosphere and the same attitude of devotion and the same perspective of faith.  If we can do this in one parish, can we not expect to have such commonality of form and unity of ceremonial and ritual without making the demand for unanimity and absolute identical practice in the larger sphere of the Synod?

To be or not to be... wrong question.  We are ritualists.  The only relevant question is of what kind?
Posted by Pastor Peters at 6:16 PM

There is as much liturgy at a baseball game as anywhere. There is liturgy in every church gathering. It's just as Fr. Peters says, "What type?"