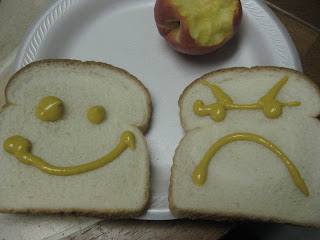 Lutheran Southern Seminary has merged with Lenoir-Rhyne University.  That is old news.  The new news is that the university is hosting Bach Festival Days, October 7-10, 2012.  Hear about Bach and the Organ (narrative organ recital and chorale sing), Bach in the Year of His Promotion, Cantata 78 (both heard with a live performance and discussed in depth), Bach's Vocation and Ours, and "Performing Bach Cantatas in Worship... among other offerings.  You can check it out here....

The other new news is not so good.  It appears that the LSS merger required some layoffs.  David Yeago, a prolific author and faculty member since 1988, was let go.  He has been called one of the lone voices of orthodox Christianity among ELCA seminary faculty members.  Perhaps that is why he was slated for downsizing.  Even sadder is the fact that Daniel Bell, a United Methodist, is now the only professor of theology at a Lutheran seminary that, well, isn't so much Lutheran anymore.  Kind of sad, or better, pathetic.  Such is the state of Lutheranism in the world today.  And we wonder why the brand is in decline.  Yeah... well.
Posted by Pastor Peters at 6:00 AM

I went to Trinity "Lutheran" Seminary in Columbus, OH, for one year. One of my Old Testament professors was Presbyterian (formerly Lutheran). My Greek/New Testament professor was United Methodist. One of my systematics professors is now Roman Catholic! And it was even more "diverse" at Luther Seminary in St. Paul when I transferred there. It's a sad state of affairs when supposedly Lutheran seminaries cave in to the siren call of ecumenism while forsaking their Lutheran identity.

It is bad enough that Lutherans are not sure what Lutheranism is and they pass on their doubts and disputes to the seminarians they teach but how on earth can you expect someone outside of Lutheranism to teach Lutheran theology and practice with authority and confidence? Geeeesh. We are a sorry lot (I am ELCA and know nothing if the situation is better in Missouri or the little Lutherans but can only hope it is better, perhaps, not so far behind the decline in my own body).

---An ELCAite on the Way Out