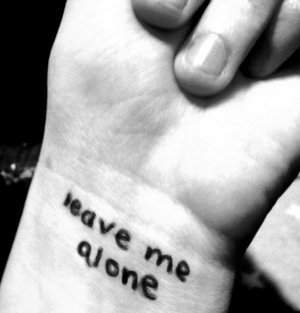 One of the mantras of the extreme side of feminism is the idea that men are not necessary to women.  At one point in time that might have been overkill.  Today it is an accurate statement of reality.  Women do not need men.  They do not need them to be born.  They do need the sperm from a man but that can be delivered in ways that minimize the male impact or influence upon the child's life.  They do not need men to grow up.  We live in a culture which loves the illusion that parents have no gender and that one loving parent is all that is necessary to raise up a well-rounded, well-educated, and well-formed adult.  They do not need men to affirm their beauty, their worth, or their talents.  Women (like men) are told over and over again that you do this or become that for yourself -- not to please or satisfy anyone else.  They do not need men to succeed.  In fact men are generally seen as impediments or obstacles to be overcome on the road to career success and achievement.  Marriage and children (at least at the wrong time) are often seen as liabilities on this ladder to success.  Women do not need men when it comes to that time when they might desire their own children and begin the cycle all over again.

Women do not need men.  Funny, because it was men who did not need women that seemed to cause the flower of feminism in the first place.  Men had families because they were expected of them but work, career, and, eventually, play were the dominant goals of misogynist males.  Women have learned from their flawed counterparts and have become just as independent as the men were before them.  Women do not need men so men do not need to be men.  They can remain boys -- with their toys, with their interests, with their self-centered focus upon happiness and pleasure.  Many of them have learned that mom can still take care of them and will take care of them long after their dads had left home and gone on their own.  Women do not need men and men (at least some of them) seem perfectly content not to be men at all.

I say this not to condemn women or men.  I say this because it frames the trouble we have with marriage.  We are not really sure what to do with it.  So many have decided that marriage is not worth it or not necessary for their goals and happiness.  They are perfectly content to live together in short term unions without the messy complications of legal marriage.  They are perfectly content to fulfill their social and sexual needs in other ways besides marriage.  One author has suggested that the hook up culture works fine now for women (and men are happy to comply).  In The Atlantic, Hanna Rosin recently defended the hookup culture as essential to female success and equality. Given the pressure of a high-powered career, she claims, “an overly serious suitor fills the same role an accidental pregnancy did in the 19th century: a danger to be avoided at all costs, lest it get in the way of a promising future.” In order to carve out time for work, women need the same option men have long enjoyed: “the ability to delay marriage and have temporary relationships that don’t derail education or career.”

Of course,  we know better.  But it is into this culture we send forth our young men and women and it is the press of these viewpoints that wears at the noble character of marriage.  How we fight this battle depends upon many things but I think that one tack we can take is to directly address the issue of whether or not men need women and women need men.  In our increasingly isolated culture, need is often seen as weakness and technology substitutes for personal relationship.  The article has hit upon one important issue:  A life that has no room for serious romantic partners can’t have much space for deep friendships either.  It is not merely our romantic relationships that are suffering.  We are having finding it harder and harder to make, nurture, and sustain deep friendships as well.  In a sense, as this author has put it, we have invented a new monasticism which, like the old, finds marriage unnecessary or at least irrelevent, but which is unwilling to forego sexual pleasure.

The modern life has reserved the intensity of our commitments for job/career and pleasure.  Whether these jobs or careers are the traditional sacrificial vocations of public service (teachers, for example) or the traditional domain of business, we seem to delight in what we have given up in order to achieve our career goals.  In many cases we have made personal pleasure and career success synonyms.  Since it is difficult to sustain any kind of relationship while intensity is reserved for job and self, these become the things we give up for our higher priorities.  The hook up culture gives us the illusion of relationships while providing sexual release absent any love, commitment, or consequence.  We have essentially created a new culture -- secular monasticism.  How long or how well this survives is ultimately dependent upon the satisfaction of those who practice it.  In the mean time, we in the Church can be prepared to bind up those who come to us broken and bleeding -- the self-sufficient who found that needing no one simply leaves you empty and alone.

And when my husband and myself (32 years married) hold hand in public, we've actually had young people say it's "gross."

We've also been sympathized with, since we are co-dependent.

So there definitely is teaching to be done.

What? Women don't drive cars on roads with traffic lights or stop at gas stations filled with petrol on their to work in buildings with electric lights and air conditioners and computers.

Heck we can't even get women to write more than a tiny fraction of the info on wikipedia four crying out loud.

Women are particularly poor at social and interpersonal cooperation and have built none of societies social institutions. Women are totally dependent on men.

Check out women's success in countries that haven't benefitted from having thousands of years of sophisticated patriarchy. Women in those places crouch naked by muddy streams digging for worms to eat while they watch their children starve.

The choices young people are making now, (i.e. promiscuity, the hookup culture, going into high debt through student loans) does not bode well for demographics later on. There will be less and less of the educated class to lead our country. I am on the side of the 'Christians need to have more babies' group on this one. I commend Christians who have the extra income to adopt. I also think we need a lot of adult outreach as well, to single people, the divorced, etc. I believe the Gospel should dominate over any church programs that are devised by men.

"A life that has no room for serious romantic partners can’t have much space for deep friendships either. "

All friendships are viewed as disposable? Sad.


"The modern life has reserved the intensity of our commitments for job/career and pleasure."

Too bad it takes aspiring young employees years to discover that they expendable.

What will those successful 40 year old career women do as they sit at home alone in their condos with their cats. Is that contentment? How many of them are angry and bitter, even though they have good jobs?