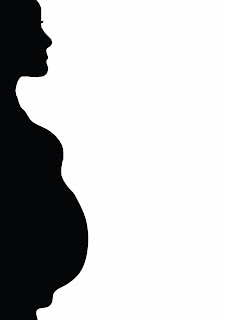 MSNBC host Melissa Harris Perry says that human life doesn’t begin at conception. Instead, it begins, the MSNBC host contends, when the parents think it begins — not when science says it does.  “When a pregnancy is wanted . . . it is easy to think of the bump as a baby,” Harris-Perry said.  But when pregnancy is not wanted, that bump is not a baby or a life.  What is it?  Could it be a problem to be solved, a parasite to be excised?

We live everyday with the lie that says words mean what I want them to mean, things are what I want them to be, and no one can tell me anything different.  Our truth has many faces and we care not which of them is authentic, genuine, and real.  We live in the mythology of me.  Having lied to ourselves, to our consciences, and to each other for so long, we no longer recognize the absurdity of what we believe, think, and say.

So that bump in a woman's tummy is just a bump until she defines it.  That is the premise the underlies the pro-choice position today.  Though it is covered with a thin veneer of self-righteous talk about choice and a woman's right and the desire for children to be wanted, underneath it all is the bald faced lie that nothing is anything until we say it is.  Those opposed to the pro-life movement find it impossible to believe that "it" is a child until we say it is.  They do not so much think of abortion as ending a life as much as they believe there is no real life there until it is recognized and given rights.

What is most frightening to me and to many is that we are already on the other end of the spectrum with such language.  When it comes to the life of the aged, frail, infirm, and disabled, we are just as ready to say that this is not life at all.  If you do not live the life of the ideal, then you (or your family or society) have the right to end an existence which, to this point of view, has really ceased to be a life.  The nursing homes are filled with such folks.  If you are capable, suicide is not merely your option but your duty to prevent your life from burdening your family or your community.  If you are incapable, then someone needs to step and do for you what you should have done for yourself (euthanasia).

To protect the life of the unborn is to protect and defend the sacred nature of all life.  It is to insist that productivity, desire, and presumption must not be allowed to define what life is for all people and not just for those waiting birth.  It is to insist that life has such a high value that it cannot be left to the individual to assign its worth.  We fight not simply for the unborn thought surely for them.  We fight for the aged, the infirm, and the disabled.  We fight for ourselves.

"When I use a word,' Humpty Dumpty said in rather a scornful tone, 'it means just what I choose it to mean — neither more nor less."  We have left our children a rather sad and insecure legacy.  Burdened with our skepticism and doubts, we have taught them that nothing is true until and unless you say it is.  Morality has no conviction -- only relative values amid myriads of choice.  Truth has no foundation -- only the shifting sand of your opinion and the drifting current of your feelings.  In the end this is not even about abortion but about the insecurity of self which is held up by an illusion that passes as reality, lies that parade as truth.  How can anyone be certain of anything in life when there is nothing more solid on which to stand that what I think or feel at this moment?

The Church has a marvelous opportunity here but we begin with a handicap.  We begin precisely where the conclusions of our modern age end.  We begin with a Word that not only means what it says but does what it says.  Inerrancy is great but it is a glass half full without efficacy.  The Word of the Lord is not only truth nor primarily truth but it is the truth that does what is promises and accomplish what is purposes.  It is not merely factual but facts the impart a new reality -- one in which the eyes are compromised and trust must see, by the aid of the Spirit, what remains hidden to the naked eye.  We begin with a handicap but we begin -- not because we have to begin here but because the Spirit is at work in this Word and He will bless and prosper our speaking so that it will return to Him who sent it with the fruits it has appointed.  When God speaks, words not only have meaning, they mean the same, yesterday, today, and forever.  When God speaks, His Word acts for us, for our salvation, and even for our faith.
Posted by Pastor Peters at 6:00 AM

The whole earth once again is burning with another holocaust, this one is abortion.