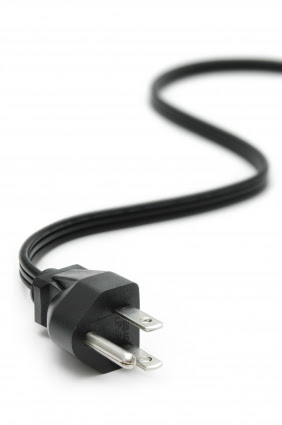 Writing for the book, Praying for England, Grace Davie notes that the church remains for many in the UK and Europe a "public utility."  It is an insightful observation and one that remains problematic for the US.  Here people belong not to parishes but to congregations, often well beyond the geographical areas in which they live, work, and shop.  Here membership is by choice and action of association whereas in England and Europe, membership is somewhat like citizenship -- it is yours with birth until you renounce it.  This is a religious association by default more than by decision.  Because of this the church is less the arena in which your faith is practiced than it is the right of a nation, invoked when and where the nation and its citizens determine.  Beyond this, the majority of people associate with the faith less directly than vicariously -- through another.  So it matters less how many people are in the pews than that there is a church, a priesthood, worship, and prayer going on.  Those who are there, even thought they be few, act vicariously on behalf of the many for whom belonging is the right of citizenship.

How can this correlate with a religious society built upon free association?  While one might think that this is incompatible with the American experience, the surprise is that this is indeed the direction we are headed even absent a state church or religion.  The church in our culture has become more and more on the sidelines, an important but rather passive institution.  While this is certainly true of the old mainline coalition of churches in America, it is also the pressure placed upon those outside that definition.  The increasing willingness to speak of freedom of worship as opposed to freedom of religion and the slow creep of the government infringing upon the free exercise of that religion has left the churches in America on the defensive.

While this is hardly new, what remains surprising is how easily and comfortably religion in America has followed the lead of England and Europe -- even given the fact that there has never been a formal state church and the lines of demarcation between church and state more clearly drawn and held in check in America.  In social service agencies, the churches have become franchisees of the state, administering public funds for public purpose and have been willing to silence their witness or limit it to the acts of charity themselves.  The churches are seen as able and willing partners in feeding the poor, administering social service programs, even in education -- but only insofar as the churches do not invoke the name of God or make public witness to the God of their confession.

For a good while Lutherans were willing to do this -- even Roman Catholics.  Now with the press of abortion, same sex marriage, gay rights, and a host of other issues, Lutherans are being forced to choose between this partnership between the state and non-profits and being faithful to what they believe and confess.  In the case of the ELCA, there has been a natural fit since this church body has defined advocacy as a primary work of the Gospel.  In the case of Missouri, we are finding it ever more difficult -- even in the area of chaplaincy in the military, an area in which we excelled in the past.

It seems to me that apart from the few independent groups in England and Europe, the churches have contented themselves to choose the role of public religious utility over extinction.  It remains to be seen how that will go in America.  What would the face of religion in America look like if tax exemptions were removed and the churches were required to conform to the laws of the land (with respect to gay marriage, etc...)?
Posted by Pastor Peters at 6:00 AM

Now with the press of abortion, same sex marriage, gay rights, and a host of other issues, Lutherans are being forced to choose between this partnership between the state and non-profits and being faithful to what they believe and confess. In the case of Missouri, we are finding it ever more difficult -- even in the area of chaplaincy in the military, an area in which we excelled in the past.


More than ever, the LCMS needs to move the Fort Wayne seminary to Novosibirsk.