Who has not heard that line?  Several have written of late about the tendency to treat God as the force instead of a personal God.  I can only echo what they have written.  The force deity is one our cultural heartily prefers to one with a face, a voice, a will, and a plan.  It certainly accords well with our desire to be spiritual without being religious.  Who can complain about a religion when the god of this spirituality has no face, no name, no independence, no will, and no purpose except the one we choose to assign to him/her/it?

Only a fool would say that science fiction does not have religious themes, especially the play between evil and good and, if all is well, the triumph of good over evil.  But America has seen more than symbolism in our sci-fi icons.  We have imported a great deal of doctrine from these images and themes and created a Frankenstein like idea of spirituality, parts cobbled together from all kinds of sources without any real rhyme or reason other than personal preference.  Witness the success of the Noah movie and its direction of the Biblical story through Jewish mysticism (Kabbalah).  We pick and choose from the buffet of religions and religious ideas with its salad bar of themes, accents, and ideas until we have made a nameless and faceless deity whom we can adore because this god does not threaten us in any way.

This grandpa god is there when we want he/she/it to be present and disappears when we do not desire the force to be present.  This faceless god has no agenda but our happiness and no will except to serve us.  What a perfect god!  At one and the same time we have a god who is not threatening to our ideas and who refuses to challenge our values (except to be our conscience whenever we might forget to put our selves first and foremost in everything).

The God of Abraham, Isaac, and Jacob is not this god.  The God of our Fathers is independent of our own existence and does not depend upon our will, desire, or imagination to exist.  He has a track record of actions, a voice that has spoken, and a will and purpose we ignore only at our peril.  This God threatens because He has real power.  This God confounds our reason with the incarnation and upsets our apple cart with grace instead of justice and mercy instead of threat and punishment.  Simeon had it right.  This God is set for the rise and fall of many.  Jesus insists that He has not come to unify but to send division into the world, not as one who takes sides but sets forth the ultimate scandal of alien righteousness generously bestowed, compassion for the unworthy, forgiveness to the undeserving, and life to the dead in trespasses and sin.

I do not know where we got this stupid idea that Jesus is like the force -- some transcendent unifier who will find consensus and lead us all to some new found level of self awareness and personal happiness.  The mystery of the true God who has shown us His face in His Son is shockingly hard to understand and explain.  He meets us not in some grand meeting of the mind but in the humble trust of the heart.  He is known to the simple and confounds the wise but He is too great to be known except when, where, and how He chooses to reveal Himself.

We may prefer the spiritualized version of the golden calf that is the "force" but the God who exists is nothing like the nameless and faceless deity we can manipulate, control, or play with.  Who needs a god so small?  Who wants a god who is the toy of our own creation?  Paul is absolutely correct.  Either Christ is raised from the dead and all His claims and the claims about Him in Scripture are true or the whole idea of religion is bonkers, a waste of time and energy, and a ridiculous distraction from the real pursuit of packing as much pleasure into the time we have, no matter who we might hurt in the process! 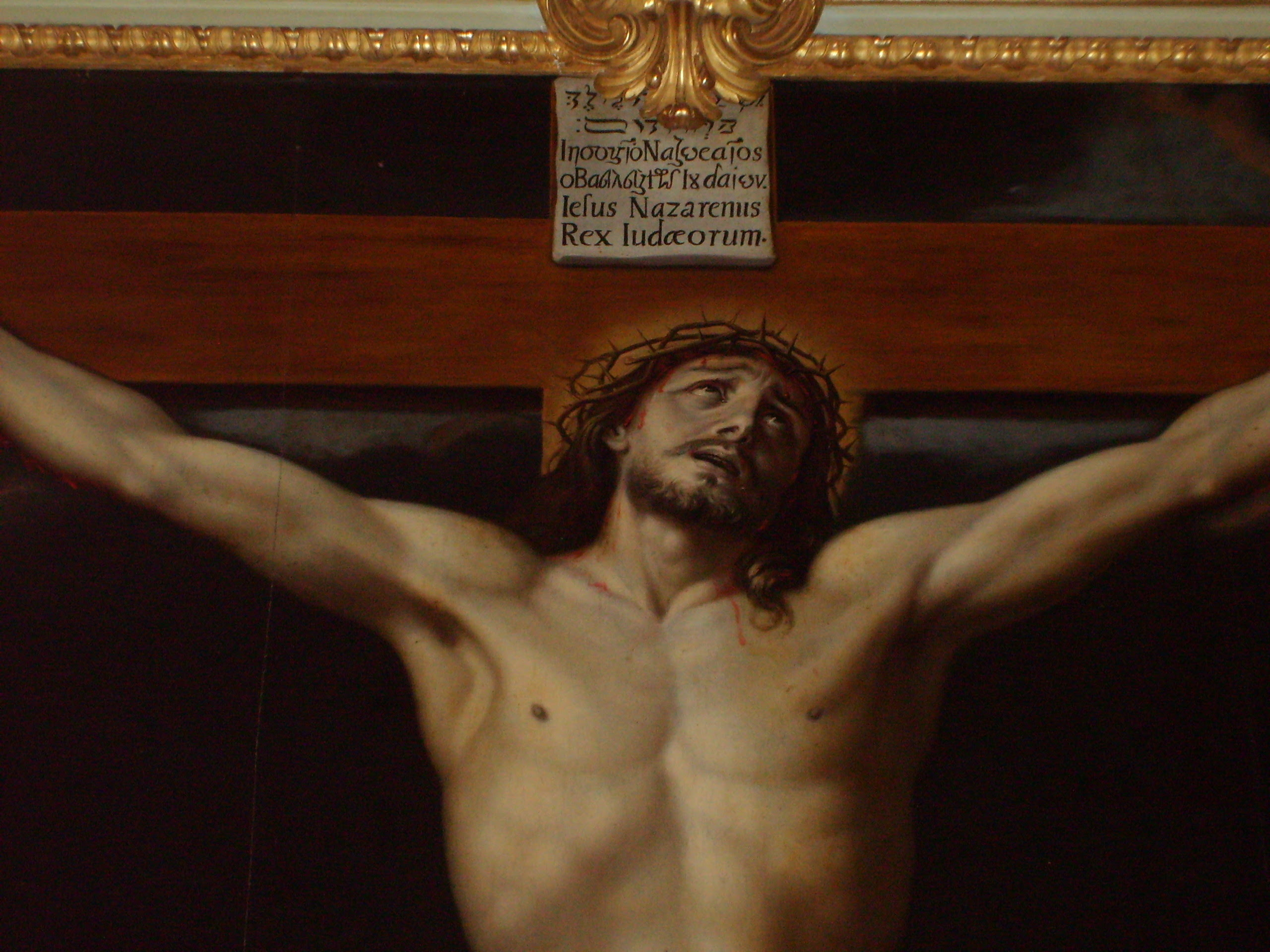 Christians need to get over it.  Jesus is a scandal to the modern mind and heart.  Only the Holy Spirit can break through the hardness and plant faith.  We will not win the world with our eloquence or our arguments.  The best we can do is faithfully proclaim and live the Gospel.  This is both the least we can who have known the face of God in Christ, who hear by the Spirit the sound of His living voice, and who live by His gracious favor... and the most we can do!  Everything else is up to Him -- the real God whose name and face terrorize and scandalize those who do not believe in Him.
Posted by Pastor Peters at 6:00 AM

Oh how true you are to the gospel and how far we are from secular understanding. This may be your best posting ever!

You can generally see this trend of transcendent spirituality in architecture, both sacred and secular. In the last century, architects who had abandoned religion for the spiritual force-god started creating spaces that were abstract, empty, meditative, "transcendent." Not knowing what it was they were doing, Christians copied this aesthetic, which had more in common with Zen Buddhism than the incarnate God of Christianity. We have a God of flesh, of signs, of "means," of substance. The Church has always reflected this in its artwork, from the catacombs to the cathedrals. We need to fight to redeem both the theology and the aesthetic of the Church from this false teaching.

This is excellent! Thank you!