I bet the lawyers are happy. . . but they are the only ones 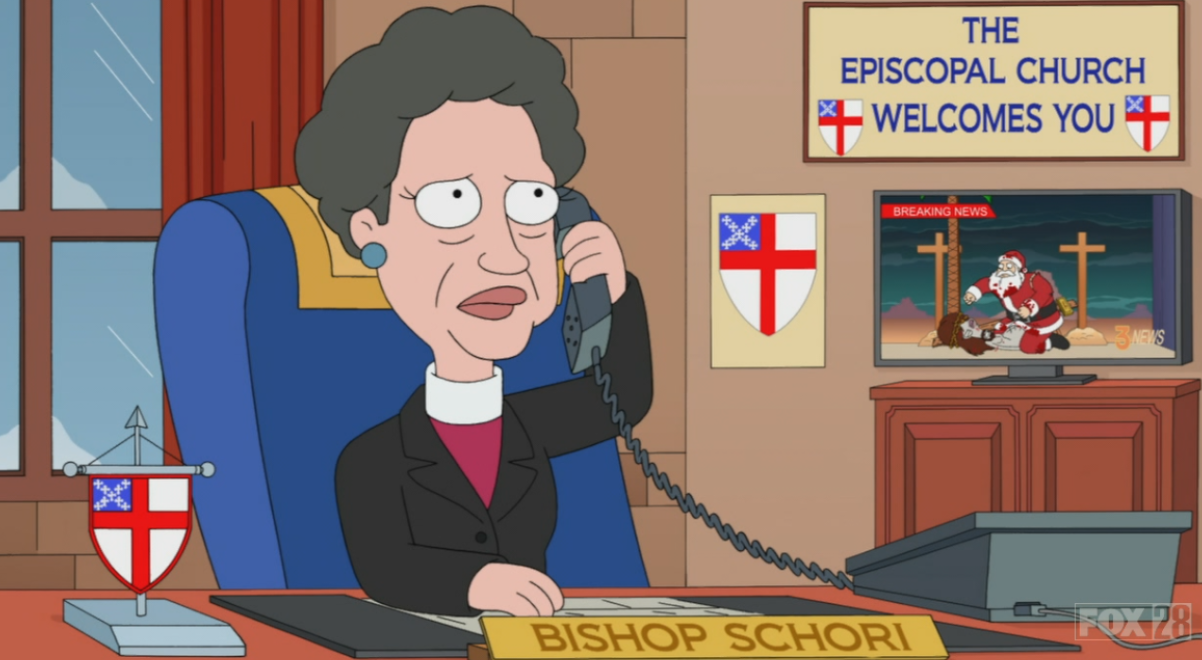 Someone sent me an email suggesting that the Episcopal Church (ECUSA and its Dioceses of Virginia, Los Angeles and San Diego) had committed a combined total of Twenty-one Million Six Hundred and Fifty Thousand Dollars ($21,650,000.00) on litigation from 200-2012 and is budgeted to spend an additional amount almost equal to that for the years 2013-2015 -- close to $40,000,000!!!  In fact the reports of some dioceses indicate that they have borrowed money for their legal bills although nothing has been said about the source of this money from the national church coffers.  The first six years of that total were under the stewardship of Presiding Bishop Frank Griswold (about $1.8 Million) while the rest can be attributed to the time of Bishop Jefferts Schori!


If this is correct, the reason for the decline of the Episcopal Church is made painfully clear -- a higher value is placed upon retaining the property of those who wish to leave than upon the work of the Kingdom of God!  It is always a scandal when the church feeds the pockets of lawyers for anything less than the most essential purpose of God's work.  Frankly, I cannot for the life of me understand why the Episcopal Church is spending so much money, attention, and time on trying to retain buildings it cannot use and many of which are not readily salable.  This is mere spiteful revenge upon those who have found the actions of the church (or, more precise, their failure to act to uphold Scripture and tradition) and who desire to leave for another Anglican jurisdiction.  What a sham!  What a shame!  There is no more ignoble end for a church body than to squander its assets in the vain pursuit of saving face for heresy and apostasy.   But, for those leaving, there may be some consolation in knowing that soon there will be no money left for such foolish pursuits.  All the resources of the denomination will be spent on buildings no longer useful or necessary since many, perhaps most, of its people are gone.  The Episcopal Church will have to come to terms with the fact that it is not the church it once was and not the church it claims to be.

This is the first time I have seen those figures (or anything like them), but the story they tell is definitely true. The actions of ECUSA, first under Griswold and later under the Witch have been nothing but vindictive.

During the years 1999-2006, I was a member of the Church of St. James the Less, Philadelphia. Shortly before my arrival, St. James had done some legal maneuvering to withdraw from the Diocese of Pennsylvania (led by the now thoroughly disgraced Bp. Charles Bennison). The parish went along for most of that time as an independent Anglican parish, something of an anomaly. When we needed a bishop, for Confirmations, etc., a faithful, retired bishop would be brought it; Bennison was never allowed to enter the Church.

St. James the Less was a historic Anglo-Catholic parish on the sadly decaying north side of the inner city of Philadelphia. It began at a time (19 century) when that was the area of wealthy retreats from the heat of the city, and continued later when that became a manufacturing area, home to many British immigrants. The building was a classic beauty, small, and very elegant. It was an exact replica of the parish church built in Long Stanton, England, in the year 1230; St. James was built around 1850.

Rather quickly, Bennison and the Dio. of PA filed suit against the parish, the Rector, and the individual vestry members for breach of fiduciary duty, etc. This wound through the courts, taking a little over three years to finally reach resolution in the PA Supreme Court which awarded everything to Bennison & Co.

As a group, the entire parish (without a single exception) walked away from the ECUSA when the deadline came. We held our last Mass, blew out the candles, put the Prayerbooks back in their racks, the vestments back in the Sacristy, and every member walked out through the cemetery that surrounds the building.

The building now sits mostly empty, with occasional usage by St. Marks from downtown. The property, consisting of the church building sitting in the middle of the cemetery, the sexton's house, the rector's house, the free-standing bell tower, and the parish hall are all just sitting there, waiting to be vandalized. It is impossible to sell such a property; who would buy it? Old, used church buildings are a drug on the market in Philly, and it cannot possibly be used for anything else with the cemetery there.

The parish continues under the new name, St. Michael the Archangel. In the last couple of years, it has become RC (something I would not do) and joined the Anglican Ordinariate. But God's faithful people continue on, with or without ECUSA!

All so sad, and over things destined to perish - but of course, most of the ECUSA doesn't really believe in any of that....

Here are some references regarding the "suggesting" of the Episcopal Church's litigation budget:

"$40 million in legal expenses for the Episcopal Church"

"Just How Much Has ECUSA Spent on Lawsuits? And How Much Will It Spend? Part 6" (including links to previous Parts)

Now if we could only get financial numbers for how much the LCMS Purple Palace (and its assorted district offices) have spend on litigation over the past decade, including the dropped suit against four ladies in California, and any suits resulting from the Darwin Schauer FUBAR in Minnesota.

Is it safe to assume that the Anglicans are not far behind the Episcopalians?

"Upon this rock I will build My Church, and the gates of hell shall not prevail against it" (Matt. 16:18).

The word "Anglican" has become somewhat ambiguous today. Originally, the work meant Church of England, and nothing more. But today, things have changed.

In the 1970's, when various groups began leaving ECUSA, they adopted the term "Anglican" to describe themselves, or more completely, "Continuing Anglican." Subsequently, some ECUSA parishes began to call themselves "Anglicans," largely to confuse folks, I think.

In response to Anonymous, if you were referring to the Church of England, the answer is "yes," they are messed up very badly. They are following ECUSA, and just very recently voted in General Synod to allow women bishops, despite strong opposition, particularly among the laity. It has been coming for 20 years, but like a train wreck in progress, no one could stop it (or so they said).

What cartoon is this from? Family Guy? American Dad?