The past is seldom simply the past. . . 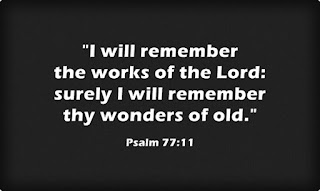 When we are shamed by our past, we struggle to forget it or at least ignore it.  When we glory in our past, we place an impossible burden upon the present and future to recreate the golden days.  In any case, the past is seldom simply the past.  We carry it with us -- for good or for ill.

The collapse of Lutheranism in the waning days of the 18th century was not simply due to Lutheranism's failure.  There were mighty forces at work against the flower of Lutheranism.  Pietism turned the gaze of Lutherans away from the certainty of the means of grace and sought affirmation of faith in the uncertain ground of feeling and experience.  Even when the furor of Pietism inevitably died down, it was not really gone.  The movement infiltrated Lutheranism and left it weaker rather than stronger.  The Enlightenment and its wicked step-child of rationalism was an equal force of destruction for Lutheranism.  It was also intent upon diverting the Lutheran gaze from means of grace that were what they said and did what they promised and left the faith an academic pursuit for the mind whose best fruit was an enlightened and moral life.  Rationalism did not leave Lutheranism but has been incorporated into the DNA of the faith and is still with us.  The catechism became truth propositions to be learned and the Word just another word to be approached just the way any piece of fact or fiction would be dissected.

The sign and seal of Lutheranism's struggle is our inability to leave the past behind.  By incorporating bits and pieces of the movements of the past, we have muddled our identity and we are just as confusing to those outside as we are confused inside.  For some Lutherans, the liturgy, creed, and confession have become yesterday's outdated wardrobe.  For other Lutherans, these have become the ill fitting clothing that they wear because they know Lutherans are supposed to -- but they are not comfortable in it.  And for other Lutherans, these help to anchor our "believe, teach, and confess" in a practical identity on Sunday morning and a piety that flows throughout the week.  Yet this is exactly the source of our struggle.  How do we reconcile the many strands of faith and piety that have come to be our Lutheran quilt and how do we live together in one communion?

Now we find ourselves in the strange predicament of having divorced style from substance so that many who wear the name Lutheran find their hearts either in evangelicalism or mainline Protestantism -- and do not see the contradiction.  The ELCA and the "progressive" Lutherans who lean that way are perfectly comfortable adapting their Lutheranism to the remnants of the past now masquerading as things new.  In Missouri we wrestle with a split personality that is officially mostly orthodox and consistent on the convention level but whose practice is hardly the same.  The rest of the Lutherans in America have splintered off into earnest but somewhat inconsequential small groups.  Some struggle to be orthodox and others simply want to be Lutherans as they were with the clocks rolled back a few years.  European Lutherans have, within the state churches anyway, gutted the faith and left in place a few of the outward signs and symbols of a once vibrant Lutheran Christianity.

The funny thing is that the liturgy seems to be ground zero for all our diversity.  Progressives are intent upon using the liturgy to advance their theological agenda.  Pronouns do not matter we are told, but then, again, they do, if they do not reflect diversity and the LGBTQ agenda.  Others delight in not being indifferent to so-called things indifferent and insist upon shedding anything that might at all seem churchly on Sunday morning to appeal to the masses.  They have made the liturgy (or the lack of one) a hill to die on and insist they are just as Lutheran for not having one as those who insist upon it.  Still others insist upon the book (they wish it were the 1941 book) but their hearts are not in it -- their piety does not flow from or back to the altar.  What happens on Sunday morning is a sacred connection to the past and nothing connects better to when they were kids than page 15 (as it used to be done, and black gown would be super!).  Still others are accused of hearts in Rome because they insist that ceremonies and the liturgy do matter -- not because of them but because of the faith that they sign and symbolize.  So when private confession surrendered to a general confession, when the Sacrament became an add-on to the Service of the Word, when the consecration bells fell silent, and when Eucharistic vestments were discontinued, what happened was not a simple change in ceremony or ritual but the surrender of what we believe, teach, and confess.  Soon the exorcism disappeared from the baptismal rite and with it any real appreciation for the devil and the demonic powers against the Kingdom.  The service, absent the Sacrament, became the sermon.  Then, when the quest for the historical Jesus left us with uncertainty what, if anything, was true in the Scriptures, the sermon was nothing more than moral address designed to progress behavior.

The past is seldom simply the past.  We hold on to different things from the past, we hold on to the past differently, and we respond to the past differently but, no matter who you are, you carry some of it with you wherever you go -- for good or for ill.  The only standard to hold the past and the present to are the Confessions and our solemn insistence that we not deviated from the catholic norm of Scriptural doctrine and its faithful, ceremonial, practice.

Good article, my friend. Much to chew on.

Eucharistic Vestments are adiaphora and not essential to the blessings
we receive at the Sacrament of the Altar.

Rev. Peters (August 10, 2016): "Any ceremony or words or practices that did not conflict with that Gospel were free to be kept in good conscience. This is the clear catholic principle of Lutheran confession and practice."

Similarly, in his article, "Grabau and the Saxon Pastors: The Doctrine of the Holy Ministry, 1840-1845" (Concordia Historical Institute Quarterly, 62, 1995, p. 93), Rev. William Cwirla stated this distinction on liturgy:

The conscience is an operating system that must be programmed in order to function properly. Garbage in, garbage out. A Lutheran aesthetic will be programmed according to what is allowed, not what is demanded. We become programmed
by the aesthetic du jour. Some of this is just style; much is change in belief. Excellent article.

Regarding your fourth and fifth paragraphs, which contain much handwringing over ceremonial forms:

Luther: "We however take the middle course and say: There is to be no commanding or forbidding, neither to the left or right. We are neither papistic nor Karlstadtian, but free and Christian in that we elevate or do not elevate the sacrament, how, when, where as long as it pleases us as God has given us the liberty to do. Just as we are free to marry, wear the chasuble or not, to have the cowl and tonsure or not. In this respect we are lords and will put up with no commandment, teaching, or prohibition."

The quote from Martin Luther comes from "Against the Heavenly Prophets in the Matter of Images and Sacraments." (1525), trans. Conrad Bergendoff, vol. 40 of Luther's Works, ed. Conrad Bergendoff (Philadelphia: Fortress Press, 1958, p. 130).