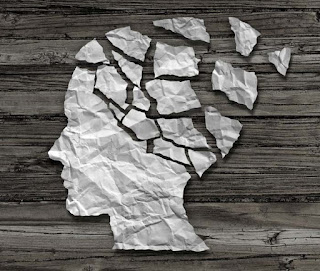 When I was growing up and Holy Communion was four times a year (whether you needed it or not), the preparation for the Sacrament was a Corporate Confession and Absolution service, held a few days before the Sacrament was to be offered.  The service was on page 47 in The Lutheran Hymnal.  It included an Exhortation, the familiar words of confession, and a choice between a short question pointedly asking the sincerity of what was confessed OR a longer form with five questions complete with an even more pointed response (Verily, you should. . . ).  Then the absolution was declared.

The first official sign of change came in the Worship Supplement 1969 but the big splash came when Lutheran Worship 1982 finally included a rite.  Sadly, there was not much catechesis about the restoration of that rite and so it was a big splash that was later forgotten and the status quo of silence continued even to the present day.  When a young pastor shows up right out of seminary, having been taught about the value of private confession from pastoral practice, liturgics, and Confessions classes, to address the topic of private confession, people immediately are suspect of him.  Does he lean toward Rome?  It is not their fault, of course, because they were not properly taught and their church had suffered amnesia with regard to this blessed and wonderful sacramental rite and its gift to the penitent.  But it does explain why so many are so confused about what Lutherans believe, confess, and teach with regard to private or individual confession and absolution.

So now we have the rite restored to both hymnal (LSB) and catechism and there are more pastors now willing to teach this wonderul gift with which Christ has blessed His Church, but are we willing to receive it?  It will be a long time before we find ourselves in accord with the Apology or with practice Bach knew in which additional times and additional pastors had to be assigned for the many desiring confession or even the time of Loehe when he found the burden so great that it was permissible for the pastor to sit on a chair while handling the great number of confessing people.

It is well known that we have so explained and extolled the benefit of absolution and the power of the keys that many troubled consciences have received consolation from our teaching. They have heard that it is a command of God—indeed, the very voice of the gospel—so that we may believe the absolution and regard as certain that the forgiveness of sins is given to us freely on account of Christ and that we should maintain that we are truly reconciled to God by this faith. (Ap. XI.2).

Yet without a rite, it became a footnote in history and not a part of ordinary faith and piety among Lutherans. FWIW, I was catechized in the '43 Catechism and not one moment was given to the practice only to the theory. I expect that this IS normative among Lutherans of my age.

Holy Scripture does not say that without a formalized and procedural rite, private confession will become a footnote in history and not a part of ordinary faith and piety among Christians (including Lutherans).

Concerning the formalized and procedural rites of the Church the expositions in AC.VII and Ap VII/VIII.31 apply.

Concerning private confession and absolution, the expositions within the Book of Concord of 1580 apply, including: AC.XI; Ap.XI.63-67; and SA.III.III.1-2.

That some Lutheran pastors have inadequately catechized their catechumens is a sad fact, which has resulted in numerous Lutherans leaning and eventually falling off on one side or the other into the ditch of Romanism or the ditch of pietistical schwärmerei.

Fr. Peters, you wrote the following: Holy Communion was four times a year (whether you needed it or not). Everyone always needs the Eucharist. No one does not not need it.

Concerning the formalized and procedural rites of the Church the expositions in AC.VII and Ap VII/VIII.31 apply.

Since when did that apply to confession? NEver. Otherwise, it would not have been retained and almost elevated to sacramental level. (It should be a sacrament). IT's because of hogwash like this (yes, it is) that I'm no longer Lutheran. The Catholic priniple has been long jettisoned and something as beneficial and even necessary as confession (maybe, Carl, you can explain to me how private confession is NOT or CANNOT be beneficial for our souls) is seen as merely a human ceremony. It is a means of grace. I'm sure you'll respond saying that you can confess your sins to God. WHy do you need to do that? He already knows. So why not confess to one of his servants and receive through him the comfort you need which obviously you do not crave enough because going through a priest is an uncomfortable act. and you have the unmitigated gall to accuse others of pietism. Look in the mirror, Carl.

In the Small Catechism, Martin Luther clearly states, that before God
we MUST plead guilty of all sins. He adds that before the pastor we
MAY confess those sins which trouble our hearts.

The laity do not need a rite of confession when they go to their pastor
and share their burdens. A rite can become a mechanical ritual which
avoids the genuine interaction of pastor and laity. I want a pastor
who listens to my confession and graciously assures me of God's love
and forgiveness.

Unknown ex-Lutheran: Since when did that apply to confession? NEver.

The AC reference and quoted Apology excerpt were to the formalized and procedural rites, not to the actual exercise of the Office of the Keys in Confession and Absolution.

Unknown ex-Lutheran: IT's because of hogwash like this (yes, it is) that I'm no longer Lutheran.

I seriously doubt that whatever I or some other layman said to you was responsible for you no longer being Lutheran. You are no longer Lutheran because you no longer subscribe without reservation to the Lutheran Confessions.

Unknown ex-Lutheran: maybe, Carl, you can explain to me how private confession is NOT or CANNOT be beneficial for our souls

Who said that "private confession is NOT or CANNOT be beneficial for our souls"?!? Not me.

Unknown ex-Lutheran: "and you have the unmitigated gall to accuse others of pietism. Look in the mirror, Carl."

Unknown ex-Lutheran, the next time you go to confession, talk to your pastor about your bitterness and your evident tendency to fling unsubstantiated criticism at others.

I just consulted two Roman Catholic, pre-Vatican II Roman missals for lay people (one Latin/English and the other Latin/German). Neither of them has a rite for private confession. Therefore, using the same line of argument employed by the original post, I conclude that pre-Vatican II Roman Catholics knew nothing about the practice of private confession.

The point being overlooked is that one doesn't need an elaborate rite for private confession. Even in the Roman Church, it is simply, "Bless me, father, for I have sinned. It has been ____ days/weeks since my last confession." The rest is largely ad lib, although the priest has a formula for absolution.

I don't say this to disparage the rites for private confession in Lutheran Worship and in the Lutheran Service Book. But you might consider that pre-1960 LCMS folk lined up at the parsonage on Friday nights to confess their sins to the pastor before going to communion the following Sunday. They did so without any particular rite to help them. Meanwhile, we have a full-fledged, beautiful, Scripturally rich rite, but next to nobody goes to confession.

I was confirmed in the LCMS in the mid 1970s. I was taught from Luther's Small Catechism. Private confession was never taught nor practiced. Likewise, I never heard of the Book of Concord until 30 years after confirmation. I never knew Lutherans even allowed private confession - too Roman Catholic. If Lutherans are not catechized that private confession is strongly encouraged, it doesn't matter if there is a rite. I have never participated in private confession but believe it is good and salutary.

A brief discussion of the history of private confession in Berlin at a SELK congregation site: