All twelve tapestries done by Raphael are now back together again in the Sistene Chapel (at least for a while).  They have been undergoing restoration work at the Vatican.  You can watch a Twitter video here.  Another blog has it here.  Commissioned by none other than the Luther nemesis Pope Leo X, these tapestries were never seen completed by Raphael who died four months after the first seven were hung  in the chapel on St Stephen’s day, December 26, 1519. Raphael was probably there to see them before he died at the age of 37. The others were finished after his death.  “The last record that we have of all of them being hung in the Sistine is from the late 1500s,” Alessandra Rodolfo, the curator of the exhibition, told Reuters.  Previous exhibitions, some of which lasted only a few hours or a day, included only the 10 larger tapestries, some measuring about six by five meters. Two of the 12 are narrow and hung vertically as borders. 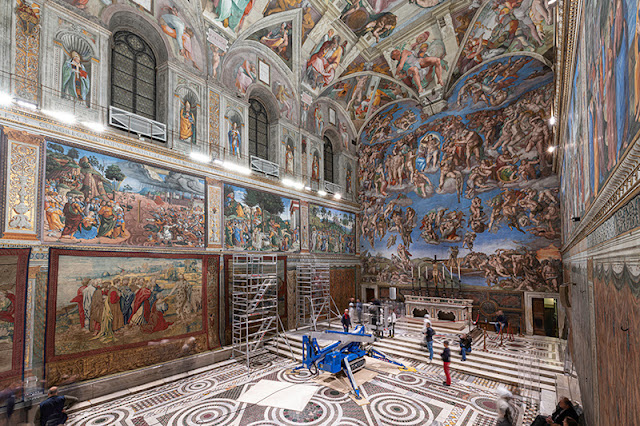