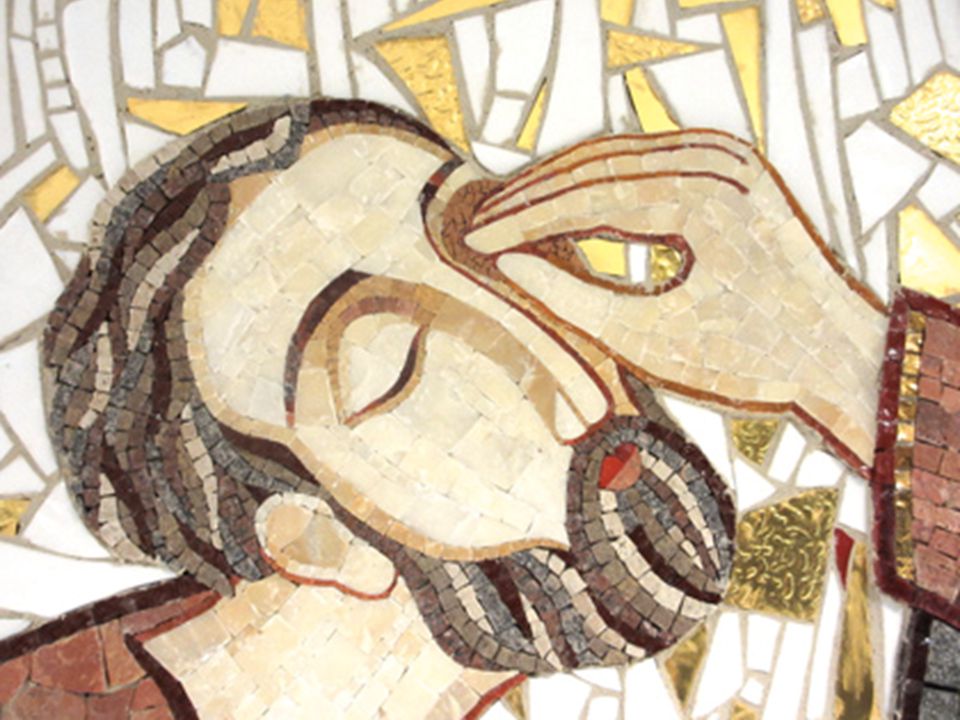 It sounds so very foolish to us.  “Who sinned?”  We don’t think in those terms, do we?  Sins are just mistakes, intentions left undone, opportunities not taken, and simple misunderstandings.  Sins are not real.  Sins are when things that go wrong.  You can fix them, after all.  An apology or doing something nice makes up for mistakes.  And for sins, right?

Funny.  Here we are in the midst of a worldwide panic and pandemic.  And guess what we want to know?  “Who sinned?”  In other words, who can we blame?  China, Trump, the media?  But that is the problem.  Blame does not fix what is wrong and blame is most important when you can do nothing quickly or easily to fix it.  We are heirs of the apostles, after all.  They thought in terms of sin because they did not know how to fix it and so the most important thing was who to blame.  Okay, there is a man born blind.  So, who sinned?  Did he sin or did his parents?

The reality is that we all sinned.  We are all to blame.  But that is as far as it gets because alone with this sin comes blindness.  We are all blind from birth.  There are no exceptions or immunities to this blindness.  It is not because we have an eye problem, we have a vision problem.  We cannot see God.  God must reveal Himself to us or we cannot see Him.  He must open the eyes of the blind and show Himself and this is exactly what God is doing in Christ.  Our Lord Jesus Christ has entered into the darkness and blindness of our sin-filled world.  The first thing that His light does is expose our blindness.  He shows us what we cannot see.  We are sinners, all that is wrong is wrong because of sin, and that this sin has so pervaded our identity that don’t even know it.

You have added to this darkness of sin but you did not cause it.  Your parents added to sin’s darkness as well but neither did they cause it.  You have to go all the way back to Adam and Eve in the Garden to find where sin and its blindness begins.  It is there where God became a mystery to us, where faith surrendered to fear, and where the heart of man became so corrupt that wrong became right and right became wrong.  Blindness to God and to His purpose and to His will is the fruit of sin that began long ago and far away in a garden.  There trust was traded away for knowledge of sin, where innocence was exchanged for guilt and shame, and where life was surrendered for death.

Because of what happened in that Garden, we do the works we were trained by sin to do.  Sinners sin.  The blind do not see.  The deaf do not hear.  The lame do not walk.  The fearful do not hope.  The dead do not live.  We are all blind because we cannot see God.  But thanks be to God that He was determined to be seen.

He came in flesh like us to open the eyes of the blind.  God wants us to know Him and the power of His love.  So the curse of sin we once chose for ourselves, He has chosen to bear on the cross and the death that came with our bargain has become Christ’s death to die for us.

In the pool of Siloam, the man born blind has his blindness washed away.  In the pool of baptism, you, who were born blind, have had this blindness washed away.  The Spirit has worked to open your mind to know, your heart to believe, and your faith to see God.  The blind man in our text did not know how it happened but He saw.  You do not know how baptismal water works, but you know whom You have believed.  The blind man saw Jesus and knew God.  And in baptismal water you have seen Jesus and know God.  His was an imperfect faith that had to be catechized and so you need to hear the Word of God preached and taught.  His was a halting faith that must be strengthened and so you are here to have your faith strengthened.  His was a faith planted by the Spirit and fed and nourished by the means of grace and you are here to be fed and nourished upon the Word of the Lord and the body and blood of Jesus.

The man born blind sees but those around him are still blind.  Their blindness is their refusal of God’s grace and their rejection of Jesus.  Theirs is a blindness chosen because they have rejected the Spirit who opens their hearts, minds, and eyes to see Jesus.  They have all the excuses and reasons why they will not believe.  There are none so blind as those who will not see.

It is an amazing story.  While it is certainly incredible that God can give sight to the blind, the greater revelation is how deep the blindness is and how dark life is and how death rules because of sin.  We marvel at great doctors who can give sight to eyes that do not work.  Why we do not marvel at the God who makes Himself known to us so that we might see Jesus?  Perhaps that is exactly what is revealed by times like these.  We cower in fear of epidemics out of control but we forget the mercy God has shown us.  We worry about tomorrow but forget the eternity God has given us.  We panic and forget that whether we life or die, we belong to the Lord.  There is no shortage of blindness still.

To know God and see Him by faith is not some nice little side benefit to an already good life.  It is the power that rescues people from fears that overcome them, from  temptations that seize on their weakness, and from a focus on the moment that masks the eternity which is theirs in Christ.  This life is passing away.  Ask anyone who is old how fast their life passed by. What God is giving us is not some band-aid for the moment but the life so real death cannot kill it and a future so long no clock can measure it.
All of this is His gift to us in Christ, our Light and our life.  He covers our sin with His righteousness, rescues our mortal bodies for eternal life, and He is with us when we are sure we are all alone.  This is exactly what a people prone to blindness need to see and know and trust.  And that is why Christ has come.  To open the eyes of the blind and to convict those who refuse to see.

This is the message of the Gospel.  When you see Christ, you not only see God, you see who you are, why you are here, and what you are to be about.  For the light of Christ not only exposes sin and death but reveals the power of His life to end sin’s reign of fear and to raise the dead to everlasting life.  That is good news to a people swallowed up by bad news, frozen in fear by our powerlessness, and panicked into hoarding what is of little value while forgetting the value of the eternal.  That is the blindness Christ has come to confront and that is the gift given us when we see Christ by faith.

Now more than ever, we need the Lord’s light.  We have been blinded by our fears and have forgotten to hope.  We have judged the threat to this life greater than the promise of eternal life.  We have panicked instead of trusted and given into hysteria instead of living in the peace that passes understanding.  This too shall pass, my friends, but God’s grace will remain forever.  Christ is ours and we are His.  Once you were in darkness, but now you are Light in the Lord.  Walk as the children of Light.  Do not let fear steal your hope.  Do not let panic reign where God has given faith a home.  God has opened your eyes and hearts..  Trust in His Word and rejoice in His food.  For in Christ is no darkness at all –  only light and life forever.  Thanks be to God.  Amen
Posted by Pastor Peters at 6:00 AM

You put into words the manner in which we should frame the times in which we now live. The new reality of today may or may not last, but the ramifications and the impact has already affected us. Many of us have been blinded by the prosperity of living a blessed life in our country, and in some respects, we have often placed Our Lord Jesus on a shelf in our spiritual house, something we go to "in event of emergency only." This attitude slips in because our eyes are often so focused on the trinkets of the world, the vanities of the heart, and the imaginations of pride and self interest. The pandemic crisis is humbling. One week before it visited our shores, most of us were still thinking this is just overblown and inconsequential unless one is a high risk individual. Now the country is essentially closed for business as usual. Thank God we still can eat, because food and medical care remain, as well as fuel for heat and other essentials. For Christians, it is a wake up from the Lord, a reminder to get out of our laxity, and sense of entitlement, as well as a warning to wake up from spiritual slumber. This past Sunday, a watched a couple of worship videos from local churches, an LCMS sermon, and a WELS sermon. On Christian radio, I listen to hymns and Gospel music. We are blessed by the availability of internet based Gospel messages, but we must take care to discern doctrines being promoted. In all, we can get through this crisis, but in our spiritual house, Jesus cannot remain as just a shelf ornament.