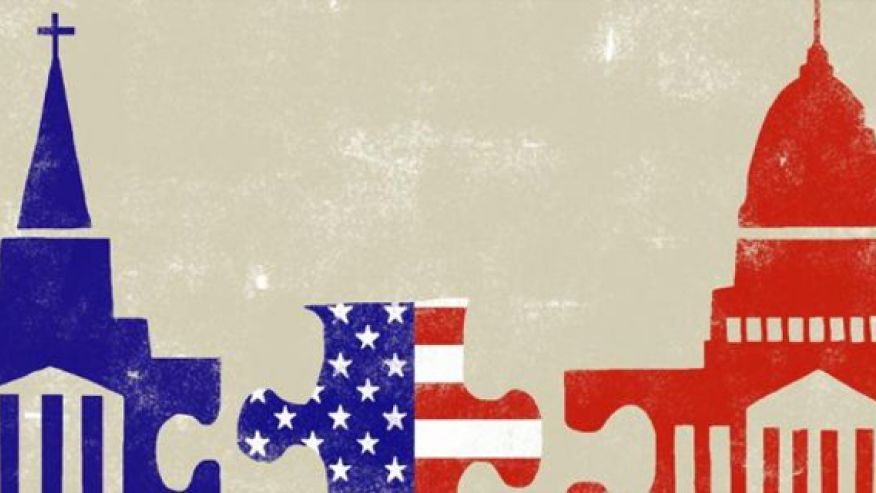 Though we tend to live with the romantic image of the independent thinker who marches to the beat of his or her own drum, we are, in reality, herd creatures.  We find comfort and security in the herd.  From political opinions to taste in food to preference in clothing to our choice of decor, we follow trend and fad.  The romance of the individual is lived out within the harsh environment of a culture that values uniformity most of all.

Liberalism (or progressivism, which ever you prefer) delights in the idea that it is counterculture but liberalism, like conservatism, is in a fight for control of the herd.  The difference between them is that conservatism is more likely to allow different opinion whereas liberalism has shown itself intolerant of those who would dare to disagree.  Whereas conservatism has debated ideas within an open forum, liberalism no longer dares a choice except the politically correct opinion.  This is less about the value of conservatism or liberalism but simply an honest appraisal of the way both have operated, especially more recently.

In the past, the Church may have identified with one side or another.  With liberals, the Church has heralded the causes of the immigrant, the poor, and the weak.  With conservatives, the Church has lauded the place of the family, morality and ethics greater than individual choice, and the sacredness of life.  So from time to time the Church has been gravely tempted to side with one group or another in pursuit of the overall goal of shaping the culture.  The allies we may find within liberalism or conservatism are temporary and we should be wary of making friendships with groups whose positions may not be certain or trustworthy.

The Church is a counter cultural movement.  Though we may have forgotten this more recently, history shows that the Church has lived in the world but not of it -- and when the Church has forgotten this, the Gospel itself has suffered.  From the earliest days of Christianity, it was the Church that extended value and protection to women and children and family.  The Church did not take up a side against another but spoke from the heart of the Gospel to a world in conflict with that Gospel.  The mercy ministries the Church was noted for were on behalf of those least valued by the society around them.  From the orphan to the widow to the sick to the aged, the Church took their care under the wing of their love for neighbor and these became a hall mark of the Church's very identity in the world.

But that has virtually disappeared in the West.  In its place, some have tried to use the Church's voice on behalf of minorities not so oppressed or bereft of protection.  Liberal Christianity turned the Church's embrace to the cause of sexual liberation.  From feminism to the LGBTQ+ agenda, liberal Christians have found a new cause.  In contrast, more orthodox Christians have worked tirelessly for the cause of traditional marriage, for the cause of the family, for the protection of the unborn, and for the protection of the aged and infirm.

It is high time that the Church rediscovered its counter cultural identity.  We cannot afford to be tied to political causes or to become a delayed echo of the most progressive forces of change any longer.  From the heavenly worship of the Church in which we anticipate the future God has prepared, to the message we proclaim within the community of the baptized and in witness to the world, we are a counter cultural force.  Ours is not just a message of condemnation, though we cannot be silent when condemnation is require, but a positive message of hope and redemption by the blood of the Savior acting out the love of God for us.

The values of the Kingdom of God and the power of love are not theories meant as fodder for the mind but are lived out in the actions of a people who have been rescued by the redemptive love of Christ and brought to know Him and the power of His death and resurrection by the Spirit's work within us.  We are not do-gooders whose beneficence is designed to win friends and influence people but proceeds from God's own saving work which is manifested in us personally through the means of grace.  The good that we would do is Christ working in us and through us; there should be no daylight between Christ's saving work for us and our work on His behalf in the world.

In the simple act of espousing the cause of the Gospel and morality in our culture, one is automatically associated with the conservative element by the liberal media, the academics, and their preferred political party, the Democrats. Since a church is only valued by our culture if it is progressive enough, than more traditional bodies will receive the brunt of the disdain with which the carnal world views the Gospel of salvation in Christ alone. Only a watered down feel good version of Christianity is acceptable to many Americans today. As you said, the church is counter cultural if it has any shred of integrity. In my role, however, as a citizen and a voter, I do wholeheartedly support conservative causes, particularly the pro-life movement, and those which favor laws which restrain evil and promote a moral foundation. God wants us to shape the society for good, and make our stand for the Christian faith and the furtherance of the Gospel to the best of our ability. The alternative is to do nothing, and allow evil to prosper, and this is something we simply cannot do.