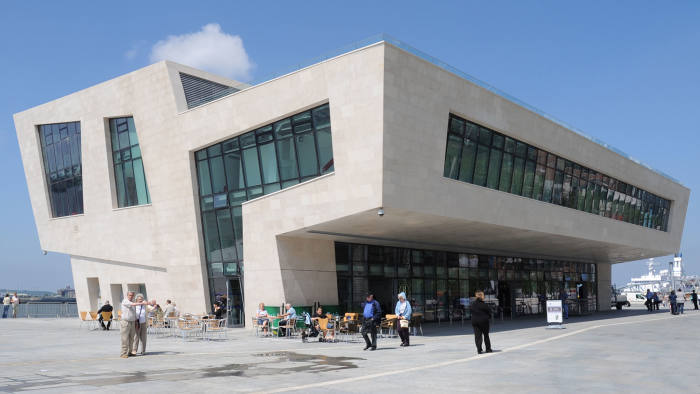 Much is made of urban decay and urban blight.  Indeed, there is no shortage of raw material to contrast the rarity of beauty with the commonplace of ugliness.  All of this happens, of course, in the context of Churchill's famous rejoinder that we shape our buildings and then they shape us. So it is no surprise that the buildings in which we experimented with whim and forgot their purpose have become an albatross upon our vision and our pocketbooks.  From the stark walls of poured concrete with all its rawness to the silly repetition of mirrored glass and stainless steel, we have endured the brutal result of form follows function.  It is true of the concrete jungle but also true of the places within that jungle that were supposed to be outposts of beauty, namely churches.

After the death of Roger Scruton, I was directed to his pursuit of those who would abandon beauty and make their peace with the dehumanizing nature of what passes as modern architecture.  In the BBC documentary “Why Beauty Matters,” Sir Roger connects architecture to the result of  urban decay.  In it is this comment:

It is perhaps an obvious truth that beauty invites us in, helps us to find a place, and to see who we are.  So for the great Gothic tradition of the past, the individual looked small in comparison to the size of the structure and the individual was overcome with the greatness of God and the majesty of His presence.  This is both compelling and terrorizing.  Light from great windows shed its brightness upon the dark and the images in that glass told the story of the God who loved even me.  The grand expanse of the structure from door to altar did not simply display distance but drew attention to the God who transcended that gulf by sending His own Son to come to us.  The high altar and elevated pulpit drew attention to the solemnity of what was happening when God invited us into His presence, spoke to us His living voice, gave us new identity in baptismal water, and became our food of eternal life.  Finally, the entry and the exit are pretty effective at establishing the boundaries between sacred and secular while at the same time reminding the congregant that he was in the world but not of it.

In contrast, the architecture of the church and the world puts man at the center.  In some cases that means drawing the sight lines down and in other cases it means an absence of the pedagogical role of art so that the person is himself the adornment of the space.  In other cases, the space becomes monument to the greatness of the builder and its empty walls and windows merely canvases for the imagination to paint.  In this way, architecture has become temporary and it is expected that a future generation will tear down the structures of a previous generation and build its own temple to the moment.  In America we are much better at destroying the structures of the past than we are refurbishing them for the present or preserving them for the future.

Ugliness is an enemy of more than beauty but the Gospel.
Posted by Pastor Peters at 6:00 AM