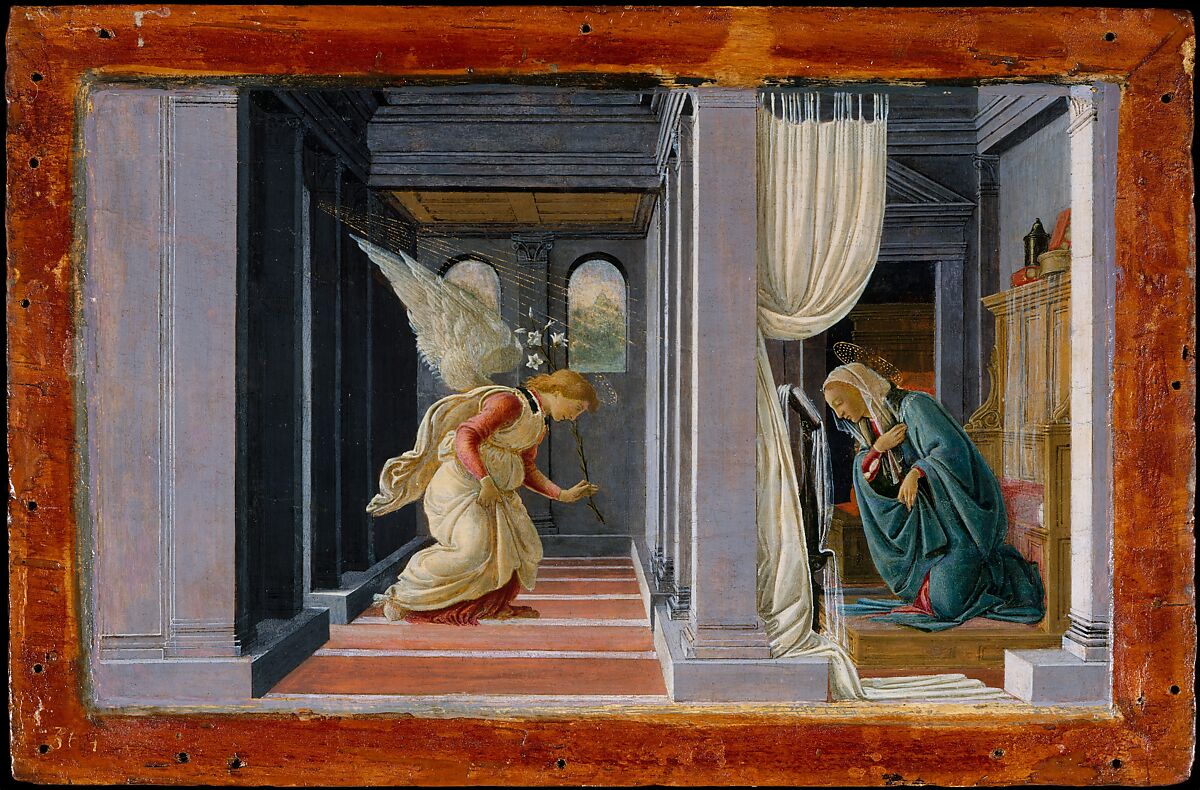 It is strange that so few Lutherans are familiar with the Feast of the Annunciation of Our Lord.  Oh, to be sure, most know the story from the Gospel according to St. Luke.  But that this story is the Gospel appointed for a feast day is usually a surprise to most Lutherans.  Even Lutheran pastors seem ignorant of this feast day.  In particular, they are in the dark about its importance to the calendar.

This is a principal feast day.  What that means, according to the rubrics of Lutheran Service Book, is that this feast day is normally observed when it falls on a Sunday -- even when that is a Sunday in Lent.  Therein lies the rub.  Most Lutherans presume that nothing interferes with the Sundays in Lent.  Few Lutherans would expect to observe the Feast of the Annunciation if they went to their church on a Sunday in Lent that happened to be March 25.

Now it is true that normally this feast day defers to Holy Week or Easter.  But outside of that exception, when March 25 falls on a Sunday, Lutherans should expect to observe the Annunciation.  According to the rubric found on page 960 of Lutheran Service Book:  Altar Book:  "It is appropriate to observe this feast day in all its fullness during Lent.  However, according to historical precedent, when the Annunciation falls during Holy Week or on Easter Day (or also on the Fifth Sunday in Lent in the one-year series), it should not be observed at those times but may be transferred to a weekday following the Second Sunday of Easter."

So those who follow the Three-Year lectionary should expect to observe the Feast of the Annunciation on March 25 and simply omit the fifth Sunday in Lent.  The older one year lectionary, however, is already into Passion-tide upon the fifth Sunday in Lent and therefore the Annunciation would be transferred and would not replace Judica. Since the majority of our parishes are in the Three Year Lectionary and do not observe the Historic or One Year Lectionary, most of us should expect that if Sunday falls on March 25, the pericopes would follow those ordered for the Annunciation.

As I wrote some years ago:

The Annunciation of Our Lord is by all accounts one of the most ancient and venerable feasts on the Church's calendar yet, because it falls during Lent, it is seldom even acknowledged.  And why do we keep this feast?  Because it relates to one of the most significant and grandest mysteries of the faith -- the Incarnation of our Lord.  You cannot have a baby without a conception and that is why, nine months before Christmas, we have a conception through the Word of the Lord, by the power of the Spirit, with an Archangel bearing the consequential news.  Interestingly, the date of the Annunciation may well have set the date of Christmas -- and not the other way around.  But that is for another post...  Suffice it to say that Lutherans should not forget this important feast whether it is transferred to another day or observed on its Sunday.  It is very important to our confession of our Lord Jesus Christ, the Son of God, is God and Man; God, of the Essence of the Father; begotten before the worlds; and Man, of the Essence of his Mother, born in the world. Perfect God; and perfect Man, of a reasonable soul and human flesh subsisting. Equal to the Father, as touching his Godhead; and inferior to the Father as touching his Manhood. Who although he is God and Man; yet he is not two, but one Christ. One; not by conversion of the Godhead into flesh; but by assumption of the Manhood by God. One altogether; not by confusion of Essence; but by unity of Person. For as the reasonable soul and flesh is one man; so God and Man is one Christ...