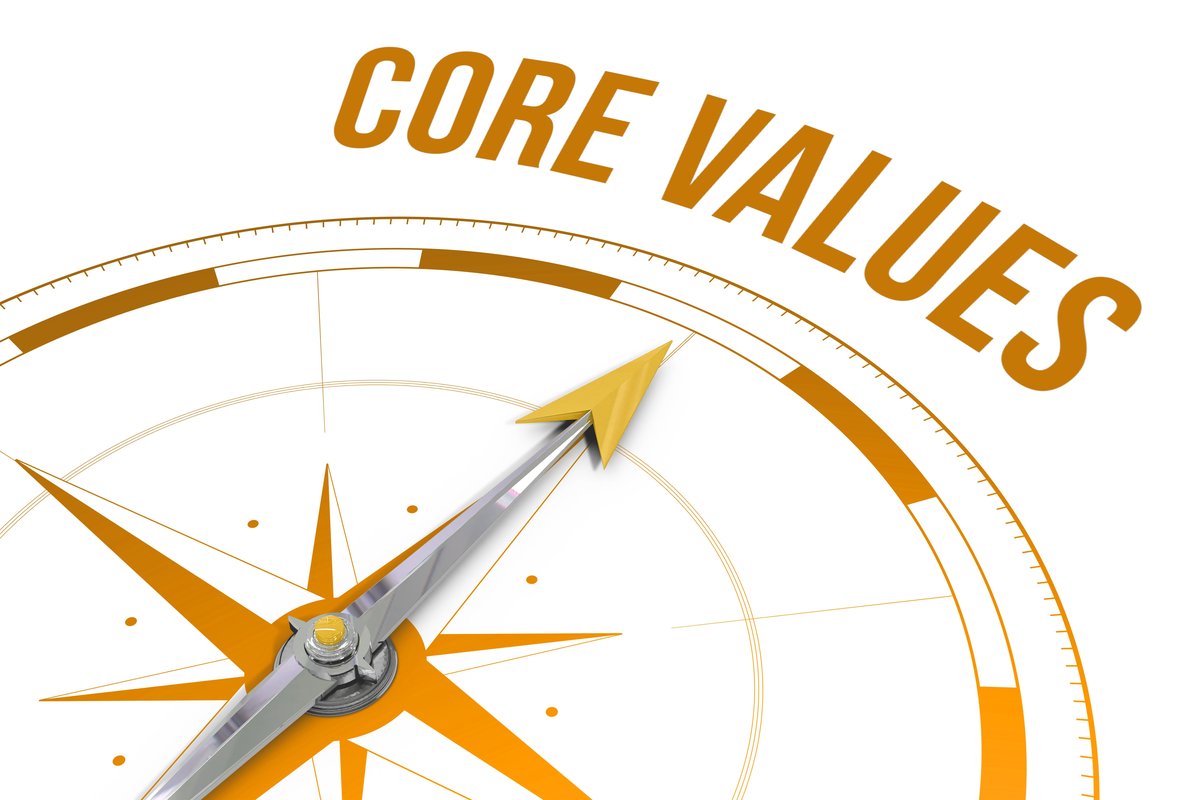 In my car I heard an ad on the local public radio station for Vanderbilt Hospital in Nashville.  It seems stranger that a name like Vanderbilt has to advertise.  It is, after all, the elephant in the room of health care in Middle Tennessee and well known throughout the world.  But that is the state of things.  Everyone is competing for the almighty health care dollar -- even lofty Vanderbilt!

Anyway, the ad itself was curious.  Vandy was touting their labor and delivery suites and the wonderful care they provide for mother and child.  The strange thing was that they were quick to suggest that they were attentive to and would work within the framework of the mother's core values.  There was once a day when you chose a hospital because of its core values.  Apparently, we have now entered the day when the hospital (or any other institution) caters to YOUR core values.  So if you want to get rid of the child, we are here to help you.  If you are not so sure you can handle a child with a disability, we can help you with that.  If you want a healthy baby no matter how much that baby's health may cost, we can also help you with that.  The hospital has no values except consumer satisfaction.  Now that is something we should have seen coming but I am not sure many of us did.

There was a time when nations had core values -- not the kind imposed from the top but the kind that the people share.  Those core values were what drew others and what kept us from degenerating into a nation of individuals.  Some of those were enshrined upon the Statue of Liberty.  Though it is not fashionable to admit these days, those core values were largely tied to a common Christian faith and identity.  Even amid the differences in churches, traditions, ethnicities, and languages, the Judeo-Christian ethic was the glue that bound our diversity together.  So what happens when core values become individualistic and the ties that bind are either weakened or relegated to something less essential and universal?

I wonder if we have not already seen this at work in religion in America.  Religious entrepreneurs see this as a marketplace where the appeal is not to truth but to feeling, not to fact but desire, and not to objective reality but subjective perception.  What was once a robust Protestantism in America has become a strange desert with individual oases built less around "this we believe" than "this we like."  Personalities dominate instead of doctrine.  Core values have less to do with truth confessed than they have to do with what seems good to us now, in this moment.

The corona threat has only highlighted the individualistic center of our faith, values, doctrine, and piety.  In fact, the rush to substitute online versions of in person services may have hastened the day when religion is consumed like entertainment.  What we do on Sunday morning will have less to do with what we believe than it will have to do what we enjoy.  Church may become, at least for these entrepreneurial Christians, a dot com rather than a congregation.  Membership no longer has its privileges and viewership will have become the prime determination of success or failure.  Of course, liturgical and sacramental churches will not be so quick to follow their lead.  Even in this, however, liturgical and sacramental churches have ceded to media a place that will be difficult to restrain in the future.  If people are satisfied with watching live stream or video and making a spiritual communion instead of eating and drinking the testament of our Lord, the urge to return to the pews will not be great enough to overcome the desire to be comfortable.

In the end, perhaps the only core value that counts is what I want, like, find meaningful, or makes me happy.  If this is the end result, sin will have won and some churches will end up counting on the very thing they were established to confront and overcome.  Satan does not need darkness and evil as much as he enjoys the cooperation of a people who want to be happy more than they want to be holy.
Posted by Pastor Peters at 6:00 AM

I read your article about "core values," but at the moment the news across our land is mostly about violence and insurrection. The divisions in our country are being inflamed by agitators and a Leftist march to impose their "core values" unilaterally on our country. The cost of resisting their politically and socially twisted "core values" is the veiled threat of violence and intimidation, culminating in civil unrest, insurrection, destroyed cities. As we speak, in the city of Seattle there is an area in which there are 500 residences and businesses which have been taken over by BLM and Antipha groups, and the city council has agreed to keep police out of this zone. Now, one writer stated that what happens when these groups loot or intimidate the folks living unprotected in these police free zones? What happened to core values? What happened to law and order? In less than 3 weeks, the country and many cities have become under fire. I for one see how we have lost our unifying core values. My country is dying. Our core values are drowning in the river of civil unrest. God help us all.