In order to save them, we might have to hasten their demise. . . 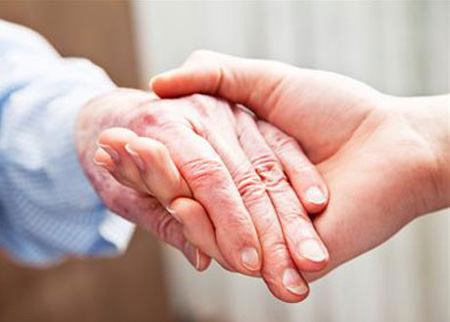 If I recall, a quote that goes back to the Viet Nam era said something like in order to save the village, we had to destroy it.  I am not at all sure whether this is accurate or whether the reporter who is credited with it (Peter Arnett) got it from some other source or if it was original to him.  But it could take on new life as we deal with the aftermath of the corona virus.

They said that all of the radical suspension of our liberties and the restriction of our lives was for the sake of protecting the hospitals from being overloaded with patients, protecting the general populace from infection, and protecting the vulnerable (read here aged and infirm) from death.  I am not at all sure that what was done has contributed toward any of these goals and I am not sure how you would measure such a thing.  But one thing I do know is that the vulnerable population (aged and infirm) has suffered more than most in this area of "safe at home" orders.

I have members of my congregation who were to be quarantined to their rooms in nursing homes and assisted living centers -- without visitors and with meals dropped off to their rooms.  The homes had already restricted outside access to their patients and residents so even family had a hard time getting in.  One such family elected to take the elderly resident home -- sure that the isolation would only hasten the memory loss, confusion, and degeneration already in progress.  For many of these, their trips to church, among other few weekly stops, were the lifelines of communication, stimulation, and support that kept them mentally and emotionally alive.  Shutting off these visits may have preserved them from the virus but the cost of that protection may have stolen away parts of their lives they will never recover.

A while ago my own nearly 90 year old mother made her first trip out of the house in three months -- to visit her sister-in-law and my son about forty miles away from where she lives.  The reunion and time out of the house was a godsend for her.  I called her almost daily but it did not take much empathy to hear the longing and loneliness in her voice and to see the cost of such isolation.  Her story could be repeated time and time again.  I wonder if this was considered when plans were made to isolate us for our own good?  For her this happened in a very rural area of the Midwest where the threat was already minimal.  This is a woman who has no access to online worship and who is alone most of the day already.  What little social contact she had was forbidden by the rules of the pandemic.

Pastors are repeatedly told to discourage the vulnerable population from attending worship or advised to segregate them far from the rest of those assembled.  It sounds good on paper but it may well condemn those who need to be safely around others from even a semblance of that fellowship (even though distancing remains).

I fear that we as a nation and those leading our response to this viral threat did not pause to give much consideration to the cost borne by those most vulnerable.  Even the simple matter of getting out and going to church was deemed non-essential social gatherings for folks like these when their family and church family knows better.  In order to save them, we may have ended up hastening dementia and other health ills (no eye doctor appointments, well visits, or non-essential medical treatments were allowed during the height of the viral threat).  Those who could have been seen in ERs but were not.  Those despondent may have taken their lives alone and in terror of the fear so well communicated.  How many more casualties of this virus never got COVID19 but suffered greatly because of it.

All the while, however, we made sure that those who desired to abort a child would have free and unfettered access to the essential right to kill the child in the womb.  How strange that we would work so hard to protect one life at the cost of the quality of that life only to kill another life whose future might be filled with promise!  Such is the inequity of it all.

This is but one story in many stories of how the cure may have been worse than the virus.  I certainly do not what to minimize the threat to us by the unknown of this virus but neither do I want us to forget who paid the higher cost in all of this.  Among those who lost jobs and income, some folks paid the price of a life hastened to the emptiness of dementia and the grave.  This should also be part of our larger conversation.
Posted by Pastor Peters at 6:00 AM

Pastor with all due respect I believe this outcome of isolation leading to despair was exactly what was planned fir the elderly and infirm in assisted living and nursing homes. Mental health professionals always list social isolation as a primary cause of declining physical, cognitive and emotional health.

We are human. We don't have all of the answers on what "should have been done" during this continuing pandemic. Churches closed for weeks in many states during the 1918 pandemic which in the percentage of deaths in the US and also the world population, was far more deadly. But then the churches opened back up and life went on. Lots of funerals to do. The 1918 flu went around the world at least 3 times and one victim was the great-grandfather of a friend of mine. This gentleman was teaching at a Lutheran seminary in Milwaukee, WI and went to visit a student who was sick with the Spanish flu. This was early 1920 and he thought that as he had been fine for the last 18 months, he did not need to be too concerned about catching the flu. But he caught it and died. His doctor documented that indeed it was the Spanish flu, back again to take a few more victims.

Government obviously doesn't have all the answers, nor should they, and we need to make our own decisions now. A church in South Carolina had recent services with about 40 people present. A few days later, one member who had attended called the church to say that he had tested positive for the virus. The church has been calling people who had been at that service, telling them to self quarantine and to think about getting tested. The church decided to stop with services for awhile. Setting out hand sanitizer is not enough. What should a pastor do in such a situation?