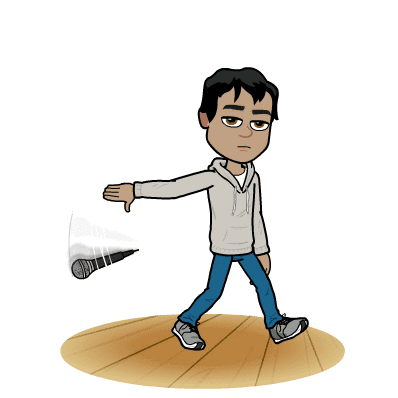 I was moving some old journals and magazines and, typically, a copy fell open and I stopped what I was doing to read it (never actually getting back to what I began).  Kevin White, “Drop the Mic,” First Things 228 (December 2012) was the article.


"Microphones were occasionally used at Mass prior to the 1960s, but they have since become standard equipment. A rationale for their introduction would seem to have been that they gave the priest a voice equal in volume to that of the congregation, with whom he could therefore be in dialogue. But microphones also opened up new possibilities for participation by members of the congregation, who began to read, make announcements, and lead others in prayer and song. Rare is the Mass today at which there is not more than one microphone and more than one amplified voice."

White is picking up from something written by Marshall McLuhan.


“… one can see the matter in parallel form in the discovery by the preacher that the microphone is incompatible with vehement exhortation or stern admonition. To a public that is electronically participant in a completely acoustic situation, loudspeakers bring the sounds of the preacher from several directions at once. The structure of our churches is obsolesced by the multi-directional media speaker system, and the older distance between speaker and audience is gone. The audience is now in immediate relation with the speaker, a factor which also turns the celebrant around to face the congregation. These major aspects of liturgical change were unforeseen and unplanned and remain unacknowledged by the users of the microphone system in our churches.”

Where the use of a public address system once was justified so that what is said might be heard, today it has changed so that what is heard might receive the consent (or even the rebuttal) of the hearer.  It also relieves the hearer of knowing or following along with the printed text.  In the days of Latin in the Mass, those who attended did not have to hear every word to know what was being said.  The text barely changed.  It was the same (except for the pericopes).  Most had it memorized.  They knew their responses and when to respond.  They knew the priest's part.  It was not so different for me growing up.  We did not have hymnals in the pews.  People brought The Lutheran Hymnal from home but most had page 5 and 15 (and even page 32) memorized.  They knew their part and they also knew the pastor's part.  They opened the book for the hymns but had the liturgy in their hearts and minds.

Now the PA system and the ever present microphones have erased the need to stick to the text and to know the text.  In other words, the ability to project the voice so that everyone hears has made it possible to deviate from the script and to be spontaneous in the liturgy.  This only works if people can hear.  It is only effective if they are not working from their own memorized script but following the lead of the loudest voice in the room.  In other words, we have used technology for an unintended purpose -- to make it possible for the pastor to write his own script or go off the cuff and for people to follow along.  Since the pastor is not reading from the text and his hearers do not have the text before them, the goal of the public address system is not for them simply to understand but to follow and to agree.  They hear so that they can give their consent.  Their consent is not automatic or expected or even anticipated.  Thus comes the need for people to be able to participate and respond in a public manner -- to show they do agree and they have followed what was said.

Implicit in this is the notion that the Word is not simply heard but that I must cooperate or respond to that Word.  Going to church has come to mean having a part to place in the service and active participation has come to mean having a voice that is heard.  This is not what we thought when we made this technology an essential part of worship but this is surely the result.
Posted by Pastor Peters at 6:00 AM

It is partly because we carpet and pad everything that we needed mics. I have heard multiple visitors to our sanctuary comment on the great acoustics.

The other part is that our default is to works righteousness. We simply cannot stand that we are the receivers of God’s mercy in Christ. We must play a part, and have our voices heard (usually in praise music, not prayer). Watching some of the fringe services like Chuck Pierce at Glory of Zion, you see just how far things can drift. They regularly use pagan practices, and a “service” there is total mayhem and anything but Divine.

I know this deals with aesthetics and people’s mindsets when coming to church or dealing with electronics, but it sounds like you want to go back to the days when the priest spoke Latin, but the people did not fully understand, but responded with their parts. In this temporal world, there’s always going to be trade-offs. God’s Word still stands for those who want to hear it.