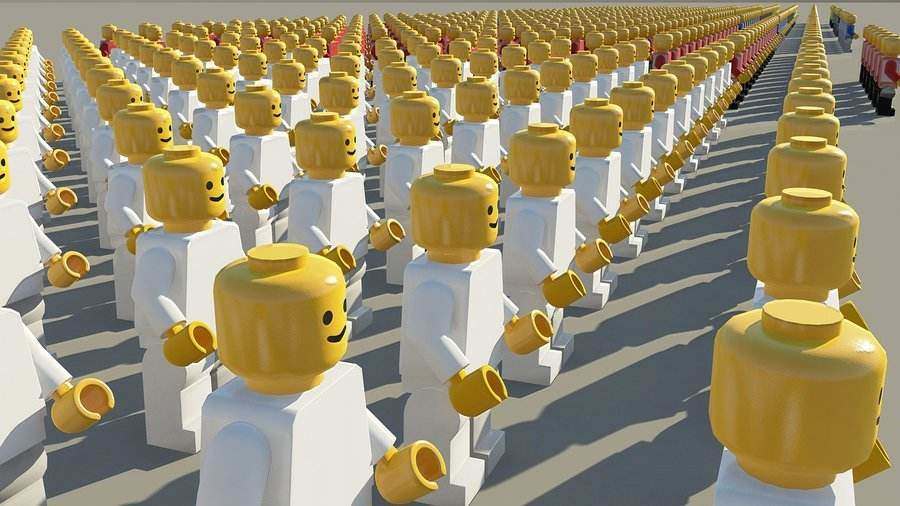 While reading a critique of American Roman Catholicism, I encountered a couple of things that might well be applicable to our own history and identity as Lutherans in America.

One of the unfortunate realities … of American Immigrant Catholicism [is that] we settled for being accepted rather than evangelizing. Sort of a tacit deal: “We won’t make too much of a noise about our Catholic faith if we’re accepted and allowed our place at the table.”

I wonder if this is not also true of much of Lutheranism in the US as well.  We came with a desire to preserve our ethnic and religious identity but in a quiet way that did not prompt criticism or rejection from our neighbors.  Where we lived and worked in communities dominated by this common language and culture, we preserved our identity well and kept our confession in tact.  Where we found ourselves as minorities, and even minorities viewed with suspicion, we did everything in our power to fit it and be accepted by those around us.

Though anecdotal, the stories of Lutherans putting choirs down front and ditching high altars for communion tables in front of pulpits is not without its own evidence that we did not want to stand out but to fit it.  All of this is understandable.  Who wanted to be German during and after the two world wars in which Germany was not only the enemy but the aggressor.  None of us wanted to be known as a Hun or a Nazi and so we did everything in our power to fit it very quickly and prove our American allegiance -- including changing worship.

Like Roman Catholicism, Lutherans in America were by and large an immigrant people. They came here for economic and political and even religious purpose but they also came intent upon preserving as much as possible their mother tongues and the culture of their homelands.  They found a population suspicious of those for whom English was a second language but also approving of those whose hard work and commitment to the Judeo-Christian values fell into line with the others.  Lutherans often chose the comfort of ethnic ghettos and worshiped in national parishes speaking their mother tongue.  In this way Lutherans mirrored the divisions within Roman Catholic immigrants.  The end result was that their influence on American Protestant society was diluted.

Even though the situation today is radically different than 100-150 years ago, I am not sure that we Lutherans have changed.  Our penchant for changing the faith to correlate with the causes and movements in American culture and society and our willingness to adopt American forms of worship (evangelicalism) that are not reflective of our confession only highlight our desire to fit in and to do whatever it takes to be accepted.  We still have a chip on our shoulders.  We fear being who we are and fear rejection.

I fear that the divide within Lutheranism reflects a desire to succeed with the American dream on one side and the intention to be Lutheran on the other.  Of course, it should not be a choice.  Liturgy and mission are not enemies nor do they compete for our attention but are partners.  Search out that little tract by Bishop Bo Giertz on that very subject.  Yet we have struggled since the 1930s and 1940s to figure out a way to be faithful and true to who we are confessionally and liturgically while at the same time being evangelistic.  For a short time in the 1950s we seem to have gotten it better but the cultural changes of the 1960s and 1970s derailed this effort.  We are fighting the same old battle of whether we should fit in or stand out.  Since Lutheranism has been in decline (at least in numbers) since the 1970s, I wonder if it is high time to forget about fitting in and presume that Christians will always stand out.  In this, our liturgy and piety are not a problem to be solved but the very means by which real evangelization occurs.  If we could get this right, I wonder it things might turn around a bit.  Of course, we would still have to deal with those Lutherans who have decided the truth is flexible and the content faith as well as its expression evolves.  But many of them are more wedded to their social causes than to the doctrine of the faith anyhow.
Posted by Pastor Peters at 6:00 AM

To say that orthodox Lutherans from the 1850s to 1930s were not doing evangelism is not correct. Both Germans and Norwegian synods spent their efforts to "evangelize" the immigrants and establish places of worship for them. This was a huge task because of the lack of pastors. Another effort that required many resources was to establish high schools, colleges, and seminaries to deal with the lack of pastors. The language barrier helped preserve some Lutherans from the influence of "the Great Awakening" of the Methodists.

I agree with most of what you have said, but I really believe all Christians by design, including other denominations, always have to clash with their societies. It is a forgone conclusion that regardless of denominational affiliation, believers will experience conflict with the culture, and if they do not, they have become worldly. I would not go so far as to assert that social causes must automatically be deemed more important than evangelizing and the Gospel of salvation. For example, if a Christian is involved in supporting the pro-life movement in America, it does not mean they see this as a primary role. The Gospel is our first love, but one lives in a secular culture, and we still need to be involved in the protection of the unborn, and be a light and voice against evil.