Many firsts in the ELCA 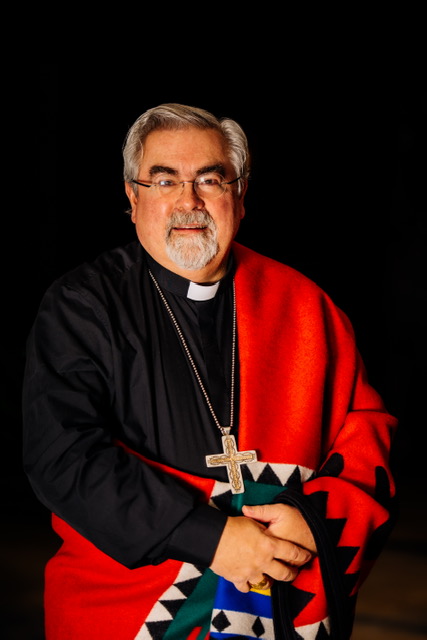 So. . . to no one's surprise, a gay partnered man has been named president of an ELCA seminary.  It was not a surprise that this would happen, only when and who the individual would be.  The United Lutheran Seminary [made up of the remnants of Gettysburg and Philadelphia Seminaries] Board of Trustees named Rev. Dr. R. Guy Erwin, fourth bishop of the Southwest California Synod of the Evangelical Lutheran Church in America, to be its next president. His appointment is effective August 1, 2020. Bishop R. Guy Erwin is a perfect choice for the ELCA.  He is deficient in only a few places.  Erwin is the ELCA’s first gay, partnered bishop, the first openly gay male to serve in that office in the churches of the Lutheran World Federation, and, as an enrolled member of the Osage Nation, on whose reservation he was born in Oklahoma, he is the first Native bishop in the ELCA.  If only he was lesbian or transgender, he would be hitting every target in the every inclusive ELCA.   But there is still time for him to reconsider his gender identity.  Okay.  Perhaps that was too much snark!

Strangely, he is more Lutheran than one of the previous occupants of that office (she was Presbyterian) and he is a recognized scholar (with a degree from Harvard, doctorate from Yale, Fulbright scholar in Germany at Tubingen, IREX scholar at Leipzig, taught at Yale, and taught at Cal Lutheran for a time).  Strangely enough, he does not have a degree from any Lutheran seminary.  But that has hardly proved to make someone Lutheran in the past nor has it been a particular problem for the ELCA.

Pr. Peters says the man is "a recognized scholar (with a degree from Harvard, doctorate from Yale, Fulbright scholar in Germany at Tubingen, IREX scholar at Leipzig, taught at Yale an d taught at Cal Lutheran). It is clear that he gets around, but I'm not sure that makes him a scholar.

Scholars are usually recognized for what they do, what they write and publish, much more than for where they may have studied. Lots of folks go to various schools, but later do little with the education they received. What has this man actually done?