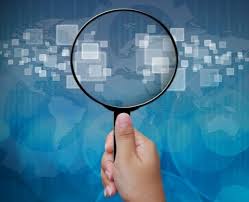 For much of Christianity, theology does not pay all that much attention to Scripture.  In fact, there are many so-called theologians who are almost strangers to the Word of God.  When the Scriptures are used, their words become mere proof-texts for the support of a theological stance or system. Many a modern  theologian would be offended at the idea of having to write a commentary on a book of the Bible and many a commentator has turned their commentary into an exploration of just about anything but what the Biblical writer wrote. For too much of Christianity and for too many theologians, real exegesis is simply ignored or rejected. Even worse, what too often passes for commentaries fails to aid in the primary task of the Scriptures -- preaching!  If it won't preach, then it cannot be faithful and good commentary.

It is sad that many journals involved in the pursuit of the Biblical literature treat the Bible as they would any book or, worse, they subject the Scriptures to scrutiny and skepticism they place against few other works.  They treat the text as if its origins were more important than its message and they presume that the history of the books and authors themselves as well as the message have been colored by others, distorted from their original words and meaning, and conflated with myth and legend to the point of being almost undecipherable.  It could be said that for many of these journals and their authors, what is said is not as important as reconstructing the original context and thereby they give birth to their own set of myths, legends, and postulates that end up being more important than the text and replacing what has been written and past down through the ages.

Scripture has become a riddle and the modern exegetes riddlers who seek to unravel the mystery.  Perhaps we inherited some of this from the layers of rabbinical teaching that accompanied the Old Testament through the ages but the science of Scripture has become the tail that wags the dog, so to speak.  There are not many commentaries that I would suggest to the preacher.  Some of the finer commentaries that actually aid in the teaching of the Bible and the preaching of the Kingdom are those produced by the Concordia Commentary series.  I must confess that I found it easy to read Tom Winger's Ephesians and John Kleinig's Hebrews from beginning to end instead of as a reference work (the way I usually read through a commentary).  The most profound commentaries will point us to Christ who is the Word in the word, whose voice speaks through every speaker, whose blood permeates through every page, and whose power is at work in every sentence accomplishing His purpose.

Pope Francis published last month a tribute to St. Jerome, the patron saint of the Scriptures.  Often called one of the most important doctors of the Church, Jerome's focus was primarily on the Word of God.  However, Francis suggested that Scripture is a dark and murky mystery without the aid of scholars to enlighten us.

Many, even among practising Christians, say openly that they are not able to read it (cf. Is 29:12), not because of illiteracy, but because they are unprepared for the biblical language, its modes of expression and its ancient cultural traditions. As a result the biblical text becomes indecipherable, as if it were written in an unknown alphabet and an esoteric tongue.

Coming from one of the few church bodies where the Biblical languages still are required of those in Seminary, I hesitate to challenge the idea that mastery of the Biblical languages is not essential.  However, Francis has given us a false impression of the Scriptures.  The text is not indecipherable and our Lord Himself suggested that the child can see and know the Word of God and meet Christ on its page.  He is not at all suggesting that the Scriptures are simplistic but that the primary requirement of any interpreter is faith.  And this is exactly what seems to be missing from the pens of those who produce many of the commentaries published today.  It would seem they know everything about the Scriptures except Jesus Christ, its author.

St. Jerome would remind us that the primary job of the pastor or priest is to bring the Scriptures to the people through preaching and teaching.  He would have harsh things to say to those who succeed in every task but these.

“. . . the word of the priest must be flavoured by the reading of Scripture. I do not wish that you be a disclaimer or charlatan of many words, but one who understands the sacred doctrine (mysterii) and knows deeply the teachings (sacramentorum) of your God. It is typical of the ignorant to play around with words and to garner the admiration of inexpert people by speaking quickly. Those who are shameless often explain that which they do not know and pretend to be a great expert only because they succeed in persuading others”.

And that is where I would end this little meandering thought.  The Scriptures are meant to be preached.  Commentaries have as their primary function to aid the preacher in his task.  To that end, let us treat the Scriptures as the voice of God and make our own mouths accessible to Him so that the Word of God may be proclaimed into the ears, minds, and hearts of the hearer and the Spirit bring forth the response of faith.