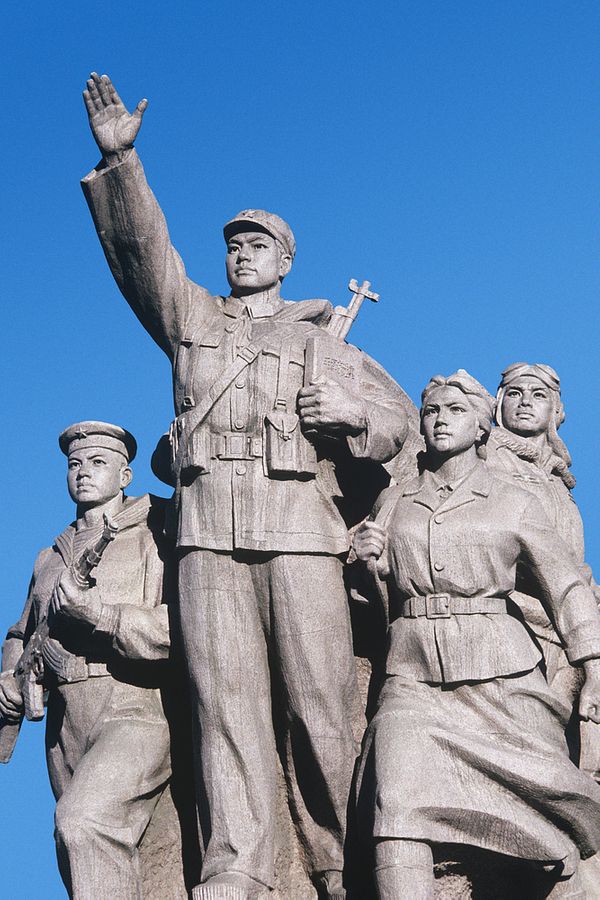 Frankly, I do not get why China gets such a pass when it comes to religion.  It is as if the news media and the whole of the rest of the world has amnesia or conveniently has chosen to forget the terrible treatment of the pious in China (of all religions).   Where is the media?  Where are the voices of politicians and jurists?  Where is the outrage?  There are plenty of examples for every religion.

Where has been the outcry against China's brutal suppression of the 12 million Uyghurs.  Officially they are recognized as native to the Xinjiang Uyghur Autonomous Region in Northwest China but that has not stopped China from taking children from families, sending people into detention camps for re-education, and preventing these Muslim people from living out their faith or passing it on to their children.  Where has the media been in the campaign of China against the Mongols and the preservation of their culture and religion?  Recently the Chinese government decided to limit the use of their native language in schools.  Supposedly, this is an autonomous region -- the Inner Mongolia Autonomous Region -- but that has not stopped the Chinese from working very hard to relocate Chinese into the region and devalue the Mongol language and culture.

Where is the outcry against the strange and complicit relationship between the Vatican and China -- one that effectively places Roman Catholic Christians and their faith under the control of the Chinese government?  There are some 12 million Roman Catholics in China and the Pope sold them out for an agreement the persecuted hierarchy of that Roman Catholic Church protested as not in the best interest of the people or the church.  Even Cardinal Zen has protested but it seems that his standing is not enough to convince the Pope that the recent accord is not in the best interest of their congregants or the Vatican.

Where is the outcry against the government controlled Protestant Christian Church in China?  Though supposedly protected by China, these state run congregations have suffered the loss of buildings and property that effectively prevents them from worshiping together.  Where have you heard about this?  Who will tell the story of Christians where whole congregations have been threatened with arrest for standing in the way of the government?  What about the crackdown on the house churches in China?  Does anyone really know what is happening there?

Google the stories.  They are there.  But nobody in the mainstream media is telling the terrible tale.  The government rewrites the Bibles that are allowed, controls the freedom to worship, and threatens Christians (and other religions) routinely.  Oh, I guess I know the reason why.  Because as long as people can privately believe what they want, religion is protected.  And, in case you are wondering, this is exactly where things are headed in America.

No longer is there a freedom to assemble for worship but a freedom of private belief -- emphasis on private.  Biden's own campaign people decry the official positions of Roman Catholics, Orthodox Judaism, and Muslims.  Despite his claim to be a practicing Roman Catholic, he vowed to pursue the Little Sisters of the Poor.  During the Obama administration effort was given to reduce the freedoms accorded churches and their affiliated agencies, especially with regard to health care coverage.  The mantra of the present age is about private faith absent from the public square.  Perhaps that is why we have not heard all that much about what is happening in China.  It could portend the governmental control of religion in places where the free exercise of religion is supposed to be a guaranteed right.

"Where is the media? Where are the voices of politicians and jurists?"

They are in Xi's pocket along with ChiComJoe, Commie Harris, and many high tech company CEOs.

One organization that doesn't pull any punches on China's policies is International Christian Concern (https://www.persecution.org/). Their Oct 2020 issue of Persecution magazine shines a huge light on the CCP goal of eliminating all religion. Highly recommended. Give to the organization just once, and they'll send you the magazine indefinitely.

I think it is pretty obvious why so many are so quite. There are either (1) in agreement with what is happening, or (2) they are afraid of what will happen to themselves if they speak up. We have become a nation of squishes!