When the prophetic conflicts with the pastoral. . . 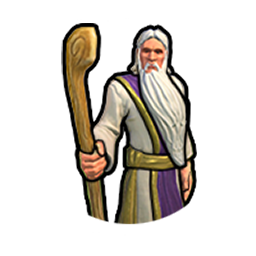 Over at the GetReligion web site I read a piece on the disappearing mainline Protestant churches of America.  In the article, the author referred to a 1969 book by Jeffery Hadden (The Gathering Storm in the Churches) among others.  I found it most interesting.  He was drawing on old data that showed the decline among the mainline churches was not simply the erosion of doctrinal truth and confidence in the facts of the Scriptures (as espoused by the clergy) but also the conflict between the prophetic voices of those preachers and the desire of the people to be comforted and encouraged in their faith.

If you recall, this was an era in which many of those mainline churches had pulpits that were talking more about Viet Nam and civil rights than about the death and resurrection of Jesus (though, for example, only 49% of Methodist clergy then believed that Jesus' resurrection was an objective, historical fact).

Clergy revisionism on doctrine was strongly associated with devotion to liberal politics, but not so with lay members. Clergy did not mostly suffer hostility from members over their liberal views as such, Hadden explained. Rather, the problem was that the typical lay member “seeks comfort and escape from the world in the sanctuary of God” and doesn’t understand why ministers do not focus concern on their own congregations.

The author, Richard Ostling, maintains that the clergy of these mainline churches were on a collision course with the wants and needs of their people.  The doubts raised about the facts of their faith were accompanied by a different view of the Church -- one that saw the primary purpose of the Church and preaching to shape society rather than call people to faith and repentance of their sins, comfort and encourage them with the forgiveness made possible by the death and resurrection of Jesus Christ, and direct them to the future and eternal life promised to them by their risen Savior.

In other words, people were coming to their church homes to find refuge from the turmoil and upset in the news and instead found themselves either berated or their country condemned for the failure to promote world peace, confront world hunger, eliminate poverty, end racism, and create a more egalitarian society.  The world of the mainline churches then was shaped by a liberal social activism and crowding out what Christianity was really about, what Christians were looking for and desired from their congregations and clergy.

Today we find ourselves at a similar juncture.  I know of people who have drifted away from mainline churches because they have tired of the constant drumbeat of the liberal and progressive social agenda replacing the call to faith, the call to repentance, the comfort of the absolution, and the grace of Word and Sacrament to grow our faith and equip us to endure to the day of Christ's coming.  So the mainline churches continue their decline for many of the same reasons.

Could it be, however, that conservative churches might also suffer the same outcome when and if the core of the preaching and teaching moves from Christ to the ills and dangers of a liberal and progressive culture?  Could it be that conservative churches which grew while mainline were bleeding off people are themselves in danger by becoming so immersed in political and social activism that they fail to provide the comfort, grace, and encouragement of Christ and Him crucified to their people?  That is the warning of another book from generations ago, Why Conservative Churches Are Growing (1972) by the Rev. Dean M. Kelley.  I think it would be wise to pay attention to his warning.

Being prophetic toward a society drifting from traditional moral norms and values or trying to create a better society can conflict with the primary and pastoral purpose of the Church -- preaching and teaching Jesus Christ and bring the fruits of His redeeming work to the people of God through the means of grace.  It happened to the social activists on the liberal side.  It could happen to more conservative churches as well if we forget why the Church exists and why people come inside its walls.  Just a few thoughts. . .

Having grown up in the sixties, enlisted in the Marines and served in Vietnam, I see the social situation and politics of today far different than those turbulent times. The distinction is that many people I knew held traditional values. Today, a significant part of the culture, after years of indoctrination, are decidedly progressive and moving even further Left. The country may seen evenly divided, but the political winds under Democratic hegemony are changing for the worse. The church was infiltrated by the prevailing ideas of the progressives, and it appears unstoppable. The LCMS is still holding up, but it may be faced with a fracture should the wrong leadership gain control of the Synod. Just as the Pope is destroying the Catholic Church from within, progressive leaders have an agenda and they do not care if there is an exodus from the pews. They know that only the most ardent Christians would actually leave, as many would stay and embrace the new order. It is a sad fact, but only a remnant remain faithful under these circumstances. I believe we are possibly in the end times, and many more churches will either close or be compromised. Those who remain in apostate churches provide evidence that they are not true believers. The church is being purged, and God is pruning it. Soli Deo Gloria.

Lately, the sermons at my church call for a reconciliation of people who have different political views. I think most of us would agree politics has become too much of a focus in conversations. We are all loved by God. We should recognize that we all have challenges in our personal and family lives, no matter what walks of life or professions we belong to. We should learn again how to talk in normal, day to day conversation with other people.