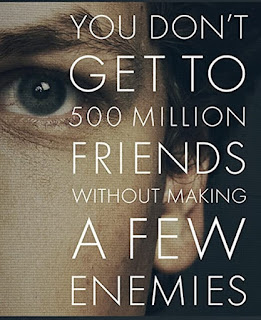 It appears that unlike his rhetoric, the new administration will not forgive and forget but has decided to go after opponents.  The Biden talk of peace and unity has given way to every manner of recrimination open to them and their allies in the Congress to punish Trump, those who were seen to be with him, and those who elected him.  Never mind that we are talking about half the voting population here.  Yet the behavior of the protesters on January 6 and the blame laid at Trump has given them the cover they think they can use to practice retribution against the last four years.

While this is not exceptional, it is unusual.  Politics is often less about how you treat your friends than how you treat your enemies.  But most administrations begin with at least a semblance of a nod to the idea of being magnanimous in victory.  It remains to be seen how far this policy goes and what its fruits are among a severely divided electorate.  I cannot imagine that this active pursuit of their enemies will silence those who championed Trump but it seems those who welcomed Biden's election may not settle for anything less.  So they are making a list of their enemies, a list of things to be changed, and a list of things to be enacted and it appears their first concerns will be who is naughty and who is nice.

Conflicts tend to be resolved either by a diversion that forces differences to the sidelines and compels national unity or a powerful figure for reconciliation.  Wars can do this but it helps if you are the victim of an unprovoked attack.  It does not seem that we have many national figures with the stature to call us together and help us put our divisions to rest.  So it may appear that conflict is the shape of our foreseeable future.  If we hear less about it, it will not be because unity has suddenly appeared but that our media seems bent on silencing critics and allowing only regulated speech and content.  I cannot see how this will do anything but inflame the whole situation but nobody is listening to me.

It does bring to mind how the conflict in the Missouri Synod remains even though a majority of our pastors and people barely recall the events and the major players are all now dead.  Silence does not always mean that things are resolved and you hear things from time to time about Missouri's unpleasantness that suggest some things will not just go away.  Certainly the issues of the 1960s and 1970s are not on the forefront of our church's life anymore and the old divisions may have changed but they are not gone.  We have talked ourselves to death about what happened, why it happened, and who are the heroes and villains of it all.  Books have been written, seminary courses taught, and symposia have considered it over and over again.  Remember that these events are going on 50 years old -- well past the expiration date of common memory -- but they still form part of Missouri's identity.  If we in the Church do not know how to live past the hurts of yesterday, it does not bode well for our nation.

The same can be said for other churches.  The United Methodists are resolving to dis-unite.  The grand merger of the ELCA has given way to two splinter groups.  The Episcopalians are still fighting for buildings.  The Roman Catholics are still divided (Benedict vs Francis and Novus Ordo vs Extraordinary Form).  Add into these the changing landscape of our social justice movements and their impact on the churches.  Well, it does not seem like peace and unity will be given much of a chance over the nearer future.

In fact, it would seem that both progressive Christianity and progressive secular political movement have in common a certain gnosticism which insists that words do not mean what they say and that the people who get to decide what they mean are the elite who have special wisdom, knowledge, intellect, or understanding.  In this, the ordinary person is pitted against those who fully embrace modernity and the right to decide what is best and govern in church and in state is reserved for those who hold the correct positions on everything from gender to climate change to technology to morality.

So is this the shape of the world for now and the foreseeable future?  Will we remain not only divided but militantly so?  Will we find ways of accommodation?  Sin is perhaps the only doctrine of Scripture that needs only the news to justify.  We need no theological acumen to see what sin has done and still is doing.  In the end perhaps the only resolution to all things will be a hastened coming of our Lord to bring all things here to their appointed end and to usher in all things new.  Some may purport to know the Lord's timing in this, but I hear more and more Christians hoping that it will be sooner rather than later.  It may be a symptom of our weariness over what things have become as much as our desire for Jesus to come.  In any case, it is not a bad time to pray Maranatha.  Come, Lord Jesus.

Yet the behavior of the protesters on January 6... "

Especially twenty individuals at the Capitol on January 6th who appear to be connected to Antifa or far left groups.