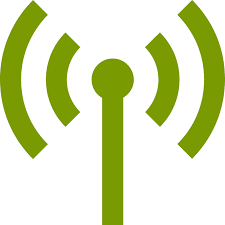 My local NPR station has ditched its classical channel and switched it to alternative music.  Apparently there were not enough old people left who love Bach, Beethoven, Mozart, etc...  It is a bonehead move and they will no more get a listen from me in my vehicle or elsewhere.  But the part that sticks out is the logic of it all.  They claim that the music they are now playing did not have a venue before.  Whaaaaat????

According to the latest statistics, the number of new songs that entered the digital world to be played on radio stations (old technology), Spotify, iTunes, and all the newer venues now available was 4 million.  And that was in 2018.  I know this is true because a NPR story said so.  In other words, we live in a time when more music enters the world to be heard by more ears than at any other time in history --- except classical music which is disappearing from those same venues.  You can tune into my complaint when my own church body decided to sell its premier classical station in St. Louis.  Bonehead move.  All of the moves to take classical off the air are bonehead moves.

Do we actually think that the kind of strange sounds that sometimes pass for alternative music will endure while the giants of classical music will fade from memory?  Are you kidding me?  We have classic rock but not classical music.  We have music stations narrowed down to the decade on Sirius but no classical (except the one that repeats the same playlist).  So I guess you now know why I ditched Sirius also.  Gimme a break.  The logic of it all defies reason.

And while I am at it, let me complain about the symphonies that play all kinds of new music and repeat the same old classical warhorses over and over again.  It is like refusing to do anymore than dip your finger into the grand pool of great classical music in order to focus only on the most popular and then deciding that some idiot holding one note for 32 years will somehow endure as a great piece of music while Mozart disappears from our musical conscience.  Really?

So now you know what got in my craw over the last few months.  I wish I could say I felt better after this rant but I don't.  Perhaps it is all a conspiracy for me to ditch my old car in favor of one that play the music on my phone.  Well, I don't have music on my phone.  I do have an old iPod and I do use that from time to time but I refuse to believe I am the only one to lament the disappearance of classical music from the radio.

Don't blame NPR, that was a choice of your local public radio station. For 24 hour classical, try Wisconsin Public Radio, either through your computer at https://www.wpr.org/listen-live?network=classical or ask your "smart speaker" (i.e., Alexa) to play it. Plenty of music of all kinds out there and your radio station knows that its listeners can find what they like online.