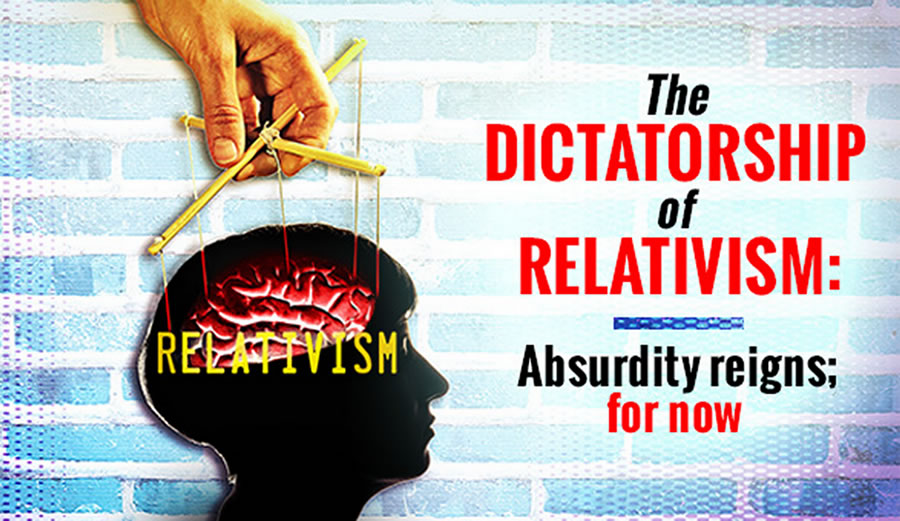 It seems so long ago that Pope Benedict XVI warned of the tyranny of relativism. At the time, there were those who thought his words foolish.  But he was only one of many who saw how relativism and subjectivism would shift the source of truth from the object to the subject, from reality to opinion, and from what can be known to what can only be felt.  When that has been accomplish, there is no longer much of a basis for reasoned discussion left.  So we end up with a divided society and a culture in conflict that has left us not only with a political crisis but a moral one as well.

The events of the last month and the start of a new presidential term have only amplified this division and illustrated more fully the impossibility of governance in the midst of such equal polarization.  To govern requires the governed to share common values and from these common values proceeds common goals.  Because we cannot agree on what to value or how to value anything, we have no basis for adopting common goals or working toward them.  Without a reasoned setting for discussion, we vilify our opponents and tar and feather their ideas.  Many of those in government have learned to despise those whom they govern, forgetting that our nation is more evenly divided than ever before.  When our leaders have contempt for those they represent, there will be a good future ahead.  But that is exactly where we are now.

While the Pope may be more concerned with religious truth and the Church, this tyranny is not at all limited to dogma and faith.  The moderns who believe themselves more educated or more informed than the common man have a pretty secure hold on power for the moment.  But there is no certainty as to what it will mean for such to hold onto power.  The grand ideas of a more socialist state will be hard to pass in the face of chambers almost equally divided and will be even harder to pay for with so much debt added to our nation's future.  So we as a nation will face more arguments with fewer resolutions, more blame with fewer solutions, more condemnations with fewer conversations.  All that matters is that government is now the solution to everything.

The Church will suffer even more because of this.  Unless the Church capitulates to the modern tenets of truth and life, the Church will end up on the outside looking in on the very force designed to replace it.  If the Church will not be counted on as an ally and partner in the reshaping of our nation, the powers that be will work to disenfranchise the institution and the adherents.  It is not enough for the Church to be aloof from the political debate and legislative impasse, the Church will have to work to keep what it happening around it from gaining entrance into the Church's life and work.  The Church must learn to regain her voice against those who would silence her and to confess faithfully while being marginalized.  The Church must learn to confront the tyranny of relativism not simply to maintain the integrity of our faith but so that the voices of modernity will not be allowed free reign over us and our future.  The prophetic voice of those who challenge and condemn this new reality of modernity will be unwelcome but more necessary than ever.

Gender is no longer related to biology, marriage is defined upon a whim, life is neither sacred nor precious, happiness is most important, insulation from challenging ideas or truths is almost as important, and truth is disposable.  Truth is not what prevails but control of the message and the medium is what endures.  I fear that this will be the worst persecution of all.  The hesitant will not survive and the fearful will not endure.  More will be asked of the leaders of the Church and those in the pews than ever before -- for the sake of the Gospel and for the integrity of our common life.  I only pray we are up to the challenge.