Though devils all the world should fill. . . 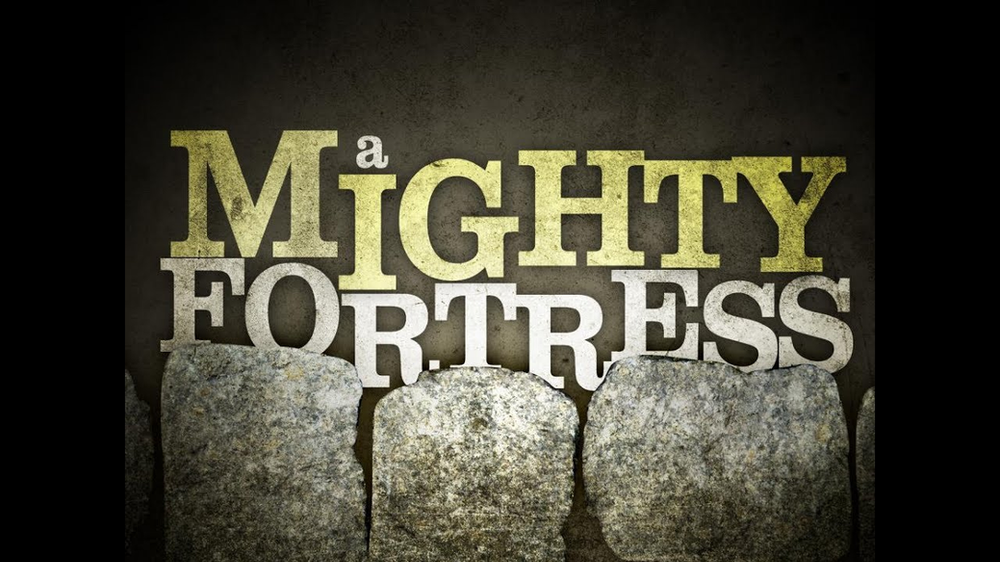 Watching the more recent vintage Luther movie is often shocking to the modern eye.  Luther seems to be always wrestling with the devil -- in his thoughts, in his dreams, and in his sleep.  He comes across half crazy to a world which has educated itself out of the idea of a personal devil or evil one.  We have worked hard to eradicate the demonic from everything but the movie screen where nothing is real.  But Lutherans (and most other Christians) still sing though devils all the world should fill but we don't really mean it.

The devil, Lucifer, and the Antichrist do not go by their official names or the shadows might reveal a secret.  They hide in plain sight.  Though we have imagined them in red tights, spewing fire, carrying a trident, and having a long tail, these were characterizations and not reality.  In fact, the use of these characterizations has helped us forget that the devil is real.  By painting him in the extreme we have become convinced that he does not really exist.  The devil has masqueraded through literature and art as a caricature of himself and this has aided our modern minds in the conclusion that he was invented and does not really exist. When no one sees him and when his form is no longer recognizable, the devil exerts even more power than when he was paraded in medieval plays and used to scare people into righteousness.

The Scriptures do not encourage the idea of the devil as cartoon character.  We find in them no cause for dismissing the devil as a doofus, dressed in red, easily foiled by our wit.  What the Scriptures do tell us is that the devil is a fallen angel, cast down from heaven, ending up as “the Prince of this world.”   His business is to dissuade us of the reality of God, especially of His mercy, and to enchant us with this world so that we will not long for any other.  To do that, he will both inflate our egos and tear us down -- as needed to turn us in on ourselves, isolate us, and make us vulnerable to his lies and deception.

The devil uses the religions of the world to further his cause.  He is very adept at isms:

Deprived of heaven, we will dismiss hell.  Dismiss hell, we will not accept the idea of sin.  Without sin, there is no judge or judgment.  In the end, Eden is complete.  You are your own god.  Your time is your domain and all that you need to worry about.  Your truth is the only truth that matters.  Make you peace with these and you are whole.  Does it sound like modernity?  It should.  The devil is doing a magnificent job selling us on his ideas and creating suspicion about the Word of God.

Churches have even been co-opted into his service.  Christianity has become a new religion without sin, without death, without a Savior, without a Cross, and without the prospect of life after death.  The church's liturgy is focused upon the present and not on the world to come and upon the people of the moment and not the heritage of the past or the future anticipated sacramentally.  It is a religion in which we render unto Caesar the things that are God's as well as the things that are Caesar's and so blur any distinction between the world that we see with our eyes and the world of God's promise and design.  For so much of modern Christianity, the church has become an agent of death instead of a voice for life and what remains is but the stink of death anointed by a deodorant cheerfully applied by the devil to mask the smell of our own decay.

The devil will not win.  But he will deceive many.  He will not prevail but he will imprison many.  He will not change the outcome of Good Friday and Easter Sunday but he can deprive many of the fruits of Christ's redeeming work.  His greatest power will exist inside the borders of Christianity and his greatest triumph will be to assume the voice of priest and pastor to preach a false gospel as the real hope and deceive many but he will not succeed in destroying Christ's Church.  The day is coming when lies will be exposed, secrets revealed, and the hidden things made known.  The devil knows this and that is why he is working harder than ever to deceive as many as he can because the day is coming for God to end it all.

It is not enough for the faithful to be steadfast and to endure to the end.  We must also work to expose the devil and all his works and all his ways.  We must challenge the false gospel being preached as true and call out those who have made their peace with death.  We must cry out like John the Forerunner against the voices of compromise and peace with a world that is already passing away.  Now is not the time for timidity but for urgency, not for fear but for courage, and not for despair but for confidence in Christ, our Victor.

Don't forget these antiChristian religious -isms of the world:

One of you fellow Lutheran pastors sent me your post because he thought I would appreciate your writing. I guess he knows me well because that was an understatement.

Well said, brother! I share your point of view. I just wish there were more of us out here. I pray there are more than we know.

Excellent message. As we watch our country imploding morally, spiritually, and politically, after decades of cultural decline, we should face the reality that we are pilgrims and strangers here, and our Post Christian Era shall be moving steadily into an anti-Christian time, when our faith in Christ will be sorely tested. Contending for the faith will likely result in persecution. Are we up to the task?

From you:Don't forget these antiChristian religious -isms of the world:

….LOL. You're too funny and predictable.

Excellent message, pastor. Yes, even the demons recognize the Messiah Jesus as YHWH Most High, and cry out in fear that he had come to destroy them. Yet, as the creeds remind us, God became incarnate in Mary and she was delivered of a son who was God in human flesh, i.e. Son of God, Immanuel, 'God with us.' He came to gift us humans with salvation (because of Divine Agapé) we could not, and can not, and will not achieve for ourselves. Well written, though I wonder why you neglect to mention that human evil and corruption has ...at least during my lifetime... been so prevalent that we scarcely need to blame the Satan for our woes. We sinners are more than competent to create horror and misery as mere sin-filled humans! We are all in desperate need of remembering our Holy Baptisms by a daily return to the Lord in Confession & Absolution.
TY for allowing a comment from a retired parish pastor. TYVM!
Blessings,
R E LANGFORD JR