Where are all the people? 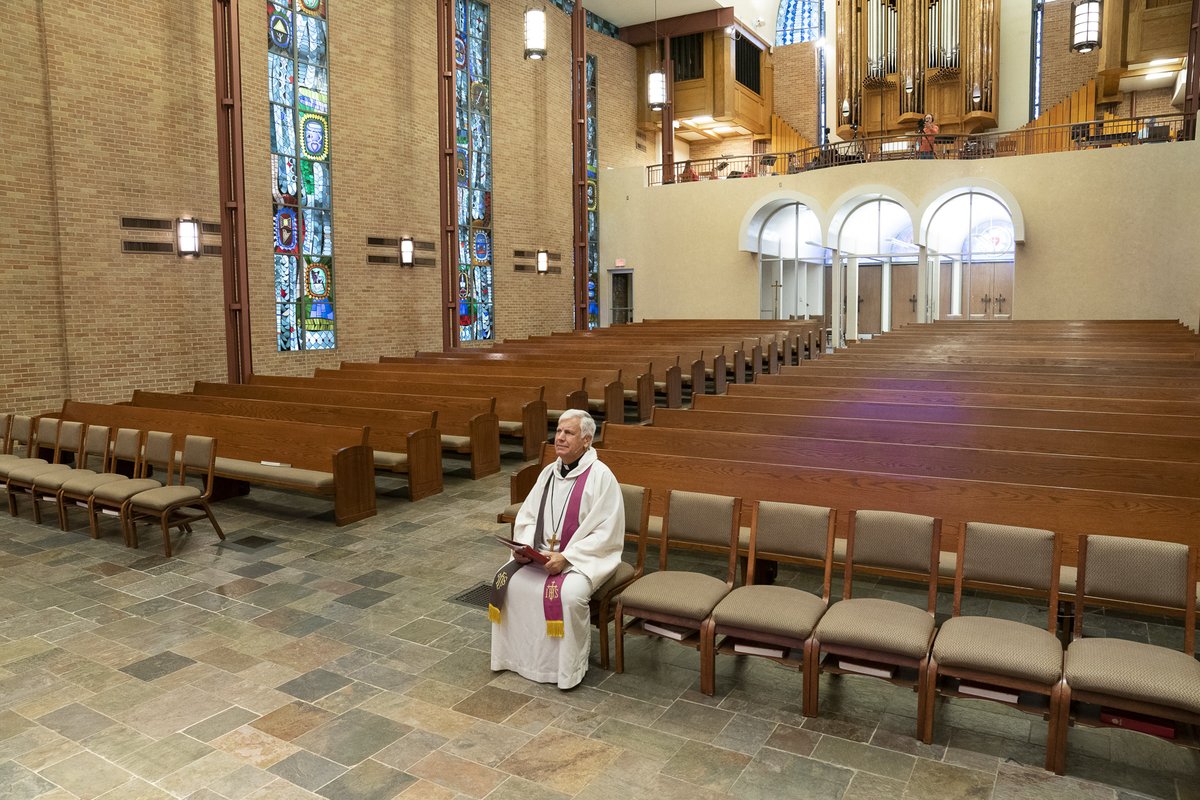 If you are a Lutheran like me, you sometimes wonder where are all the people?  After all, Lutheranism has managed to retain its catholicity of doctrine and practice and keep its familiar confession and worship identity better than just about any other group outside of Rome.  It is serious about theology, deliberate in its focus on the work of the Kingdom, and offers a profound and vibrant understanding of the means of grace.  So where are all the people who should be attracted by these things?

On the one hand, you can blame the lunatic fringes of Lutheranism.  There are those who are, for all intents and purposes, fundamentalists who have a strong confession of the Word of God but who treat that Word less as a living voice than a book of facts, rules, and information.  They are like fancy Baptists who have a peculiar way of worship.  On the other hand, there are Lutherans who are, for all intents and purposes, Unitarians who use the Nicene Creed.  They like the form but struggle with the content and so they are as comfortable in the clothing of the historic liturgy as they are the embrace of modern oddities of sexual identity and gender constructs.  It is as if there are no other Lutherans -- at least that is how it appears.

The reality is that most Lutheran congregations are pretty conservative on Sunday mornings.  Yes, there may be more Lutherans who attend the fewer congregations who are not so, well, Lutheran on Sunday morning but most Lutherans follow the book, sing hymns from the book, and, while not exactly high church, are not exactly evangelicals either.  I have struggled in my mind to figure out the great disconnect between Lutheranism the ideal and Lutheranism the reality, between those who are Lutheran because that is who they are and those who should be Lutheran because it is, in my view, the best catholic and evangelical option out there.  The fear I have is that too many dismiss Lutheranism as a stopover and not a destination.  When they awaken to the emptiness of what passes as mainline or even evangelical Christianity, they decide not to stop until they hit land -- crossing the Tiber or the Bosporous to find a lasting home (not without problems but a bit more permanent on the outside than the rest of the choices).

It reminded me of something I read not long ago.  “To the shame of our damaged Protestantism, popery remains, in some essential respects, more faithful to God’s truth than its rival.” This was the judgment of the great Presbyterian divine -- now mostly forgotten -- a Southern Presbyterian theologian, Confederate army chaplain, and virulent anti-Catholic by the name of Robert Lewis Dabney.  He was more anti-Catholic than just about anyone else but he grudgingly admitted that in comparison to what is there, Roman Catholicism looks better than most choices.  He said this 150 years ago.  If it was true then, it is even more true today: “When they tire of the banality of modern evangelicalism, North Americans will become the ripest of prey for Romish ritualism.”  Again:  “Rome proposes herself as the stable advocate of obedience, order, and permanent authority throughout the ages.”

Lutheranism, at least the kind practiced in America today, is not sure what it wants to be.  And that is the problem.  What we say in our Confessions has become something that gets lip service but not exactly wholehearted agreement and certainly not unashamed practice.  Rome is not any better but they do have antiquity.  We could have antiquity as well but it is hard to claim catholicity and apostolicity when you have Pastor Friendly sitting in a polo behind a plexiglass podium behind a plexiglass enclosed drum set behind screens in front of designer coffee sniffing comfy chair people tapping their feet to the rhythm of the beat.  Rome claims an antiquity it does not deserve and we refuse an antiquity which is the epitome of our confessional logic.  Go figure.

I understand the frustration of our old Presbyterian Chaplain who was on the wrong side of the War between the States and slavery and probably a few other things.  He looked around and saw both what was Rome's weakness and yet its attraction.  Looking around these many decades later, he was probably on to something.  Part of me keeps hoping for a Lutheranism that is happy being who it is.  Part of me fears that after liberalism and relativism and entertainmentism have taken their toll, there may not be much of Lutheranism left to echo the confessional claim to catholicity in doctrine and practice.  But I plug away at it.  Hoping against hope, as they say, that Lutherans will wake up one day and say, "Geez, we need to be who we say we are."  If that day does come, Rome may be in real trouble.  If it does not come, Rome will probably be there to pick up the slack -- even given the screwiness of Francis and those who think like him.  I just wish we would give them a real run for their money and act like the people who once refused to cower before an emperor or a pope.  Until then, it is hard to tell people this is what a Lutheran really is without adding an asterisk and it is hard to say that Lutheranism looks like us on Sunday morning without a caveat.

"... there are Lutherans who are, for all intents and purposes, Unitarians who use the Nicene Creed. They like the form but struggle with the content and so they are as comfortable in the clothing of the historic liturgy as they are the embrace of modern oddities of sexual identity and gender constructs."

Ironically, the accompanying photo is of Interim Pastor John Van Haneghan at Saint Martin's Lutheran Church (XXXA) on March 22, 2020, during the lockdown, in the People's Socialist Kakistocracy of Austin, TX. Saint Martin's now has a Senior Pastorette.

I have yet to see a pastor in an LCMS church who has led a banal service in preaching the Word and Sacrements. Do a number of these churches have a second service that has contemporary songs, a lot of them banal or heavily emotionalistic? Yes. There are challenges in appealing to the modern world, with all its hubris. The clear message of the Gospel is still spoken. Ted Badje

Lutheranism seems to have the same problem as the United States; we don’t really know who we want to be. There is a portion who wants every piece of history to be deleted in order to start over, and a likely somewhat larger portion who expect a political or theological knight in white armor to come save them. Survival is in the hands of the group who will believe what Scripture (and Pastor Peters at Thursday Divine Service) remind us: “Seek first the Kingdom of God and His Righteousness, and all these things will be added to you…”