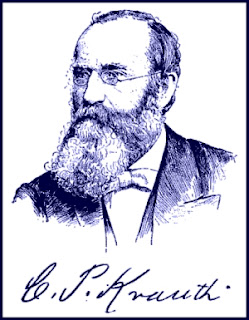 On another forum was a plea from a pastor weary of all the conflicts and divisions within Lutheranism.  He begged to figure out a way to get along, to determine whether disagreements were worth disagreeing about, and whether those disagreements were in and of themselves divisive.  I feel for him.  No one but a callous and hardhearted brute can look on the fractured state of Christianity, Lutheranism included, and not ache for more unity of faith and practice.  But at the same time, such sentiment can never be allowed to draw our attention away from the needful and real disputes that go to the heart and core of what we believe, teach, and confess.

Do I think God is hurt and the mission of the Church suffers from the many divisions among Christians (and Lutherans within Christendom)?  Sure.  But God is hurt far more and the mission of the Church suffers more from fake unity born of minimalism and compromise that inherently involves denial of truth and the betrayal of the faith.  Diversity of doctrine does not preclude unity for those who have no abiding and eternal truth.  It is only a problem for those who take God's Word seriously.  The end result of such papered unity is a weak and fragile church -- one incapable of anything except toleration, acceptance, and agreement.

When error is admitted into the Church, it will be found that the stages of its progress are always three. It begins with toleration. Its friends say to the majority: You need not be afraid of us; we are few, and weak; only let us alone; we shall not disturb the faith of others. The Church has her standards of doctrine; of course we shall never interfere with them; we only ask for ourselves to be spared interference with our private opinions. Indulged in this for a time, error goes on to assert equal rights. Truth and error are two balancing forces. The Church shall do nothing which looks like deciding between them; that would be partiality. It is bigotry to assert any superior right for the truth. We agree to differ, and favoring of the truth, because it is truth, is partisanship. What the friends of truth and error hold in common is fundamental. Anything on which they differ is ipso facto non-essential. Anybody who makes account of such a thing is a disturber of the peace of the Church. Truth and error are two co-ordinate powers, and the great secret of church-statesmanship is to preserve the balance between them.

From this point of view error soon goes on to its natural end, which is to assert supremacy. Truth started with tolerating; it comes to be merely tolerated, and that only for a time. Error claims a preference for its judgments on all disputed points. It puts men into positions, not as at first in spite of their departures from the Church's faith but in consequence of it. Their recommendation is that they repudiate the faith, and position is given them to teach others to repudiate it, and making them skillful in combating it.

Charles Porterfield Krauth in The Conservative Reformation and Its Theology (1913)
Krauth is contemporary even though he was born nearly 200 years ago!  He was one of the primal confessionalists at the time that Missouri was being formed.  The tensions between the Missourians and the liberal and progressive Lutherans of the General Council and General Synod have continued to the present day.  There was a time in the 1960s and early 1970s when some hoped for a realignment of Lutheranism but many factors prevented it and Krauth would not recognize the modern day heirs of his church body.  Missouri has been slower to the mark than other Lutherans but we have struggled as well.  When the LCMS then declared that the ELCA was no longer Lutheran, it was not a proud statement of triumph but the voice of one struggling Lutheran body to another Lutheran body which had, for all intents and purposes, forsaken what it means to be Lutheran.  The great temptation was and is to ignore the differences because we are all shrinking in size, vitality, and influence.  But this is a time in which we must mark divisions for the very sake of the survival of the Church of the Augsburg Confession.
Relativism, critical race theory, cultural change, the emergence of a new and more powerful secularism, the confusion created by the issues of gender identity and the triumph of sexual desire -- all of these and more threaten more than just our unity but our very existence.  Under it all is a growing willingness to hide, ignore, or rewrite the words of Scripture so that it is nearer to the pulse of our culture and society today but the fruit of it all is hope without substance and truth without transcendence.  Unless we mark such error, we forsake our very claim to the Reformer's legacy and surrender the truth that endures forever for the imaginary unity of the moment.  We cannot simply live and let live.  We cannot enjoy or be smug about the divisions that must exist for the sake of the Gospel but neither can we allow error a foothold.  This is not simply for our sake but also for the sake of those deceived by such error.
Protestantism has become an empty shell of its former self and largely because no one bothers with doctrine enough to acknowledge the divisions among us.  Anglicanism is, outside of Africa, largely dying -- dying to some of the best liturgy, vestments, and music but still dying -- because there is no move toward doctrinal integrity.  Rome is a religion kept united not by a common faith but a common pope and different claims to a common tradition.  Lutheranism, as Krauth argued, had doctrinal integrity only so long as a quia subscription to the Confessions was given.  As we all know, the Confessions are increasingly being treated as merely historical documents without much power to inform or delineate the faith for us today.  The point is simple.  We have given error a foothold and it has taken over.
Posted by Pastor Peters at 6:00 AM

The only comment that I will add is that we have to be careful where we draw lines pertaining to orthodoxy and heterodoxy. We can and should draw lines where God has done so himself, but not draw lines where God has not seen fit to do so in His Word. One of the causes of schism in the Reformation is that over centuries Rome had drawn lines of orthodoxy that were not drawn by scripture, but by tradition, and this eventually became a schismatic issue. One example is in our understanding of Holy Communion. One can believe in the real presence of Christ's body and blood in the Eucharist (which both Lutherans and Catholics confess) without subscribing to the doctrine of transubstantiation which became a schismatic difference. The Marian dogmas of the Catholic Church are another place where pious opinions and speculation became dogmatic declarations which one is obligated to accept to be in communion with the Catholic Church. While I agree with you that we cannot be tolerant of heterodoxy because God's truth is the truth, we also have to be very careful what we confess to be binding in matters of faith and doctrine.

It is sad to see the divisions within Christendom. I struggle with how to interact with other Christian organizations not of my own (Anglican Province of America). How much error does one tolerate before other church bodies become heretics? I don't know the answer. But the LCMS is no different. One could enter many LCMS churches on a Sunday and find little difference between them and the Baptist/non-denominational church down the road. But you remain within the LCMS. I can only assume you've figured out how much error to tolerate. I still struggle with this issue.

I do agree with your statement that Anglicanism is, with the exception of Africa, dying. But don't forget the continuing Anglicans within the U.S. We are very small but holding our own. We are not part of the Anglican Church of North America (which tolerates woman clergy). I'd argue we hold to historic catholic teachings and practice. In fact, continuing Anglicans likely have much more in common with confessional Lutherans than those Lutherans who wanna be the mega-nondenominational church down the road. But there are theological differences between continuing Anglicans and confessional Lutherans. So the question remains. How much "error" is tolerable?