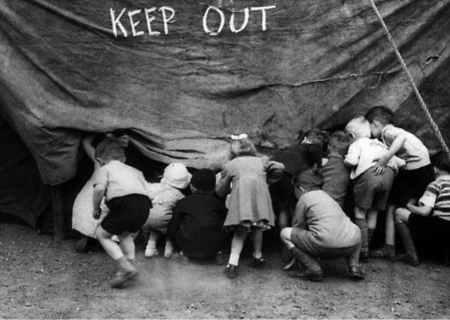 Science can be a great friend, an uncertain ally, or a powerful enemy -- all at the same time.  We want to believe that science is neutral, that pure science is devoid of the clash of values or ideologies that have marked nearly every other aspect of life.  We want to believe it.  But we dare not.  At the heart of science is the desire to know and that desire is fraught with potential problems unless that desire to know is reined in by values.

The classic Biblical example of this is, of course, the Tower of Babel.  The hubris of man, believing that destiny and possibility were within grasp of the moment, led to a presumption that forced God's hand.  The fruits of this desire to know and control all things (except desire) led to the flood.  Even then the lesson was not learned and confusion of languages divided humanity to put limits for this pride of purpose and accomplishment.

Perhaps we will never know for sure but many have posited that the Corona Virus was itself the poisoned fruit of the this desire to know, predict, and control everything.  It was not simply that this virus was studied but that the pursuit of knowledge led to some tinkering with the virus in order to see how it might work.  This "gain of function" research seeks to make deadly infections more deadly, more infectious, and more powerful.  While there is much that might be learned, at what cost do we learn it?  Even the Obama administration put a moratorium on government funding of this kind of research.  Of course, we all know that there are ways to make money go where it was never intended.  In 2012, Dr. Anthony Fauci defended this kind of research and even conceded the possibility that an outbreak could occur -- all the while insisting that the benefits outweighed the risks.  Now about some 4 million have died globally and 600,000 here in the US (according to the CDC).  Was what we learned worth what it cost us?  That, of course, does not account for the antecedent costs to economies, our mental health, and our society as a whole.

It may seem that Christianity can often be a drag on the promise of science.  In reality, science cannot be allowed to live in the illusion of neutrality or the pure pursuit of knowledge.  Science needs values to fence in what could be done but should not.  How many other things over the years are the results of science gone bad?  Of people tinkering with the hope of improving only to find they have made matters worse?  Of promises made that turned out to be messes that had to be cleaned up?  We have had many mini-towers of Babel and found ourselves with many small floods that were caused simply by our own hubris and the seemingly innocent desire to know (along with the more nefarious desire to control).  This is especially true when it comes to life -- the use of fetal tissue and cells for possibly beneficial research ends up justifying and excusing abortion, for example.  The possibility of giving a life to an infertile couple comes at the cost of frozen embryos and aborted embryos killed to ensure that one will be in a stronger position to survive.  We can do it all -- should we?

We want science to speak with one voice, a purely neutral voice devoid of ideology, a voice that we can trust.  In reality, all science is conjecture that is tested to see if the outcomes can prove the hypothesis to be fact.  It means that we must wait until such outcomes can be seen and judged over time.  But it may also mean that we must not allow the quest for such knowledge to lead us where we dare not go.  Science has become America's new God and technology our new religion.  In the end, they may fail us in ways that will prove too costly for us to bear -- unless, of course, we are willing to put constraints on the pursuit of knowledge with the unchanging values of life, truth, and conscience.  Which is what the Church has attempted to do all along -- perhaps not perfectly but often as the lone voice of caution in a world moving very quickly and an impatient populace seeking a deity to replace the God of Abraham, Isaac, and Jacob.

An interesting alternate path that contemporary Lutheran theology took as the handmaiden of science, Anglo-American analytic philosophy, and secularism is traced by Swedish theologian Arne Rasmusson in the above article. For almost one hundred years, the Swedish Church, under attack from pluralism, liberalism, and positivism, created a modern Lutheranism that strove above all else to be “scientific.” In the words of Rasmusson, “Metaphysical” and “confessional” became words of abuse, while positive words were “objective,” “intersubjective,” “value free,” “testable,” and so on. The theological texts were full of claims of being “purely” scientiﬁc, “rigorously” objective, and “strictly” value free, in contrast to all older theology.

Theological heavyweights such as Söderblom, Billing, Nygren, Aulén, Wingren, Jeffner, and today Ekstrand were each preoccupied in various ways with the integration of the primacy of science with the praxis of a non-metaphysical religion. However, what is emerging now is a group of “postsecular” Swedish theologians, such as Ola Sigurdson (the body), Jeanrond (Catholicism, the Church), Spjuth (creation), and Rasmusson himself (politics) that are informed by post-analytic philosophy, continental hermeneutical theory, French postmodern philosophy, social theory, and moral philosophy. These same currents are being explored concurrently in American theology, and even confessional Lutherans have recently produced a book on the theology of the body. Such are the times we live in.

It is important to distinguish between those who do and promote actual science (of which there is a lot out there) and those who use science to promote political (usually leftist) agendas.