The ruling class of religion. . . 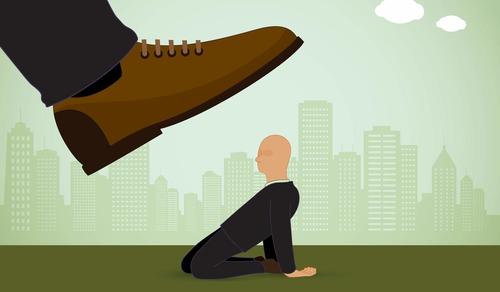 In nearly every denomination, the ruling class moves in a less conservative direction -- even if that is marked in degrees.  In nearly every church body you can name, the forces more in the middle are in control.  That is certainly true for Rome.  Pope Francis is less conservative than Pope Benedict -- everyone knows this.  But he is not quite the liberal or progressive that the synodal forces in Germany are and he is not likely to ordain women or open the door to LGBTQQIP2SAA forces.  He is a slightly left of center centrist.  The muddy middle as some would put it.  As vocal as the conservatives in the Roman Catholic Church are, they are in the minority and nowhere near the halls of power.

It is true for Missouri as well.  Though some love to paint Pres. Harrison as a right winger, he stands largely within the vast center of Missouri.  Conservatives have influence but they do not have a lock on power.  No matter Herman Otten or United Lists, Missouri's ruling class (especially considering the District Presidents) is slightly right of center but still rather in the broad center of our denomination and its history.  It is a truism for most denominations and it is certainly true for the Missouri Synod.  Missouri's leadership is very conservative in comparison to the ELCA but looking at Missouri's history that would not be a fair description.

In the ELCA, the ruling class is decidedly left wing.  It is not mainstream or middle of the road or even slightly left of center.  In the ELCA conservatives are persona non grata and they have no voice or vote anywhere.  Take, as example, the ELCA Presiding Bishop's post about the SCOTUS ruling in Fulton v. City of Philadelphia:

​As children of God, we give thanks for all of the LGBTQIA+ people who experience God's calling to the holy work of parenting. In particular response to the June 17 Supreme Court ruling on Fulton v. City of Philadelphia, the ELCA stands with our LGBTQIA+ siblings in Christ and reaffirms our commitment to equal protection, opportunities and responsibilities under the law (Human Sexuality: Gift and Trust, p. 33).

Children and youth in the child welfare system are among the most vulnerable members of our society, and a disproportionate number of young people in the child welfare system are LGBTQIA+ and in need of compassionate and supportive homes. Our concern as disciples of Christ is for their best interests. This includes recognizing and affirming the vocation of LGBTQIA+ people as parents and foster parents.

Each of us can respond through ongoing education and action in support of LGBTQIA+ people, including those who are called to provide loving care for children, and through compassionate care for our most vulnerable children and youth.

How troubling that we have to look at Christian church bodies as conservative or liberal, generally Left or right. In the matter of the faith and the teachings of Jesus, the way we are to live is as Christians or followers of the Lord. We must learn to be much tougher tha we are at present, ELCA is not merely liberal, it is apostate and heretical, and we should have nothing to do with them. To compromise the Faith by attempting some kind of dialogue is useless, Only separation is the solution.

John Joseph Flanagan said... "How troubling that we have to look at Christian church bodies as conservative or liberal, generally Left or right."

Yes indeed! It is troubling!! Especially when "liberal" and "Left" include the advocacy, support, and participation in such actions as anti-Christianity, treason, sedition, murder-by-abortion, euthanasia, violence, lawlessness, racism, sexual perversions of every description, socialism, communism, and class warfare.

No orthodox Christian church bodies should condone or allow such liberal or Leftist activities by their leaders or congregations.