Make straight what is crooked. . . 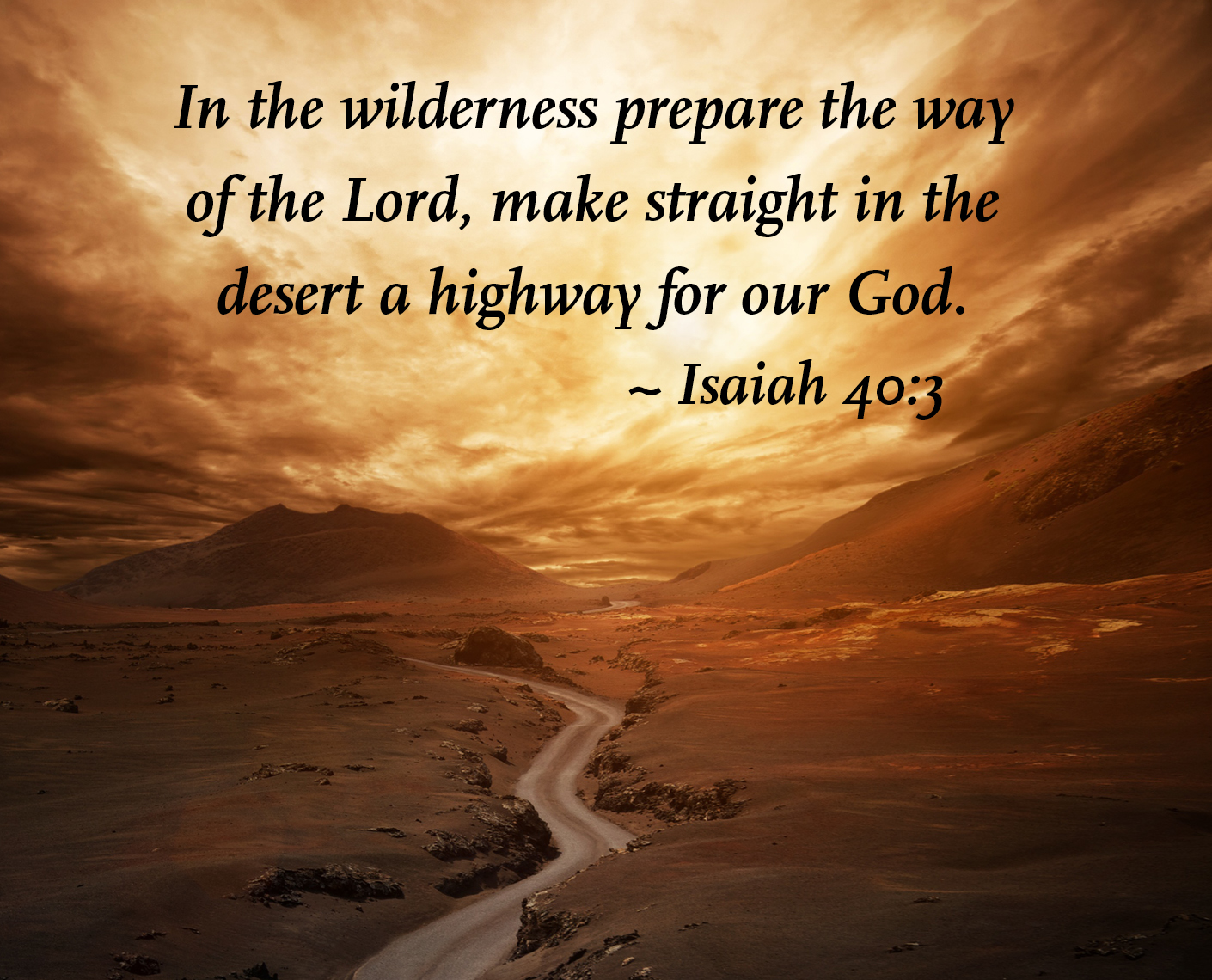 When we speak of a politician or cop who is corrupt, we call them crooked.  When we characterize a deceptive or shady business, we call it crooked.  When we described a wandering and aimless journey, we call the path a crooked one.  Crooked describes everything from willful evil and lies to foolish indulgence.  The Lord calls us to repent of our crooked ways and He sent the voice of one crying in the wilderness to make straight the way of the Lord.

When we speak of a lawyer or policeman who is ethical, we call him a straight shooter.  When we speak of an honest businessman, we call him a straight up sort of person.  When we describe someone who is moral and honorable, we sometimes even deride such character by calling that person straight laced.  Straight is the opposite of crooked and it means everything from someone in whom there is no guile or deception to a truth talker whose word is his bond.  This is how the message of repentance is described by the prophet Isaiah and by the one who fulfills the prophet’s word:  Make straight the way of the Lord.

John is not even described by name before he and his preaching is set in the context of the great prophetic promise of mighty Isaiah.  A man will come to be the messenger of the Lord, who will walk before the man who will wear the face of God before your face, who will prepare the way for the coming of Messiah.  He is a voice, THE voice of one crying in the wilderness of a crooked people walking in crooked ways that they do not even see or recognize as being crooked.  From this voice will come forth the call of God to prepare the way of the Lord and to make straight His path.

John was every bit the man prefigured by Isaiah.  He was blunt and strange and did not mince words.  Yet when he appeared in the wilderness of a world that had long ago exchanged truth for lies and righteousness for sin, the people not only heard his voice but followed him.  All the country of Judea and all the population of Jerusalem woke up to the sound of this prophet’s voice and they went out to him.  They did not wait for him to come to them but they left their homes and jobs and routines to be where John was.  They went down into the waters of the Jordan at His bidding and they confessed their sins and the shame of their lives and the guilt of their souls.  Under the power of his word and the work of the Spirit, repentance was born in this crooked people and they received the gift of God in the forgiveness of their sins.

John was an unlikely man to receive such attention or receive such a following.  He was dressed in the wildness of camel hair with a leather belt to hold the leather to his skin and he ate locusts and wild honey.
He was as far from the careful and reserved religious authorities of his day as he would be today in our era of clothing that dresses the part, stylish hair cuts, and a cultured image.  He did not come to do anything but preach the Kingdom of God to a world which had long ago given up on God or His kingdom and was merely going through the motions of religion.  He preached among a people who had learned to make their peace with and be comfortable living less than free lives, under the thumb of the Roman Emperor, ruled by a turncoat king who was a puppet of their oppressors.

John did not draw attention to himself.  Not me, he said, over and over again.  John was not the mighty one but the stooge of the one whose dirty sandals he was not worthy to untie and whose dirty feet he was not worthy to wash.  John did not point to himself or his works but to the prophet’s word and the God-man who was to come to fulfill that prophetic word.  John baptized with water that was a sign but he spoke of the One who would baptized with water that was not simply a sign but a means of grace through which the Holy Spirit worked.

None of us welcomes a figure like John in our day.  We are as set and secure as the people and institutions John encountered of old – perhaps more so.  We are more convinced that we are gods and less convinced that there is a God at all than the people of John’s day.  We refuse to allow talk of sin and reject the idea that we need to be forgiven of anything.  Repentance has been banished from the vocabulary of nearly every preacher and sermon and it has no place in our minds either.  We expect a God to love us as we are, sins and all, and to give His stamp of approval on every evil, immoral, corrupt, and self-serving desire that flows from our hearts.

We would have given up on such a people and such a world but not God.  He had set in motion the redemption of His lost creation and His lost people.  He looked through time and space to the day when a voice would speak comfort to His people, speaking tenderly to Jerusalem, and announce that the great battle to hide our sin and justify our evil is over.  God looked through history to the moment when the iniquity of sinners would be forgiven and their sins absolved by the double honor of an innocent Savior would wear their guilt even to death on a cross.  And it would all be heralded by a voice, THE voice, crying in the wilderness to make straight the highway for our God.

I am ashamed of how many times I have squandered my time in the pulpit, shrinking back from addressing sin and calling God’s people to repentance.  I have worried too much what people will hear in my words and what they will think of me.  Pastor Ulrich knows what I mean.  Pastors struggle week after week to preach like John to a people who have thin skins and who do not want to hear of their sin, guilt, or need to repent.

But the comfort of the Gospel and the promise of the God who tends His flock like a shepherd, who gathers His lambs in His arms, who carries the wounded and broken close to His heart, and who leads the lost home to their Father in heaven finds no home in us unless faith is born in us by the Spirit and the Spirit leads us to repentance.  Unless pastors are willing to preach like John to the crookedness of a world at odds with its Creator and lazy Christians who work harder at fun than holiness, there is no comfort for our souls and no redemption for us to enjoy.  As St. Peter remind us, the focus of our hearts should always and ever be on “what sort of people ought we be in lives of holiness and godliness, awaiting and hastening the coming of the Day of the Lord.”

We are not waiting for a better life and a better world in which to live out our days but a new heavens and a new earth.  We are not waiting for our minds to be filled with memories and experiences that will make us rich and content.  We are waiting for the day when Christ will come in His glory and declare us holy and pure, without spot or blemish, and fit for His kingdom.  We are not waiting for a utopia which will make it hard for us to leave this life but for peace in our hearts to know that whether we live or die we belong to the Lord and no mind can imagine or conceive of the glories prepared for those who love Christ’s appearing.

There is only one comfort worth waiting for.  That is the comfort that comes when voices are raised to call out sin and call for repentance.  That is the comfort that trades the crooked ways of wickedness and willful indulgence for the straight paths of faith.  Today we give thanks to God for John who preached without embarrassment or fear the Kingdom of God and called a people to prepare for the coming of the Lord.  And we pray that God will continue to put voices among us who will preach without hesitation the same call to holiness, righteousness, godliness, and faith.  So that when Christ comes again, we will be prepared to receive Him and He will welcome us into His eternal kingdom.  Amen.