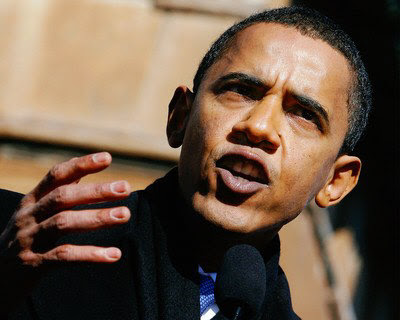 Joshua Genig, PhD candidate, Lutheran Pastor in Atlanta, son-in-law of one of a Sem classmate who is one of my oldest friends, has written in First Things about the role President Obama has forged as literally Pastor-In-Chief of our nation.  You can read his own words here...  They are worth your time...

Norman Teigen has often pointed out when it seemed I had crossed the line between the two kingdoms, either falling into the trap of Catholics who want to ecclesiasticize the world or the Evangelicals who want to Christianize the world.  It is not my intent to do either and so I hope Norm is watching the boundaries.

Instead I think Genig has pointed us not to a position we have taken but one that our President has either assumed or intentional sought out -- spiritual leader of the nation's people.  He has repeatedly invoked images and taken positions that presume he is the one uniquely suited to determine what constitutes the first amendment right of freedom of religion, of the particular circumstances when this right is to be abridged in favor of a higher good, and has made personal appeal to those outside the Christian circle -- especially Islam.

His administration took the position that the government can intervene in churches choosing those to be their ministers -- requiring larger rights (in this case the disability provisions of law) to trump the freedom of a church to choose its own ministers.  While the SCOTUS did not agree, it is noteworthy that the administration has not backed down from its position that is knows best.

His administration has taken the exact same position with respect to provisions of abortion, abortifacents, reproductive technology, and contraception.  In the same way, his administration has insisted that there are larger rights than the freedom of religion and that the government is well within its rights to abridge religious freedom to enact what it considers the higher good of providing "preventive" care for women that respects their right to choose to abort a pregnancy (with whatever medical means possible).

He has personally invoked Jesus as the source and approver of his policies - taking for himself the role of Biblical interpreter to decide how Jesus' words and teaching should be applied (so that the rich who have more should pay more in taxes, for example).  Few in politics have been so brazen in identifying their own policies with the teaching of Jesus.

Finally, his administration has continued to rephrase the right of religious freedom as basically a right to worship and only a right to worship.  In this way the administration has sought to reduce the role of religion in the public square and to narrow its focus merely to the worship hour on Sunday morning (or whatever day of assembly is chosen).  Even more egregious is the intrusion of the government into the content of what takes place within that worship hour -- at least in the case of Roman Catholic military chaplains and what can and cannot be said at the homily during Mass -- the one time when no military chaplains function as officers but rather as ministers of religion according to the doctrinal tenets of their own particular church and jurisdiction.

Far from this problem coming from the churches or the people, this is a role the President seems to have taken for himself and the consequences are, in my mind, far more dangerous than either the ecclesiasticization (oops I invented a word) or conversion of the world by Rome or Geneva.  In the mind of this Pastor, it is not we who have mixed the two kingdoms but President Obama.

Last night, Terry Mattingly on the Get Religion blog, posted some information with links that are enlightening regarding Obama's thinking and faith.

Actually Pr. Genig has successfully defended his dissertation (about a month or so ago) and is now a PhD (he obtained this at St. Andrew's in Scotland).
-Peter Sovitzky

Obama is not a Christian. He has no
concept of religious freedom as
stated in the lst Amendment. His
socialist agenda tramples on the
rights of American citizens. He
misquotes the Bible for his own
political advantage. He is a
protege of Rev. Jeremiah Wright who
preached hate for America.

A LCMS pastor writes in First Things, founded by a liberal Lutheran pastor who crossed the Tiber.

I think I hear an alarm bell.

"I am not political. At least I try not to be."

If you are a responsible citizen of a country, you are political.

Better get on my hipwaders.

"I do not spend time, nor do I enjoy, discussing national politics. Some do. Some pastors get so bogged down in such things that they never really get on to the business of caring for souls."

"I give my bishop, Matthew Harrison of the Lutheran Church—Missouri Synod"

It's getting a little deep now!

"Mr. Obama has unilaterally assumed the role of Pastor-in-Chief of the United States of America. And frankly, I’m offended by that."

Oh, dear! "Offended"? So the efforts of Steve Dunham (aka Barack Obama), as well as his membership in a political party which, for over thirty years, has pursued, funded, and promoted the genocidal murder of 54 million unborn children is what? A minor faux pas?!?

"Simply put, it is hard to see how Mr. Obama can mandate a violation of conscience one day, and say the following with a straight face just days later, while remaining an honest man"

There's the problem - he isn't! Barry Hussein Soetoro is a liar, a murderer, and traitor to the United States of America. Don't look for anything more honest from Barry than wiping himself with the Constitution.

Thanks, Pastor Peters. I had not heard this one until last week when my brother brought this appraisal of the President to me. I will see what there is to the argument.

I will also read what Luther has to say about the 4th Commandment in the Large Catechism. There is legitimate political discussion which you intend. But there are sins against the 4th and 8th commandments over which some of the President's naysayers stumble over.