Familiarity does not always breed contempt... 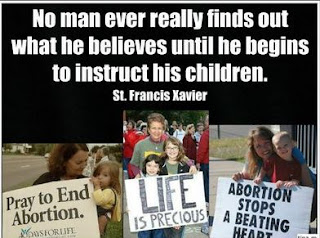 I often take time in catechism class to ask questions about the world around those catechumens.  I find it interesting to know what it is they know and what they do not know about the world around them.  I have yet to meet one who did not know who was the President of the USA but less than half could name the Vice President.  Hardly one in a dozen could name the Governor of our state or any of our representatives to Congress in either the House or the Senate.  Politics is skin deep in most of them.  Perhaps this is understandable.  Even adults can choose to live in a world closed to the irritating and frustrating issues and events of politics and government.

Contrast this with the brands of beer, the names of bands, the characters on TV shows (Family Guy among the most popular but not a runaway hit).  They can name consumer brands (Apple and Sony being the premier ones), clothing lines and stores, and shoes.  They all know restaurants (at least the fast food variety).  Movies are well known (from at least the last 5-6 years but, surprisingly, hits like Princess Bride are largely unknown to this age group).  The media has done its job well.  The Church not so well.

They are not unaware -- merely aware of the things that they believe important to their teenage lives.  They have chosen to live oblivious to other things the rest of the world might deem weighty (like the news).  More importantly, they seem to know little about the faith or the church.  Yes, I know, this is the purpose of catechism class after all but... much of this does not register.  Even those from Lutheran families are not always sure which Martin Luther I am referring to -- the one with the January holiday or the one for whom we are named.  In this they are not all that much different than their siblings or parents.

We are thoroughly inculturated into things that come and go as fad and trend and mostly in the dark about those things which endure.  This is most acutely true about the Christian faith and the Church.  Our catechetical resources are often rather superficial.  I cannot tell you how much I detest the idea that confirmation is more about relationship than doctrine.  It is as if we have bought into the lie that as long as folks are sincere in what they believe, it does not matter so much the content of that belief.  But this lack of serious catechesis for youth (and adults) affects things well beyond the faith arena.  We find it easy to vote for politicians who do not reflect our values because we vote what we like and feel instead of what we know.  We make foolish choices because our values are trumped by desire and weakness.  We raise up people who have no idea the difference between their Lutheran confession of faith and what the Baptists down the block believe or the non-denominational mega-church on TV sells us.

Roman Catholics it seems have had the same painful conclusion.  While their Bishops were not necessarily telling them who to vote for but what positions were incompatible with church teaching, a great many of their  members were voting against the Bishops and the Church.  Is it that they rejected the values of life, the sanctity of marriage, and such or is it that these values played a less important role than other factors?  We Lutherans need to have a similar "come to Jesus moment" about what it is that we teach our people about the faith we believe, confess, and teach.  If our people know what we believe and why, they are given the tools to make more faithful decisions in the political as well as religious arena.  If our people have been well catechized, they will be able to make informed choices in every dimension of their lives.

I for one think that it is not that our values have been found wanting but we have failed to adequately teach and catechize our people so that these values become their own.  Our youth have an amazing capacity to recall the most trivial and insignificant bits and pieces of information.  What we need to do is to teach them well so that they can recall and address familiarity with the Scriptures, the Confessions, the Catechism, and the liturgy with equal fervor and ability.  The downfall of every church is how well we teach our people.

The other side of this is that the one teaching learns as much as the one learning.  Whether this catechesis happens in the formal setting of a church classroom in catechism or Sunday school or the informal setting of the dinner table or a car on the road, we all benefit from teaching our children well what it is that we believe, confess, and teach.
Posted by Pastor Peters at 6:00 AM