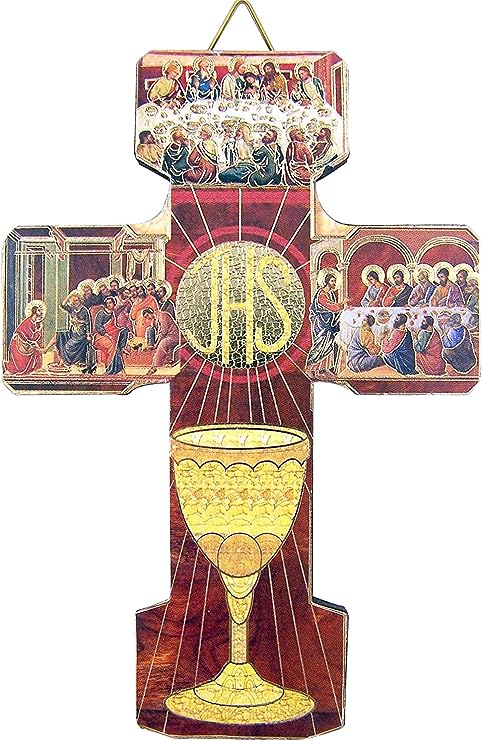 I grew up when typically Lutherans observed the Lord's Supper quarterly (not necessary every three months but once in each quarter, often in conjunction with holy day).  It was one of those things in which Luther's minimum (if you do not receive it at least quarterly it is to be feared that you are no Christian) becomes the maximum (offered only quarterly).  Later it became monthly.  And after that twice a month.  Then twice a month and on the fifth Sunday.  Then twice a month and on the fifth Sunday and on holy days.  Now it is probably celebrated at least as often weekly (but not necessarily at every service on Sunday).  The old saw about a less frequent celebration being more special is a rather quaint and pathetic way of justifying a less than confessional practice.  We insist in our confessions that we observe the Lord's Supper at least every Lord's Day and on every other day when there are communicants desiring to receive it.  Of course, then you proceed to the next argument over whether these words were meant to be prescriptive or merely descriptive.  Now, living in the wake of a pandemic when some congregations did not have the Lord's Supper for months at a time, we find ourselves almost back at square one.  We have to explain why the Lord's Supper should be offered weekly (though there was never the requirement that every Christian receive Holy Communion every time it was offered and there are salutary reasons for some for not communing).  And then there is this:  All that the Lord has said, we will do.

The Israelites were gathered before the Lord's servant, Moses, and had heard him read to them all that the Lord had said.  Moses came before the people of God and told them all the words of the Lord and all the just decrees of God. And all the people answered with one voice,  All that the Lord has said, we will do.  It seems to me that we too often try to understand the Lord at the very moment when faith manifests itself in obedience.  The Lord has given us this gift.  It is not ours to change or adjust but to believe and heed.  The words of our Lord certainly encourage us with the word often but the practice of the early Church shows us how this often was understood -- daily at first and then at least every Lord's Day (Sunday) according to Acts.

More than simply following the Lord's timetable, this is about how we esteem His gift, how we approach that gift in the clothing of repentance and faith, and the faith that receives what the Lord has said with thanksgiving.  Growing up we did not always have Holy Communion on Maundy Thursday (go figure!) but we usually had it on Good Friday.  If ever there was a day to fast from the Lord's Supper, I would grant that Good Friday had good claims to be that day.  Nevertheless, the issue here is how we can commemorate the institution of something without actually receiving its gift!

It is clear from the practice of Acts and the solemn words of St. Paul in passing on what was given to Him in the Words of Institution that this was intended by God to be more than an occasional meal.  The gathering of God's people around the Word and Table of the Lord is the very beating heart of Christianity and the Church that bears our Lord's name.  We do not offer this gift and blessing when we feel its need or determine that it is beneficial but as a simple act of obedience to Christ.  As the people of God once proclaimed to God so long ago (All that the Lord has said, we will do) so do act in the obedience of faith to meet where God has appointed -- around His Word and Table.  Each Christian will decide on his or her own whether to commune (and this should be a decision more framed around whether they repent of their sins, desire and believe in God's forgiveness, and discern the Lord's body and blood in the bread and wine that any other consideration).  Each Christian ought to take some time and some care to prepare themselves to receive what the Lord offers -- as an act of piety to examine their conscience, confess their sins, and rejoice in God's forgiveness that restores them before Him.  But such pious preparation is not a hurdle one must jump through to earn their place at the Table of the Lord.  Rather, faith in the words given and shed for you for the forgiveness of your sins remain what it is that renders us worthy and prepared to receive what the Lord offers.

As much as this Supper is for those who receive it, it is also a witness for the world.  The cup of blessing that we bless, is it not a participation [communion] in the blood of Christ? The bread that we break, is it not a participation [communion] in the body of Christ?  By these words St. Paul would point us to what it is that happening as we eat and drink the flesh and blood of Christ hidden in bread and wine.  But these words remind us that it also extends beyond the gathered community.  For as often you eat of this bread and drink of this cup, you proclaim the Lord's death until He comes.  Just as Israel's public statement of faith and obedience long ago once stood as witness before the world, so does our weekly gathering around the Word and Table of the Lord give witness to the world around us what this Sacrament is, what it does bestow, and who receives its salutary gift.

O Lord, in this wondrous Sacrament You have left us a remembrance of Your passion. Grant that we may so receive the sacred mystery of Your body and blood that the fruits of Your redemption may continually be manifest in us; for You live and reign with the Father and the Holy Spirit, one God, now and forever.  Amen.