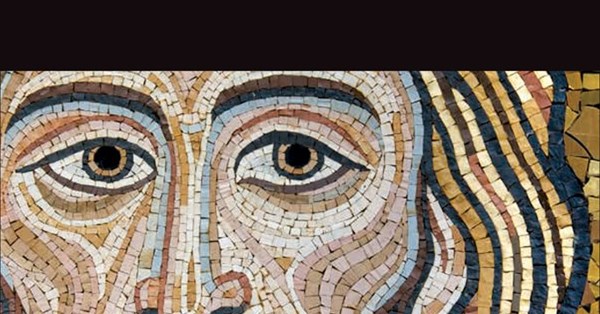 We are told that the content of the faith must not change but the liturgy must.  At least that was the mantra of the liturgical movement.  While some may acknowledge some slow and incremental changes over many years, the liturgical movement fomented abrupt change over very few years.  Literally, the faithful went to church on Sunday morning one week as generations had done before them and then the next week they found themselves in great disconnect with the saints who went before.  While this is most profoundly true of the Roman Catholic Church and the great shift that took place between the Tridentine Mass in Latin and the Novus Ordo in relatively common English (or other vernacular) the next, it is also true of Lutherans.  While some of those changes were important and had to happen, the fact that they happened as abruptly as they did vitiated against the very good things that were being introduced.

In the end, however, the most profound change to the liturgical churches has been the fact that the liturgy has been treated more and more as if it were a rough draft of options to be sorted out and implemented locally.  Again, this is true of Rome but, in many cases, even more true of Lutherans.  It is not simply that our liturgical identity has changed as a group but has given birth to changes so local as to defy branding Sunday morning with Lutheranism.  What is done and how it is done has become so diverse as to undermine the very unity of the faith.  In this, I am not thinking of the additions to the Divine Service but the omissions.  It is not simply what is added but what is subtracted from Sunday morning -- for the sake of relevance or brevity or taste.

Further, the justification for these changes is said to be missional.  The goal of making disciples is a more lofty goal and more noble purpose than maintaining the liturgical traditions of our Confession.  Even among more confessional souls, the by-word of our times is adiaphora -- anything goes since nothing is required.  The conflict of mission and piety, outreach and worship, has been coming for a while but now it is so entrenched that I wonder if it has not become part of the sacred but oral tradition that we hand down -- and one more powerful that the written ones (like rubrics).

It must be wondered how many empty pews are due to the abandonment of the liturgy and the loss of the mystery of God's presence replaced with toe tapping music and a down home casual attitude toward the presence of God.  I well know that liturgical formality has been the scapegoat of several of the last generations and in an effort to loosen things up the liturgical was blamed instead of the people in the chancel or in the pews.  How foolish it was and is to blame the form for the sins of those using it!  We have embraced the idea that diversity is good and local option is better than national identity to the point where we may never recover a sense of who we are or ought to be on Sunday morning.  The genie is out of the bottle and technology has allowed us to go where we never went before.  What we are lacking is any sense that what we can do is not what we should, that what is possible may not be beneficial.  I read that somewhere.

The pandemic has contributed its share of liturgical anomalies to modern views of worship and liturgy and they will not be quickly forgotten.  The further deterioration of our liturgical identity as confessional Lutheran people will come as the bad or merely expedient things we learn from COVID 19 are woven into the fabric of our already locally optioned version of the worship book.  What we will have lost is the perspective of what is ancient and yet ever new -- the witness of the saints who went before us and our unity with those who passed onto us the sacred deposit.  As Dr. Nagel put it in the old hymnal, we are heirs of an astonishingly rich tradition.  Unfortunately and to punish those who come after us, we have disregarded that tradition in favor of things no older than our last thought and no more relevant that the previous whim we dropped everything to follow.  The saints may wince and Jesus may cry but the real suffering is foisted on those who hear and believe and are simply looking for a place where what they heard about is lived out.  That is the goal and purpose of the local congregation -- to give the faithful (young or old) the place where the inheritance of the saints meets the confession and excitement of the moment to extend what was first given us and more may receive it still.

We all know what happened with New Coke or any other new and improved brand that has sacrificed its identity and integrity for the chance to call itself nothing like it was before.  We can only pray that the very name does not become tainted with the worst we invent to replace the best of what went before.