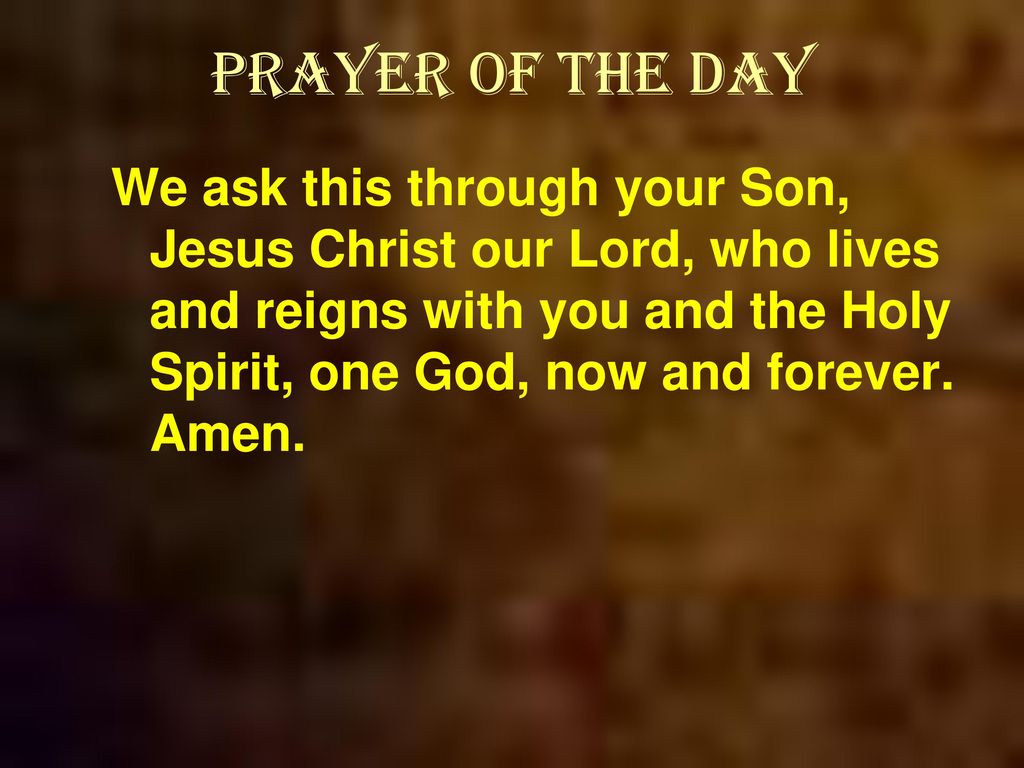 The difficulty lies in that older translation (at least since Vatican II) does not accurately reflect the Latin text.  The Latin does not mention “one” and “Deus” in the Latin text refers to Christ, not to the Trinity. So the change was undertaken to protect the Christological truth of Christ as God in the face of religious pluralism today.  At least that is the official line.  At some point the ICEL (International Consultation on English Language [Texts]) alerted the congregation (department) in Rome charged with this responsibility but they chose to overlook it. . . until now.

I guess I have been reading it wrong.  Or perhaps I have been so inculturated in the wake of Vatican II and the changes of the liturgical movement that I never recalled the Latin distinction.  That said, I wonder if the distinction will actually work to protect the Christological truth since it is such a minor change and one that would not ordinarily be noticed if one were not familiar with the Latin.  To most folks, the  one God, now and forever ending affirms the unity of the Holy Trinity.  This is certainly a truth as important as the one the change in the new ending to the collects is designed to protect.

Not being Roman and not have a horse in this race, as the old expression goes, it does point out that liturgical texts do have meaning and importance.  Ad libing on Sunday morning needs to be done carefully because small nuances of change and the failure to make things clear have consequences.  There is something to be said about the fact that those charged with editing and publishing new hymnals and agendas have thoughtfully considered such things and have rendered us texts that are not only orthodox but speak well of the faith being confessed into the ears of the hearers.  Having heard innumerable prayers in which I withheld an Amen because I was not at all sure what was being prayed for, I know the truth of this and hope the rest of us do as well.  God is not a grammar Nazi but He surely does care for how we confess His truth in worship, prayer, and witness.  It always accords well to have this in mind when we open our mouths to lead God's people and especially when we lead them in the house of God from the steps of the altar, from the lectern, and from the pulpit.