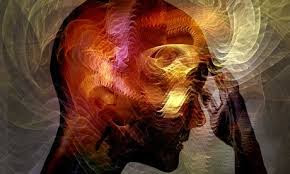 For a long time now diagnosis has replaced an understanding of demonic power with respect to mental illness.  In fact, the reality is that we have diagnoses for nearly everything -- every symptom and circumstance.  Part of this is, of course, driven by insurance and the need to code the illness to pay the claim.  Part of this is also, however, due to our desire to have a name for what ails us.  Even those things that were once considered made up afflictions now have a diagnosis and a medical code that renders them legitimate.  Perhaps they are.  How would I know?  I am not a medical doctor.  But does a diagnosis and a medical code preclude demonic power and influence over those with some mental illness?

In an article called ‘Schizophrenia or possession?’ published nearly a decade ago in the Journal of Religion and Health , M. Kemal Irmak admited that it is difficult to make sense of the auditory hallucinations that accompany schizophrenia.  So he invited us to consider that there may be something more -- "the possibility of a demonic world" (p. 775).  He believed that demons are both intelligent and yet hidden forces that can and do affect the minds of people -- people often diagnosed with schizophrenia and other psychotic disorders.  Read the quote:

As seen above, there exist similarities between the clinical symptoms of schizophrenia and demonic possession. Common symptoms in schizophrenia and demonic possession such as hallucinations and delusions may be a result of the fact that demons in the vicinity of the brain may form the symptoms of schizophrenia. Delusions of schizophrenia such as “My feelings and movements are controlled by others in a certain way” and “They put thoughts in my head that are not mine” may be thoughts that stem from the effects of demons on the brain. In schizophrenia, the hallucination may be an auditory input also derived from demons, and the patient may hear these inputs not audible to the observer. The hallucination in schizophrenia may therefore be an illusion—a false interpretation of a real sensory image formed by demons. This input seems to be construed by the patient as “bad things,” reflecting the operation of the nervous system on the poorly structured sensory input to form an acceptable percept. On the other hand, auditory hallucinations expressed as voices arguing with one another and talking to the patient in the third person may be a result of the presence of more than one demon in the body. (p. 776)

Now before we go any further, let me state categorically that such a suggestion does not in any way legitimize any stigma attached to such illness for the individual.  No one is or should seek to round up those with such disorders and lock them away in medieval prisons or worse and thus replicate the sins of the past in dealing with those afflicted with mental illness or psychological disorder.  Could it be that he is wondering about the similarity between the mental illness and its symptoms and demon possession?  The reality is that the science has not afforded us much to predict, diagnose, and treat some of these psychotic illnesses, especially those who hear voices calling them to do illogical and harmful things (to themselves or to others).

Many will find this suggestion offensive and shocking.  I am not at all sure what to do with it either.  But I do understand the conundrum.  We face people with ills that defy explanation and with treatment options that often work only to deaden the whole life of the individual.  We live in a time in which symptoms are treated mainly with drugs but the source of the psychological illnesses are left untreated.   We are also confronted with a seemingly inexplicable increase in syndromes, conditions, and ills both are hard to diagnose and categorize.  What we seek more than anything else are explanations.  Why did this happen?  What does it mean?  How do you fix it?  The medical community has not been greatly successful in giving us satisfactory answers.  Is it time to pursue an answer that does not come from medicine but from theology?

For Christians, the demonic is not some antiquated concept of an ignorant and unscientific age but a real and present threat and danger.  There is nothing medieval or against science in admitting that we face spiritual enemies who might manifest themselves in physical and psychological ways.  I have many questions.  I do not have many answers.  But I am neither ready to label all those with mental illness demonic nor am I prepared to dismiss the demonic as an explanation for some.  I suspect that some of you may well be in the same place.  The article that occasioned this post was new to me but not recent.  The whole subject may have hit a nerve among us as we seek to find our way through a world in which things clearly at odds with God and His Word become more frequent, more powerful, and more normal among us.  It is only natural to ask why and it would be foolish to dismiss the role of the demonic in some of these things -- foolish at least for those who read the Scriptures and believe what they say.