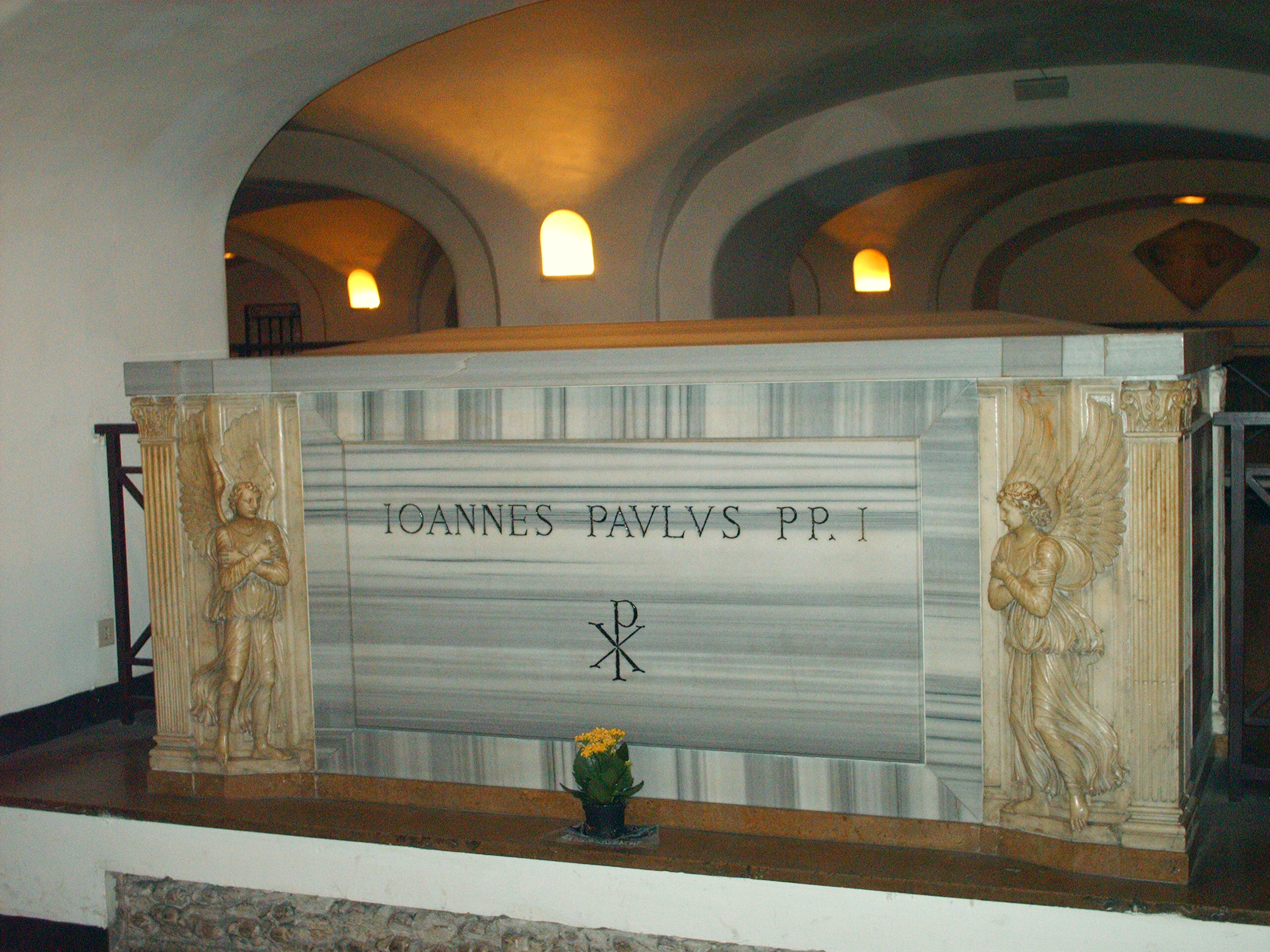 So it appears the Pope of ten minutes, John Paul I, is poised to become a saint.  The forces have determined that nearly every modern pope must be a saint.  The requisite steps have been followed and the miracle required sufficiently documented so that Francis is ready to say JPI is a saint.  Though Lutherans have no mechanism for declaring sainthood other than God's designation of the baptized and the example of St. Paul in addressing the people of God in Ephesians (among others) to be saints, this process of making a saint in Rome has become a joke.  I wonder why we should even wait for Francis to die before declaring him the patron saint of synodality, equivocation, and sexual liberation.  For Benedict there may not be a chance at sainthood since he is unwoke as well as undead and the Roman spirit is moving decidedly away from the likes of JPII (though not without invoking his name now and then as if to presume he will countenance this movement).

No, I as a Lutheran have no interest in the process Rome uses but I do have an interest in the way that process has been used and how it appears to the wider Christian community and to those not of the Kingdom.  Surely the East has the same reservations and fears.  Sainthood is not a joke but it can become one if it becomes a political tool in the hands of a committee determined to press on with urgency where deliberation and slowness have been its virtue.  Just maybe Joe Biden and Nancy Pelosi have a chance at sainthood as well since they have become the modern day equivalent of martyrs for the cause of love over truth and opinion over doctrine.  The good thing here is that they don't even have to suffer or die in order for the new spirit in Rome to herald their causes.  The cardinal is probably correct.  The forces in Rome today do not want a new church but they certainty want a different one and where to start except with sainthood?

Popes have not exactly been high on the list of saints in the past.  In the last 1,000 years, just eight popes have been made saints (nine if you count JPI).  Yes, 52 of the first 55 popes on Rome's list were declared saints within 500 years of their death but not as soon as current practice has been and for significantly different reasons (some were martyred).  Speaking of time, put this into perspective;  since 1588, when the Catholic Church created an office called the Congregation for the Causes of Saints, the average time between someone's death and canonization is 181 years.  We are a hundred and fifty or so shy of the average.  Recent popes are known for canonizing in large numbers: John Paul II canonized 482 saints – nearly 200 more more than the canonizations of the previous 600 years. When Francis’ first canonization took place, it named 813 people at one time.  Benedict himself waived the short waiting period of 5 years between death and the start of the canonization process.  Is Rome saying that you, too, can grow up and be a saint?  Aspirational sainthood.  The new mantra.

My point is this.  The rush to declaring certain individuals saints and the lowering of the bar and the addition of sheer numbers does nothing to help the cause of virtue.  Either abandon the specialty designation Rome has used since 993 and sound like a Lutheran or take a break from the pace of canonizations.  In the way of clergy sex scandals, financial scandals, and institutional breakdowns, the push to canonize anyone and everyone is not helping Rome one bit.  At least that is the thought of this outsider.

Oh, and by the way, get rid of the bodies, bones, and other relics.  Let the saints who died rest in peace without the faithful gawking at their remains.  I have not gotten that.  Rome says that the ordinary Christian should not be cremated nor his or her remains left uninterred.  Unless you are Tolstoy or a saint.  Then the rules do not apply.