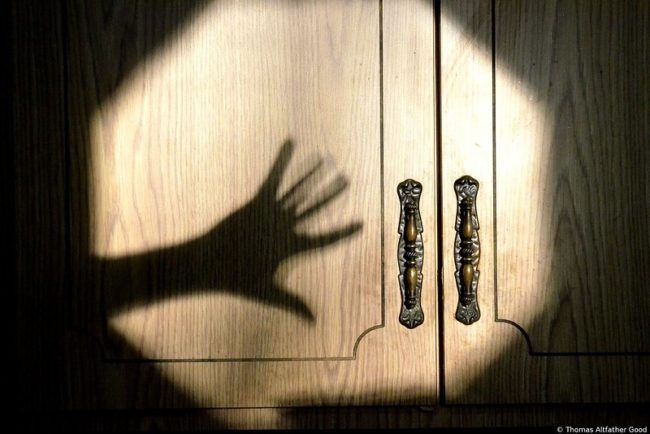 For a long time some have been talking about a dark and hidden set of authorities, a shadow government.  We heard about some of it during and after the last election.  It has been well chronicled.  Facebook and other social media platforms readily admit that they poured money and expertise into the support of the progressive agenda and therefore into Biden's campaign.  This is probably true enough.  I do not doubt those who suspected it and I do not doubt those who admitted it.  While it is not a good thing, it is not a new thing.  Corporate America has been shopping candidates and positions for as long as there has been an America.  We all knew that.  Maybe we did not suspect the level of their involvement into the elections process but we were fools to deny that this existed.  I am somewhat jaded to it all.  I do not believe that laws can be written or enforced to prevent it and the laws only force it underground where it is even more dangerous.  What will help is transparency -- not the admission of what was done after the fact but owning up to the political involvement before and during the campaigns and elections.

There is another side to this.  It has nothing to do with elections and everything to do the progressive agenda.  Its purpose is not to change votes but to change minds.  The goal here is not to effect specific outcomes but to shape a moral view among the people -- not just here but throughout the world.  This has to do with the obvious things of climate change and social justice but it also has to do with such issues as sexual attraction and gender identity.  While these corporate giant are interested in traditional issues like tax codes and liability laws and everything in between, they are also interested in promoting a worldview that is not simply in competition with Christianity but in conflict with the faith.  This is the thing that remains hidden -- a dark and hidden challenge to everything that once was held to be right and true and moral.

This is an overt example of not simply changing people's minds about gay and lesbian people but about Christianity.  Heaven is the domain of Christianity and here Doritos is selling a version of heaven that is not simply in competition with but in conflict with the faith.  It is never too late to be your true self.  That is the Gospel of this progressive viewpoint and yet it is not the absolute freedom it appears but only the freedom sanctioned by the liberal agenda.  You are freed to be your true self unless that disagrees with their agenda.  And Christianity is co-opted as a tool of this woke culture in which self is god and god is self.

From the advertising of snacks to the toys promoted for our children at Christmas to the corporate sponsorship of news and opinion, there is a progressive influence on us, our beliefs, and our lives all around us.  The problem is that we do not see it.  Advertising in the past was usually concerned about selling products but now the products are being sold to change minds and the ads package this all up in such a way that it is hard to resist and even harder to identify.  Again, it is not new.  Rosie the Riveter was created to popularize a war as well as to rally a people to fight it at home and abroad.  But Rosie has nothing on the efforts of corporate America and its CEOs to change the way we see ourselves even more than the way we see them.  The most effective ad campaigns almost defy norms by making the product less visible or central than the point of view being promoted by that product.

Christianity is the subject of powerful forces seeking to redefine not the doctrine taught in the churches but the minds of the people attending.  We are seeing the progressives put serious distance between what the Scriptures and the Church teach and what people believe.  Perhaps the Evangelicals have been on top of this trend for a long time -- separating teaching from the mood and style of worship to the point where what you believe is less important or not even important to the church you choose.  Among us as Lutherans, this reached its zenith when the LCMS publishing house published a book promoting the idea that you can have a different style or face on Sunday morning while preserving doctrinal integrity in belief (at least the theory said that).  As nearly every conservative church has learned, this is a grave fallacy and a deceptive lie.  We are only slowly waking up to this -- especially after a pandemic pushed us even more to the direction of these distinctions.  But now we face more than rebels within our own denominations, we face a corporate world intent upon reshaping Christianity for us by changing the minds of our people.  Rome, conservative Anglicans, Lutherans like the LCMS, and Orthodox are the target of those who find the church's teachings in conflict with progressive agenda.  We are not simply fighting against a culture but a corporate culture, well funded, well organized, and intent upon redefining the Christian message.  Unless we wake up soon, we will lose the battle for the minds and hearts of our people.