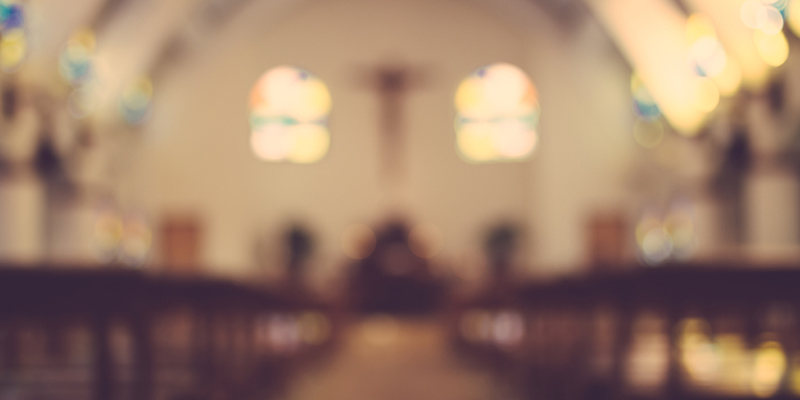 It is not an uncommon question, especially from those who grew up with a more, well, casual approach to the liturgy and the things of worship.  When they encounter a different attitude toward the things of God and the way of worship, the question arises, Why be so fussy?  Could it be only fussiness that is at work here?  Could there not be something more?

Think of it.  We live fussy sort of lives for the things that we deem matter.  When a man proposes to a woman, he sets the stage and scores it was if it were a movie.  Maybe made for TV but still a movie.  Before that point, he has wooed and won the girl with flowers and candy and movies and dinners out and all kinds of things romantic that matter because of how much he values her.  The events of their lives are also chronicled with fussiness.  Anniversaries and birthdays, the birth of their children, the first day of school, the graduations, the learners permit and drivers license, and all such things are caught on video, put in albums, printed in photos, sent in emails, text messages, and snail mail.

Think of the sports events and the traditions associated with it all.  From the food to the patriotic rituals to the half-time shows to the chants from crowds egged on by cheerleaders, the whole thing is a show, a choreographed event designed to honor the sacred games of sport that not only entertain us but define us.  There is no shortage of reverence and ritual applied to such things because we afford them importance.  Think of the ritual and somber order that we attach to military events and the vesture that clothes the various services and ranks and the watch the honor guard gives to the tomb of the unknown soldier and the rites of veterans.  We do this because this is important to us and these things mean something -- if nothing more than the fact that what they are attached to is important to us.

So if we deem all of these things important, why would we presume that all that fussiness at the altar, the vestments, the ceremonies, the postures, and such are not important and even get in the way of true worship?  Could it be that we actually value our families, our sports, and our nations more than we value the things of God?  Could it be that we are actually relieved about all the talk of spirituality because it leaves us off the hook of providing Him with something more -- like reverence, awe, trust, time, money, and devotion?

We will spend countless hours watching cars go around the same track or men running balls of varying size up and down a field or batting them or dribbling them up and down a court but we find ourselves fidgeting every time the bewitching hour approaches and it appears that things may not be done yet.   We will spend the big bucks on what we want, from the expensive hobbies or techno toys that promise us everything and then grow old and boring to the educations that are supposed to enable us to purchase our dreams but when the offering plate comes around we get embarrassed.  We will get angry and threaten all kinds of things to a player takes a knee during the national anthem but when a pastor comes along who ditches vestments for khakis and a polo and a sanctuary for a warehouse and acts all casual around about God, we are relieved.  Then we don't have to take the holy ground of God's presence either.

I don't like it when people argue with me and I don't like it when they presume I am a Romanist.  I get tired of the constant questions by people who did not grow up in a church that did not do all that fussy stuff.  I probably get angry too quickly at defending what we do with quotes that nobody cares about.  But actually I am more sad.  Sad that worship is valued so little that the less fuss the better.  Sad that people do not wait with anticipation for Sunday and their time together around the Word and Table of the Lord.  Sad that people do not get goosebumps or tingling when when they hear the stirring sound of the choir or approach the Lord's altar to receive His very body and blood.  Sad that they do not sing their hearts out at the great stanzas and mighty melodies of the great hymns of the faith.  Sad that they do not regret how quickly the minutes pass in God's presence.  Sad that people seem so threatened by what the pastors do and they are never asked to that they would rather leave a church than stay.

The reality is that God is pretty fussy.  He is jealous and controlling of time and history -- working all things toward the goal He has appointed and insisting upon every detail in the temple so that a building can be replaced with the flesh and blood of His Son and the adoration given to a place can be offered to the person Jesus Christ by a people redeemed by His sacrifice, washed in His blood, and given the clothing of His righteousness.  The fussiness of reverence and awe does not take anything away from the Lord.  Nobody is worshiping the form or the ritual or the furniture.  But what are we worshiping when the center of that form, the object of that ritual, and the one who speaks at that pulpit and comes to that altar is treated as common, ordinary, and casual?  Is God worth less than the things of life that we do treat as special, extraordinary, and great?

"Brilliant", as Harry Potter would say.
The Lutheran Liturgy, done "By the Book" is the high point of my week...granted that my week is pretty tame and solitary.
At Concordia Kingsport, we get to Confess our sins and receive Absolution, pray the Collects, read the Psalms and hear the Scriptures Preached, Chant and Sing the Word of God in the beautiful hymns, Remember our Baptism (Daily) and receive Holy Communion. Truly a "Foretaste of the Feast to Come"...every Sunday.
I thank you and Pastor Becker for being Confessional and Faithful to the Question "Did God Really Say?"
Yes...we need to be fussy in the Liturgy. By the Holy Spirit working through the MEANS OF GRACE, people should be in awe of what God is saying to us with the tools of the 3-Year Lectionary, the Church Year Calendar and the "Fussy to Detail" Liturgy of the Lutheran Church-Missouri Synod. Every part is important and comforting...and works to plant faith.
Timothy Carter, simple country Deacon. Kingsport, TN.