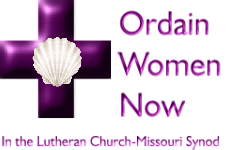 Some have take up the expulsion of Dr. Matthew Becker as if it were the Nazi's on the rise again to steal reason, integrity, truth, and virtue.  It just goes to show you that we are all adept at insisting the sky is falling.  Once in a while it is but most of the time it is merely a cloud we think looks ominous.

Elizabeth Goodine as written a somewhat passionate but rather panicked response to the Becker situation.  You can read it here.  She ends with some hysteria equating the refusal of Dr. Becker to teach in accord with the publicly stated doctrine and to practice consistently with the Lutheran Church Missouri Synod as a modern day Nazi machine moving to rigidly enforce a false truth and to prevent truth, justice, reason, and the American way of tolerance and accommodation from winning the day.

There are a number of things Ms. Goodine forgets.

Finally, Ms. Goodine closes with this line:  Will history remember me as one who stood up for free thought and for justice in this time and place?  The Church is many things but she is not a place where free thought is encouraged or given primacy when it comes to doctrine and practice.  Missouri in particular takes seriously that we are captive to the Word, bound to our Confessions, and constrained by our Synod's doctrinal stance to teach, preach, and practice consistently with these givens.  We do encourage free thinking and creative ideas in the implementing of our doctrine, mission, and practice but the boundaries of what we believe, confess, teach, and practice are not shaped by individual opinion or even by convention vote.  We insist that the Word of God and the Confessions are the backbone of this belief and practice.

Justice is a good thing.  Mercy is better.  The LCMS has been painfully slow and very reluctant to hold people accountable and to act with fair and impartial consequences when they refuse to heed the counsel of their supervisors and teach and practice faithfully with respect to what we have said and agreed upon.  That will not change.  It may frustrate some who want swift action but it is the slow, deliberate path of love.  Some have forgotten this and have spoken or acted rashly.  I pray I am not one of them but I know when I hear rhetoric that is over the top.  Points made in this regard are seldom helpful except at raising the level of heat and diminishing the light in such circumstances.
Posted by Pastor Peters at 6:00 AM

Elizabeth Goodine as written a somewhat passionate but rather panicked response to the Becker situation. You can read it here [at a pro-pastrix website].

In other news, it was reported that someone scribbled something crazy on the wall at an insane asylum.

Ms. Goodine is more likely not to be remembered by history at all, as are most of us. A few generations hence, and her name will rest in obscuriy, more than likely.

Why is it we don't see the theological forest for the trees? The desire to have women pastrixes is a denial of Scripture. If we don't believe St. Paul was inspired by the Holy Spirit, then all h--- can break loose, literally. I talk to other women who have daughters who are pastrixes, who give me the usual line, "that was then, this is now" (or some version of it). "The only thing certain is change." Sorry, but the ONLY thing certain is God and His Christ, and the fact that they do not change.

I know many of these people are believers, but desiring to change God's Word is a form of unbelief. Lord, we believe, help our unblief.

How serpentine of Goodine to ask "hath God said?"

Many of the arguments used against the ordination women in LCMS were once used against women voting. All things seem to change over time.

Yes, the LCMS should repent of its changes regarding women voting.

My fear is that it will take 25 years (or longer) to rein in the FiveTwo "sacramental entrepreneurs."

That's about how long it took to rein in the RIMmers.