Truth no matter what the source. . . 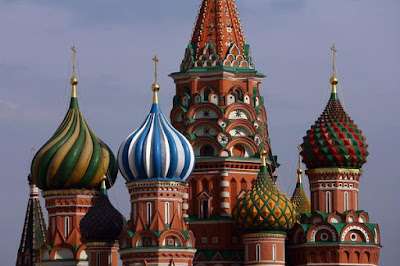 While the hands of the Russian Orthodox Church are surely stained by betrayal and by duplicity with respect to the Soviet period in history and even, perhaps, now with Putin, that does not prevent them from being absolutely correct -- if we can and will listen:

"The general political direction of the [Western political] elite bears, without doubt, an anti-Christian and anti-religious character. We have been through an epoch of atheism, and we know what it is to live without God. We want to shout to the whole world, ‘Stop!'"

-Patriarch Kyril of Moscow and all Russia

Though the Church is always concerned for the implications upon their own faith and practice, there is another side to all of this.  Justices who confuse their own opinions for legal truth and constitutional point have little to restrain them for other rulings even more injurious to our nation, our society, and our common values.  People who proclaim to be men and women of faith cannot quiet their face to make choices inimical to that faith and expect no consequences (thinking here especially of the Roman Catholic legislators, congressmen, senators, and justices).  We cannot at the same time claim for ourselves the never ending freedom of self-expression for sexual desire, vulgarity, and prurient interest while claiming offense for speech, symbol, and political expression that differs from us.  While the danger to our faith is substantial, the danger to the very fabric of our nation and our communities is even greater.  It may be dangerous to consign some voices of faith to a place outside the public square but it is even more dangerous when we are left more deeply divided as a nation and as a people at the very time when threats to our country are greater than ever. There are those who are not speaking from the vantage point of faith who worry that the very pace of change and the radical nature of this change will prove too much for our nation to absorb and we will be left a fractured people whose suspicion of one another and deep distrust of government and institutions will isolate us and leave us more vulnerable than ever to our enemies.
Posted by Pastor Peters at 6:00 AM