A legal choice that one hopes is never made. . . 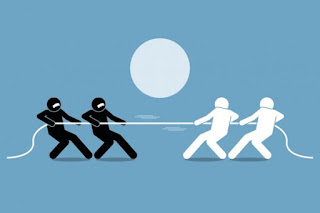 What do we make of all our division over abortion?  For surely the proxy fight that played out over Kavanagh's nomination to the SCOTUS was less about the man than about Roe v. Wade.  It would not have mattered if there were no charges to his character, there was something else that was going on.  Yet poll after poll show that at the edges about the same percentage of people want to ban it entirely (taking the choice away) also want to prevent any ban and leave no limits upon the choice.  In the middle are people who mostly wish it was a choice that no one ever made -- sort of the way many Christians look at hell and hope that it is mostly empty.

I will admit I have no understanding of why a mother would want to end her pregnancy.  I certainly do understand it is costly to bring the pregnancy to term -- costly in so many ways -- but the choice, if there is one, was made before the pregnancy text was positive.  I have lived with the regret and shame of many choices made and suffered for them.  I am not comparing these to the abrupt awareness that you are pregnant with a child you do not desire.  What I am saying is that the common drive for abortion is the desire to have a way out, a do over, a release from the responsibility of a choice already made.  This is not unique to a woman who finds out she is pregnant.  It is the common malady of sinners since the Fall.  We are all like Adam in our pursuit of any alternative but the one consequence of a choice already made.  But that choice is usually one with smaller consequences than the death (not of a fetus but) of a child.  This only magnifies and puts directly into the cross hairs the nature of our fallen lives and how we deal with regret.

That is the key.  We all wish we could live without regret.  That is why we have some sympathy for the women who find themselves pregnant with a child they do not want.  We have all been there, lived with the regret of a choice made, and in desperate search for way out.  No one but a monster would look at the frail figure of an aborted child and say this is good.  But everyone of us knows what it is to look with regret upon a choice we do not want to live with but cannot live without.  So when it comes to abortion, most Americans may not be ready to say it cannot ever be allowed but they are very ready to say it SHOULD never be necessary.  In other words, Americans think it should be legal but rare, so rare, in fact, that we never hear about it.  Why?  Because we want for all to make better choices, to choose so that there will not be regret.  This is how we feel about divorce as well.  It should be legal but we hope it will be seldom if ever used, that every marriage would be rescued from the ravages of divorce upon spouses and children and families as a whole.

That is why forgiveness is sometimes disappointing to us.  We want forgiveness to make the whole thing go away.  The guilt does but the consequences of the act remain.  So the murderer is forgiven but still must account for the crime and suffer the just punishment of the law.  So the rapist and the liar and thief and so on.  When, in the name of Christ, the Church speaks forgiveness to the guilty soul, what the Church cannot do is prevent the ordinary consequences of the act from being suffered by the one who committed it -- even though he or she be forgiven.  We have come to make forgiveness into a do-over.  But that is not what it is.  We suffer the consequences in part to learn from them.  Some have come to think of abortion as forgiveness and a do-over, born of honest and understandable regret.  They wish that everyone could abort words they have said and things they have done.  This is a false and misleading dream and a trivializing of what forgiveness really is.  The pro-choice argument is that life should have do-overs, no consequences from bad choices.  What we can offer is not this but real and genuine forgiveness and honest help to those who find themselves with a child they were not prepared to have.  This may not seem to be the ideal solution but it is the best solution of all.  The grace of forgiveness to answer regret and guilt and the grace of hope and future for the child.  It is for this that the Church addresses the world in Christ's name -- not simply to insist that wrong is wrong but wrong is answered by forgiveness for mom and gracious support for her and her child.  And, perhaps, one more thing.  Learn where the choice is and where it is not.  It is not a perfect solution but, it is the only real option.  And, I think, when push comes to shove, even those who are not religious would rather have this than do-over that comes at the cost of a life.
Posted by Pastor Peters at 6:00 AM

"What do we make of all our division over abortion?"

Demonicrat Nancy Pelosi recently warned "if there’s some collateral damage for some others who do not share our view, well, so be it." "Collateral damage" is a military euphemism for the incidental killing or wounding of non-combatants or damage to non-combatant property during an attack on a legitimate target.

"The rhetoric has escalated to the point where it has come to define the political parties."

The Demonicrat party platform has promoted the slaughter by abortion of 55 million persons of the womb over the last four decades. The Republican platform consistently has, at least, opposed elective abortions, which are the overwhelming majority of abortions performed.

This can be compared to the two parties' positions on slavery just prior to the start of the Civil War.